Home » TV & Movies » 'The Masked Dancer': Here Are the Leading Guesses for Identities of Season 1 Contestants

'The Masked Dancer': Here Are the Leading Guesses for Identities of Season 1 Contestants

From Monica Lewinsky to Kevin Federline 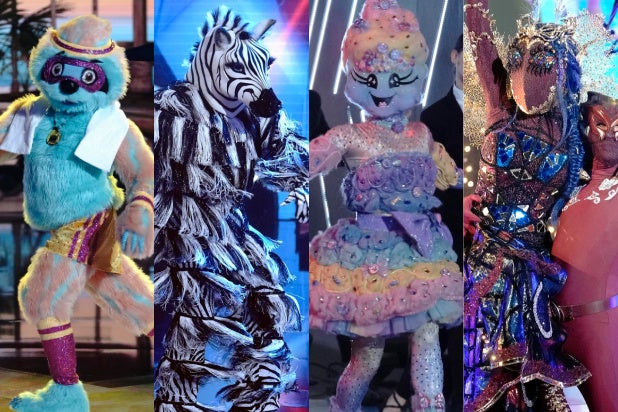 We’re two episodes into the first season of Fox’s “The Masked Dancer,” a spinoff of the smash-hit competition “The Masked Singer,” which puts the disguised celebrity contestants’ moves center stage, rather than their voices.

Following Wednesday’s episode, we have now seen performances from all 10 masked stars competing on Season 1, and the un-maskings of two eliminated performers: Group A’s Disco Ball (who turned out to be Ice-T) and Group B’s Ice Cube (revealed to be Bill Nye).

But who are the famous people still left to be unveiled? Here TheWrap has rounded up the guesses thrown out by “Masked Dancer” judges Ken Jeong, Paula Abdul, Brian Austin Green and Ashley Tisdale for the identities of the remaining eight Season 1 contestants.

We still have several weeks to go before the curtain closes on “The Masked Dancer’s” first season, so more (and better) guesses are still to come.

“The Masked Dancer” airs Wednesdays at 8/7c on Fox.

END_OF_DOCUMENT_TOKEN_TO_BE_REPLACED

END_OF_DOCUMENT_TOKEN_TO_BE_REPLACED
Recent Posts
We and our partners use cookies on this site to improve our service, perform analytics, personalize advertising, measure advertising performance, and remember website preferences.Ok