‘The Story Of Late-Night’: From Steve Allen & Johnny Carson To Desus & Mero, CNN Docuseries Explores The Changing World Of Talkshows

Steve Allen, the co-creator and first host of The Tonight Show, was largely responsible for late-night television as we know it.

Remember Johnny Carson’s Carnac The Magnificent? Well, take a look at Allen’s The Question Man (below).

“Steve Allen was the generator of a lot of ideas that were ahead of its time,” says Billy Crystal in CNN’s documentary series The Story of Late Night.

The six-part series is a historical deep dive into the origins of the genre that still resonates today as well as a love letter to the medium. It has been overseen by Bill Carter, a man who knows a thing or two about late-night, as the former New York Times media correspondent and author of The War For Late Night and The Late Shift.

Carter is currently a CNN contributor and his involvement helped Cream Productions, the Toronto-based production company behind CNN’s History of Sitcom and Netflix’s Age of Samurai: Battle for Japan.

John Ealer, who has worked on series including The Men Who Built America and The Making Of The Mob, signed on as showrunner and director.

“This was a project that was very much in the entertainment space, but my background being in historical docudramas gave me a lens to focus on the importance of entertainment to illuminate American culture,” he told Deadline.

He stressed that the team wanted to make a deep-dive documentary rather than just a clip show of the funniest late-night bits. “It’s the story of America and what we laugh at, how we laugh at it, how this amazingly organic American art form came to be. That’s a really unique and interesting story, and by looking at the historical context, not by dwelling on it, it helps us explore things, important issues in America across time and how we laugh at things, and how that has changed and how we’ve turned to these amazing hosts in this format that has become amazingly resilient and reliable, and what it means to America from the times of Robert Kennedy’s killing to Covid.”

The series begins with Allen, whose zany spontaneity turns The Tonight Show into an unexpected hit and who was followed by Jack Paar, who similarly shook up the genre, although he may be best known for storming off the set after the network cut a joke about a water closet (aka toilet). 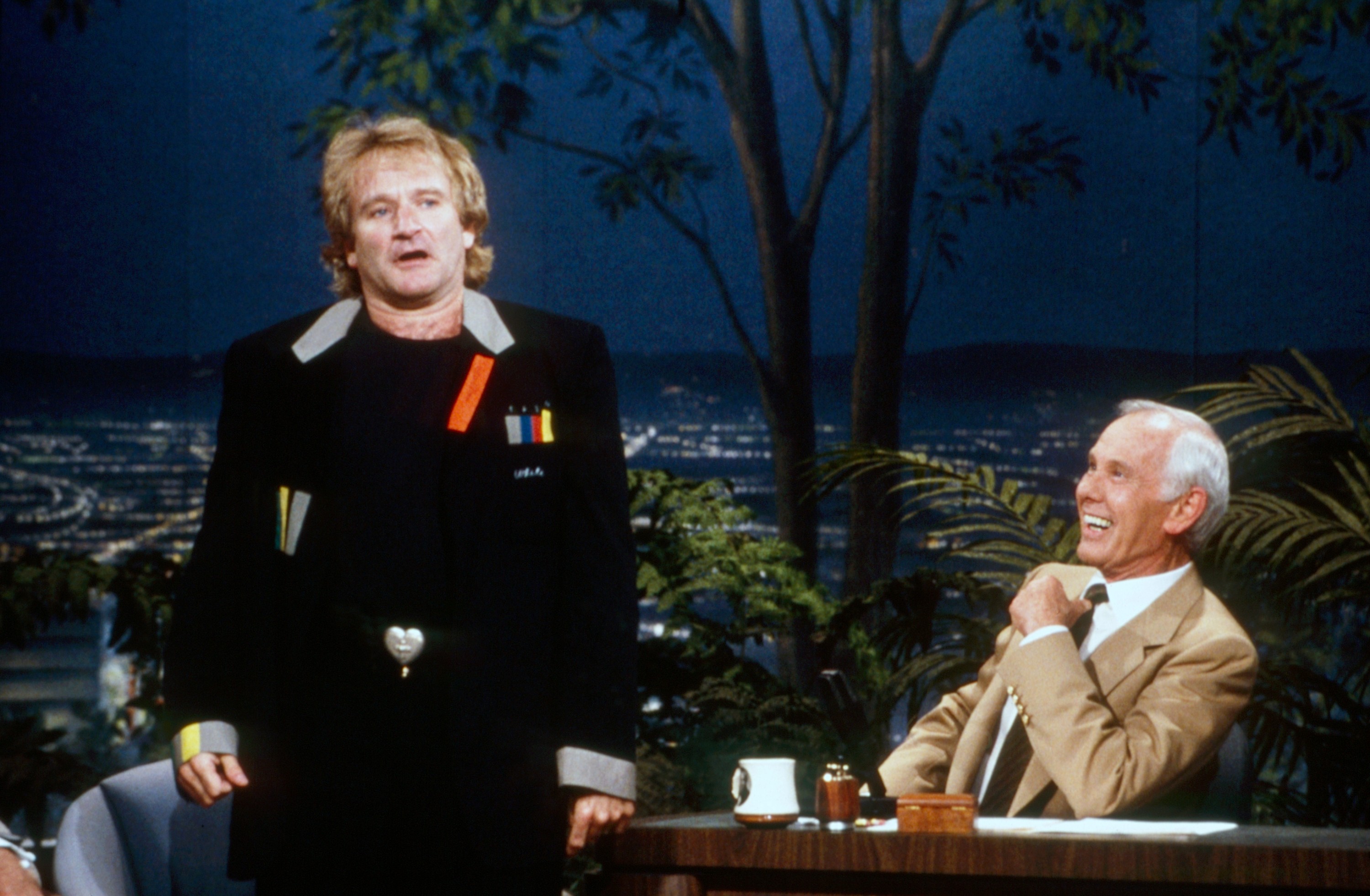 Then came Johnny. Carson hosted The Tonight Show for 30 years and is indisputably the king of the genre. He popularized the monologue, which is still key to most late-night shows today, and was a hugely inspirational figure for those who followed, particularly for David Letterman and Jay Leno, who themselves battled it out to take his seat behind the desk.

The Story of Late Night delves into Carson’s reign and the story of naming his successor – the battle between Leno and Letterman, before the final two episodes look at how Jon Stewart and Stephen Colbert helped reinvent the genre and the introduction of the likes of Jimmy Fallon, Trevor Noah, James Corden, Seth Meyers, Amber Ruffin, and Desus & Mero.

Ealer said that it’s treated like an “unfolding story” that begins in 1950 and runs through 2016 (albeit with a few lines about the recent Covid changes). “It’s basically a family tree. To understand late night, you need to tell it as one organic story, but we also feel by exploring the themes that come up along that story, like issues of say race or representation, we can engage with issues of culture.”

One example he gives is in 1968 when Carson brought on Martin Luther King to tell a joke on The Tonight Show. “It’s probably the longest single clip in the show. I refused to let the editors cut it down. They said ‘It’s too long’, but we had to leave it in, it’s hilarious, it’s Martin Luther King telling a joke.” 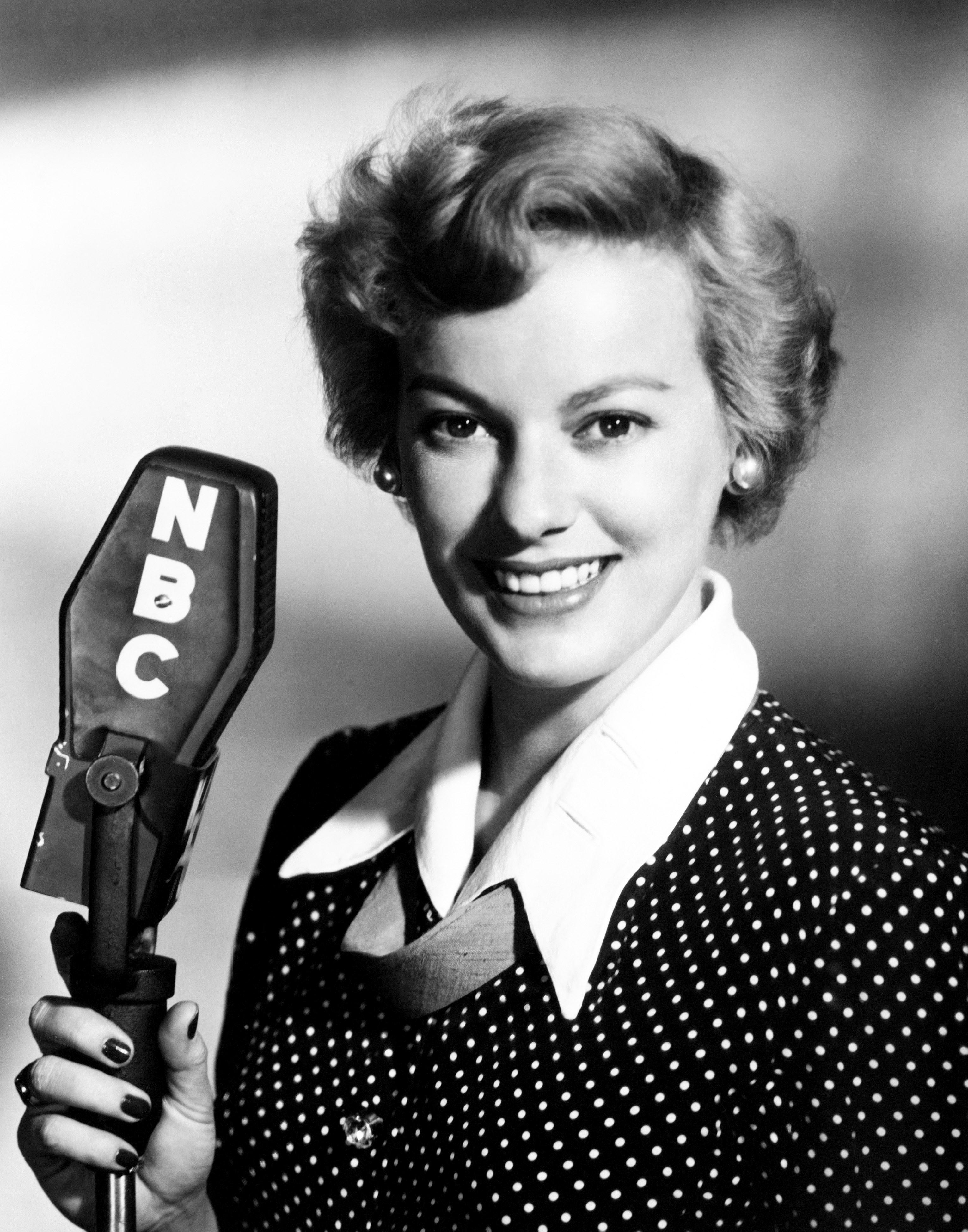 The show also looks at Faye Emerson (right), widely considered to be the first-lady of late-night television, who paved the way for the likes of Chelsea Handler, Samantha Bee and Lilly Singh. Ealer said that Syracuse professor Robert Thompson led them to Wisconsin to talk to Maureen Mauk, a former Fox exec now at the University of Wisconsin-Madison, who helped preserve and digitize her archive. “Our eyes exploded because none of us had heard of her,” said Ealer. “In an era where we’re constantly and appropriately looking to evaluate ourselves and do better with representation, we took very seriously the obligation to do that in late night history. Maybe the first late night imprint on the moon was a woman and that’s pretty amazing.”

Preserving and digitizing footage is an important part of late-night television. Much of Carson’s early shows were never preserved and essentially taped over, something Carson discovered during a contentious contract renewal in 1972.

“One of the unique and sometimes sad things is that early on late night was considered disposable,” said Ealer. “It was considered effectively like a newspaper. It comes on the air at night. You watch it, and then basically you throw it away, and because of that a lot of the material from the early era, and surprisingly we find it’s been lost or it’s hard to find.”

Cream worked closely with Jeff Sotzing, Carson’s nephew who runs his estate, to find archive. Ealer said that the networks – ABC, CBS and NBC – also opened up their libraries “in ways that no one’s been allowed in before”. But he admitted there were some challenges. 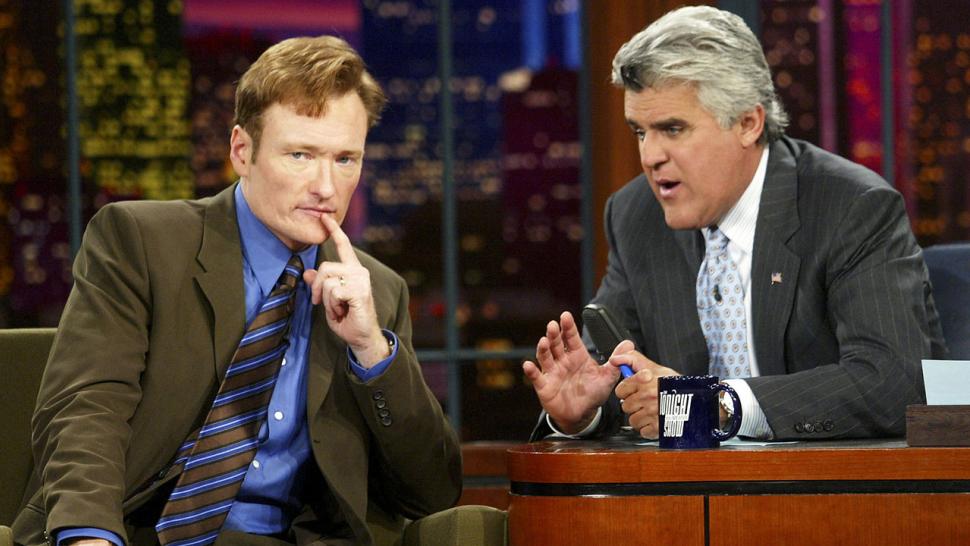 “Even in the Jay Leno era, starting in the ‘90s, we could find a clip that we wanted to use, but we couldn’t find the date so we’d look at the tie Jay Leno was wearing, look at the jokes from the monologue, cross reference that with promotional stills that were on our archival still libraries, cross reference that with newspaper clippings that showed the guests that were on that night to find the air dates so NBC could then go back into their library and pull the master tape for us,” he said.

Ealer paid tribute to Carter’s work to nail down interviews and get top stars and executives to talk. “He is the walking, talking, beating heart or memory core storyteller of late night,” he added.

While there are interviews with dozens of top names, including Jimmy Kimmel and Conan O’Brien, unfortunately David Letterman and Jay Leno declined to sit down and discuss.

“They’ve been very supportive helping us make sure we could use the clips we wanted but the thing about late night is when you’ve been in the public eye as much as they have, when you’ve answered the questions so many times, it’s natural to want to open a new chapter and move on,” he added.

The Story of Late Night premieres on CNN on May 2. It is exec produced by Carter, Cream’s David Brady, Kate Harrison Karman and Jennifer Harkness and CNN’s Amy Entelis and Lizzie Fox.