The Walking Dead: Merle Dixon star claims AMC ‘didn’t know what to do’ with character

The Walking Dead viewers got their first taste or Merle Dixon (played by Michael Rooker) in the second-ever episode of the AMC series as he was introduced to Rick Grimes (Andrew Lincoln) for the first time. It was clear from the off Merle wasn’t like any of his cohorts – he was a brash, quickwitted, insensitive yet effective fighter compared to the others. And it didn’t take long for him to be ostracised from the group.

Merle stepped over the line one too many times in the show’s debut season and was deemed a liability by the group as they attempted to flee Atlanta.

As a result, Merle was left handcuffed to a drainpipe on top of an abandoned department store while the like of Glenn (Steven Yeun) and Andrea (Laurie Holden) made their escape.

It wasn’t until a distraught Daryl Dixon (Norman Reedus), Merle’s brother, went to retrieve him later that he was nowhere to be found.

Merle had instead chopped off his own hand to escape a hoard of oncoming Walkers, proving the man’s ruthless nature. 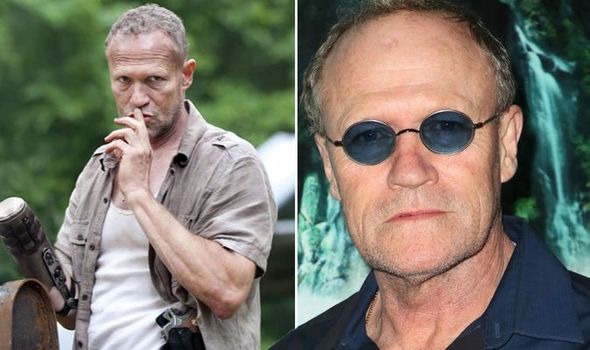 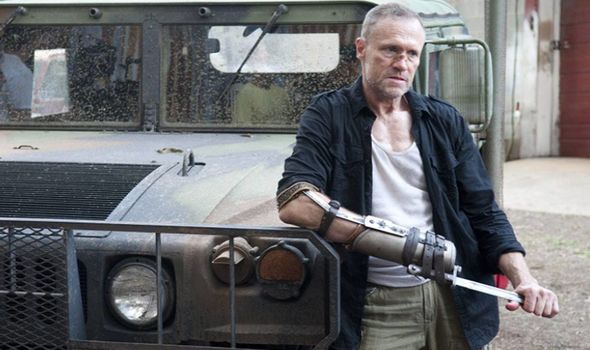 His whereabouts remained a mystery to Rick and his group until they stumbled upon The Governor (David Morrisey).

Equipped with a terrifying, all-singing-and-dancing prosthetic hand, Merle had become one of The Governor’s most valuable allies.

However, Merle still clearly had a soft spot for his brother and Rick’s group, despite being left to fend for himself.

This was ultimately Merle’s downfall, as when push came to shove, The Governer ultimately took him out of the picture. 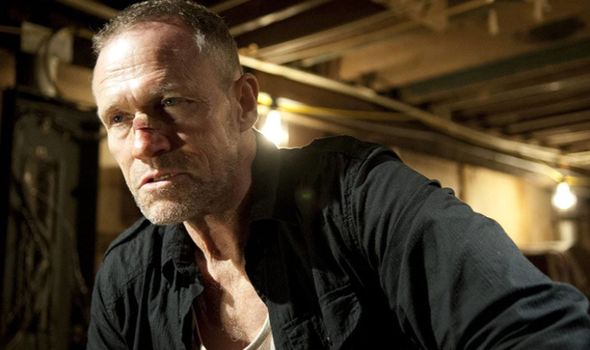 Merle only lasted a little over a dozen episodes all in all over three seasons but his impact and memory live long in the TWD universe.

With such a charismatic character making such an impact on viewers and the storyline alike, actor Rooker has now claimed AMC almost “didn’t know what to do” with him.

Speaking to SYFY Wire, Rooker explained why he felt his character resonated so much with fans.

He began: “It’s really hard to explain. I’m not completely sure why that all occurred but it did, and it ended up being quite an amazing sequence of events.

“Merle Dixon… what an unbelievable character. Wow. And to have the opportunity to have the time to develop it.

“It’s basically three years of work, and they held off on the second season. I’m not sure AMC knew what to do with the character.

“They held off and they held off, and the moment I came back in the sequence when Norman’s character has fallen down into the ravine and I end up being his guardian angel who comes to him and antagonizes him enough to force him to get up and climb. It was just a gorgeous way to bring the character back.

“Then in the third season, I come back full strength which is so very memorable.”

Rooker added: “But from day one all the way to the death of Merle, my favourite sequence was in the beginning, on the rooftop. I’m handcuffed to the roof. T-Dog drops the key down the pipe, I can’t get loose and I end up cutting my hand off.

“That whole sequence for me was unbelievable, to be able to do a nine-minute monologue was fantastic.

Rooker has gone on to land roles in HBO’s True Detective and the Fast and Furious movie franchise since his TWD exit.

The Walking Dead season 10 returns to AMC and FOX UK later in the year.

END_OF_DOCUMENT_TOKEN_TO_BE_REPLACED

END_OF_DOCUMENT_TOKEN_TO_BE_REPLACED
Recent Posts
We and our partners use cookies on this site to improve our service, perform analytics, personalize advertising, measure advertising performance, and remember website preferences.Ok