For the best part of a decade on AMC, Rick Grimes (played by Andrew Lincoln) endeared himself to viewers across the world as the death-defying leader on The Walking Dead. Therefore, his exit from the horror series left fans understandably devastated midway through season nine, although he does appear to have lived on off-screen. Now, as many TWD fans will be aware, Rick is billed to appear in a series of feature-length movies.

And it’s the reprisal of the role of Rick in the big-screen flicks which has actor Lincoln “itching” to return.

Screenwriter Scott Gimple revealed all of the currently available details about the movies during Comic-Con: At Home last weekend.

Discussing Rick’s return, Gimple said: “So much of what we’ve been doing is honing and tweaking and experimenting, and we’re just in the lab with it,

“And we’ve been playing around a lot. We were doing that before and now it’s forced upon us [because of the coronavirus pandemic].” 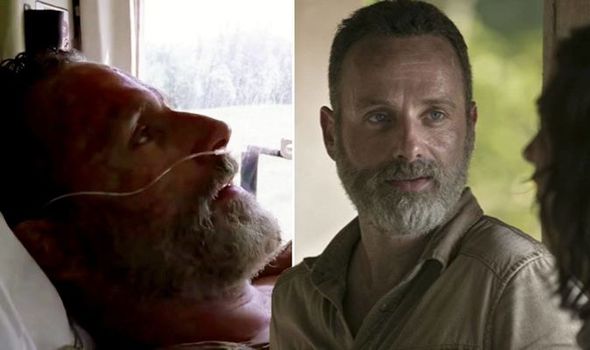 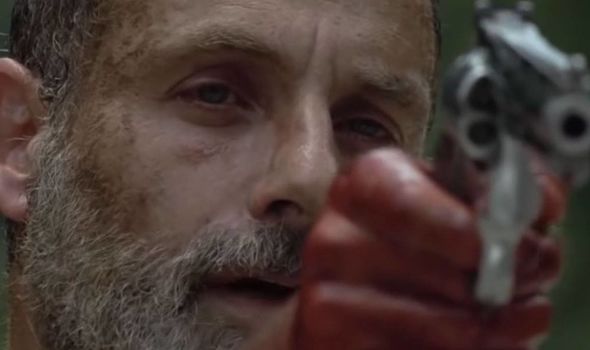 He continued to ComicBook.com: “We don’t know when we would be doing it if everything was finished right now, we just don’t know, but we’re still in the lab.

And while Lincoln will be the main star, Gimple also revealed how the actor has a huge say in what goes on behind the scenes.

He told the publication: “He throws around the football with the rest of us. He’s very, very interested in this thing.” 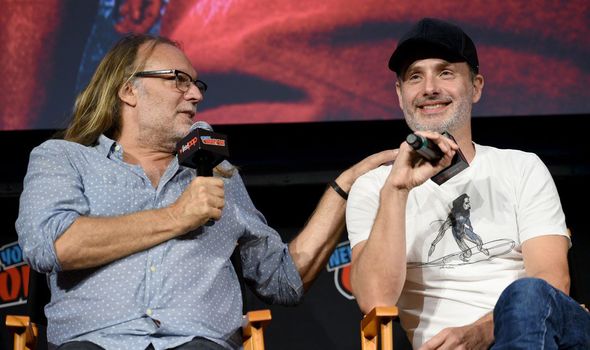 “And I got to tell you, he’s itching to get back, too. We all are,” Gimple concluded.

But could Lincoln’s eagerness to return as Rick translate onto the AMC series in the future?

One former TWD stalwart who will be making their return for sure in the delayed season 10 finale is Maggie (Lauren Cohan) – but will she be alone?

Lincoln’s return as Rick wasn’t the only moment from Comic-Con to get TWD fans talking.

During the cast and crew’s panel, Daryl Dixon star Norman Reedus found himself storming off following a jibe from his co-star.

During the jokey exchange, Reedus’ co-star Melissa McBride, who plays Carol, was asked what it was like working with Negan’s Jeffrey Dean Morgan.

McBride let out a squeek of glee before adding: “It was very exciting because -“

Reedus quickly interjected after not exactly receiving the same reception to a similar question posed to McBride earlier about him.

“He gets a very exciting and I get this,” Reedus interrupted, making a dismissive gesture.

The rest of the panel, including showrunner Angela Kang and Ezekiel star Khray Payton, all let out a laugh before Reedus carried on.

The Daryl star left his seat and walked out of show of the camera, bringing more laughs from his colleagues.

Luckily, the tantrum appeared to be in jest as Reedus soon returned to carry on with the panel.

The Walking Dead season 10 concludes on AMC on October 4.

END_OF_DOCUMENT_TOKEN_TO_BE_REPLACED

END_OF_DOCUMENT_TOKEN_TO_BE_REPLACED
Recent Posts
We and our partners use cookies on this site to improve our service, perform analytics, personalize advertising, measure advertising performance, and remember website preferences.Ok