THIS Morning viewers were horrified today after accusing James Martin of serving up a 'raw' sausage dish.

The chef appeared on the ITV show to make hosts Ruth Langsford and Eamonn Holmes a posh sausage pie with apple sauce.

James, 48, started by frying his coils of sausage in a pan, telling viewers it was important to "colour them first".

He added: "Once you have got a bit of colour on them, on one side, turn them over like that and just leave them.

“All you’re going to do is colour them on one side."

Once out of the pan, he covered the sausages in pre-rolled pastry before covering the top with a bit of egg wash.

He then placed them in the oven before taking out some he had prepared earlier.

As he did so he spoke about the sauce to go with the pie, saying: "The sultanas have been soaked in water for 24 hours, you drain them off and blend them with brown sauce.

“It’s amazing. All you do is stick the whole lot in a blender and serve it. It’s so simple this, you can have it hot or cold. It’s just a fancy pie.”

But when he cut open the pies after they had came out of the oven, some viewers were underwhelmed, wishing the sausages were a darker colour. 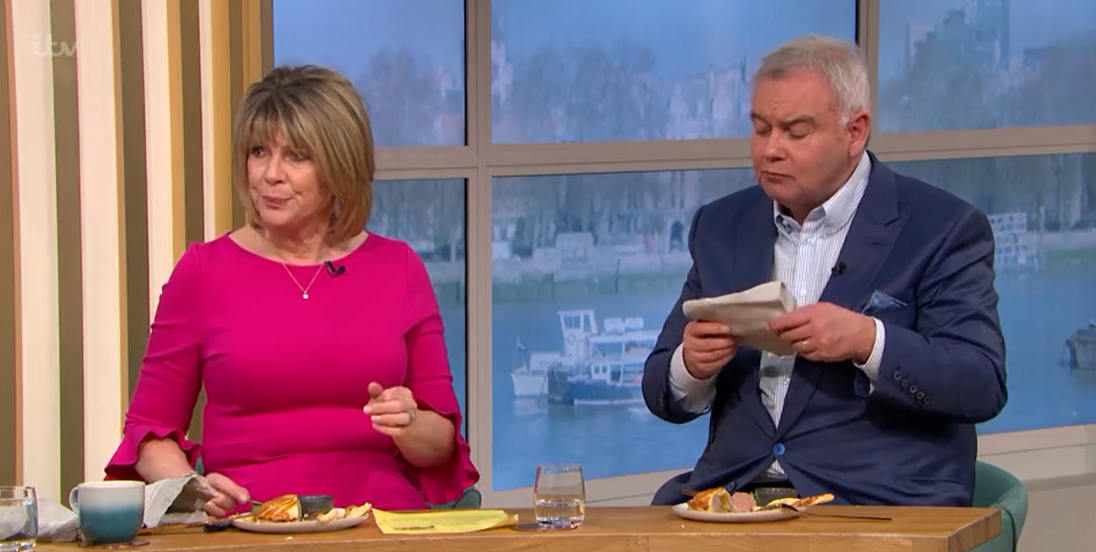 Taking to Twitter, one wrote:  “All that effort just to end up with a soggy raw sausage!”

Another joked: “I like raw sausage" while a third tweeted: "If that sausage is cooked then I’m a fairy.”

Meanwhile a fellow viewer added: "Think that needs another 10 minutes in the oven Jamesy.”

However Eamonn and Ruth seemed perfectly happy with the dish as they immediately tucked in.