Tiny shed just yards from Devon beach on sale for £45,000 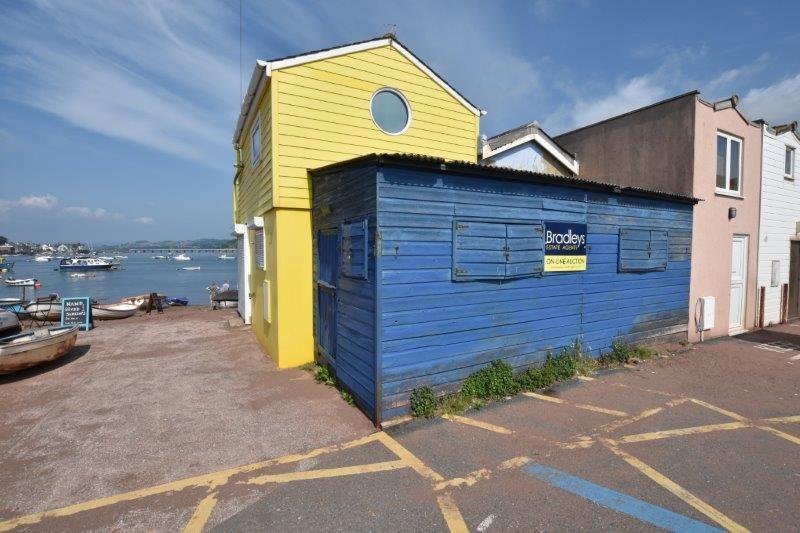 People are willing to part with a hefty chunk of cash to be near the sea.

Case in point: were this shed not just a few yards from the shoreline, we highly doubt it would be listed on a property site, let alone be on the market for £45,000.

But because it’s right by Teignouth’s Back Beach in Devon, that high price is exactly how much it’s going for – despite being just a plain shed with no jazzy interior features.

And to be clear, were you to buy the shed for £45,000, you wouldn’t have access to the river beach hut it’s attached to. Just the little shed.

Oh, and it’s in a car park. Perhaps that adds some ambience?

James Carden of Bradleys said: ‘It’s literally ten yards from the beach – you walk out the door and you’re on it.

‘Teignmouth has two beaches. There’s lot of front-lying beach huts which value up to 150/200 thousand.

‘This is slightly off pitch – it’s behind the front row of beach huts on the back beach but is attached to a nice yellow hut.

‘This blue hut has been with the family for 90 years and they’ve used it as their family summer beach hut.

‘These don’t tend to come up very often and seem to stay in the families forever. When they do sell they tend to sell within the community.

‘They’ve had it rented out to another family for about ten years but they’ve now vacated it.

‘We’ve had a couple of interested parties asking about commercial use. Its freehold – a lot of beach huts are lease holds, you put them up beginning summer then have to take them down.’

The commercial use idea is a smart one.

Alternatively, you could use the shed as a little artist’s studio by the beach, an office, or even a rather-cramped home base.

You might want to invest some cash in renovating the space, though. A lick of paint could do wonders.

If you’re keen to take on the project (and have £45k spare), you can get involved in the auction, running until July 16, through the Bradleys website.