Home » TV & Movies » Tommy dies in fire as he falls to death after an explosion in EastEnders?

Tommy dies in fire as he falls to death after an explosion in EastEnders? 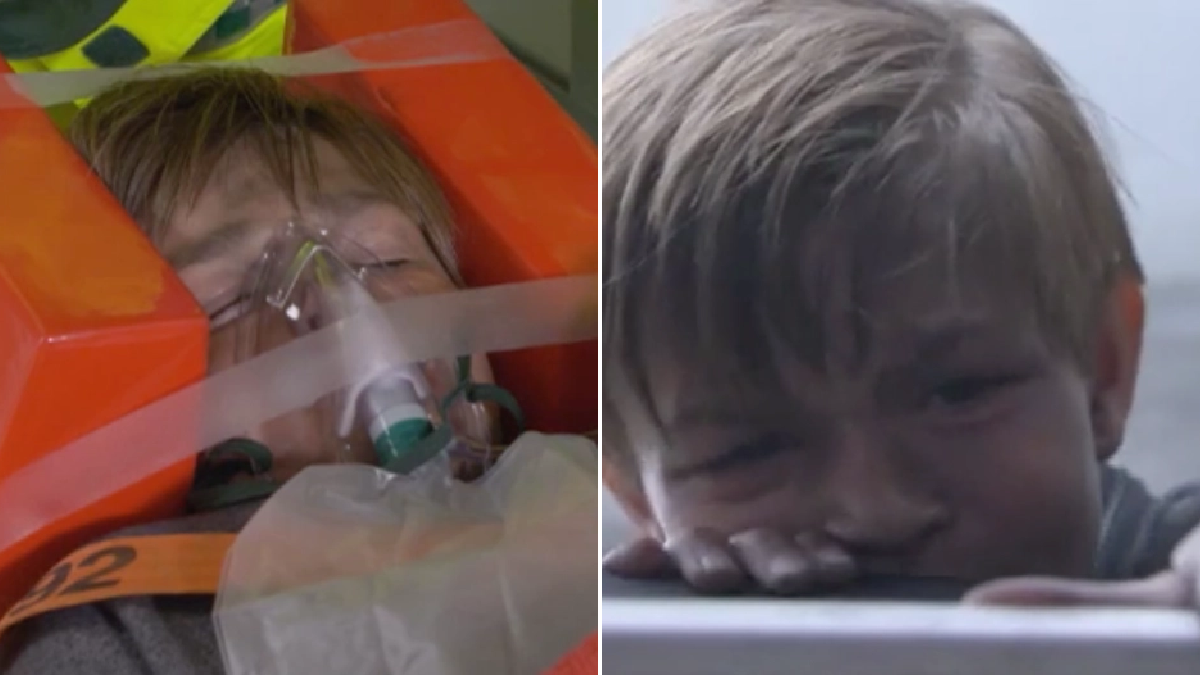 Tommy Moon’s (Sonny Kendall) life is on the line in EastEnders, after he fell from a window while escaping a fire at the Mitchell household.

The blaze broke out during Friday’s (September 10) edition of the BBC One soap, after Janine Butcher (Charlie Brooks) confronted Scarlett (Tabitha Byron) at 55 Victoria Road.

She was left in shock, however, when she stumbled upon Phil Mitchell (Steve McFadden), who was lying in the kitchen out cold.

Viewers will know that he had been attacked by Shirley Carter (Linda Henry) moments earlier. Tommy wanted to save him, but Janine was more concerned with getting Scarlett to agree to return home.

Scarlett, however, wanted to stay put, and thus a struggle ensued, and Janine ended up with her daughter’s jumper in her hand, which she unknowingly threw on the hob.

The garment caught fire, prompting Phil to wake up, but he had little to know energy to escape.

Janine, meanwhile, was angered when Tommy ditched the key down a hole in the floorboards, but her frustration became concern when she saw smoke coming through the door.

Tommy listened to Janine, as he attempted to retrieve the key, but his efforts proved fruitless, as the room filled with smoke.

Janine spied a hanger nearby, which she gave to him, and after several tries, he successfully got the key! But there was more terror to come, as once Janine opened the door, they realised the whole house was on fire.

The schemer tied jumpers around both Scarlett and Tommy’s faces, and encouraged them to hold hands, as she led them out of the room and down the stairs.

Tommy, however, got spooked when the flames neared him, and thus he retreated back up the stairs. Janine pleaded with Scarlett to get to safety, and thus she headed back upstairs to save Tommy.

She located him in a room nearby, and did all she could to open the window! After multiple tries, she succeeded, and lifted Tommy out of the window, delight to see the fire engine approaching.

But little did they know that the fire had entered the cupboard under the stairs, where there was gas! An explosion rocked the entire square, sending the residents nearby flying backwards.

Tommy, however, maintained a grip on the wall. That is, until he didn’t. The young lad fell from the window, leaving his nearest and dearest fearing the worst.

Will he be okay?

EastEnders continues Tuesday September 14 at 7:30pm on BBC One.