The network also announced a May 25 premiere date for House of Payne‘s eighth season and Assisted Living‘s second. They’re moving to a new night, Tuesday, from their previous Wednesday slot, beginning Tuesday, May 25 at 9 PM and 9:30 PM ET/PT, respectively.

Executive produced by Perry, House of Payne and Assisted Living ranked as the No. 1 and No. 2 comedy series, respectively, on cable for African Americans 18-49, 25-54, in 2020.Season 8 of House Of Payne features retired fire chief Curtis Payne, played by LaVan Davis, and his wife Ella, played by Cassi Davis Patton, who navigate the problems of life with their quirky modern-day family. Allen Payne, Lance Gross, Larramie “Doc” Shaw and Keshia Knight Pulliam also star. Ahmarie Holmes and Quin Walters join as recurring characters.

In the season premiere episode titled “Whiplash”, the Payne family becomes concerned while searching for C.J. after learning he ran into a burning building. 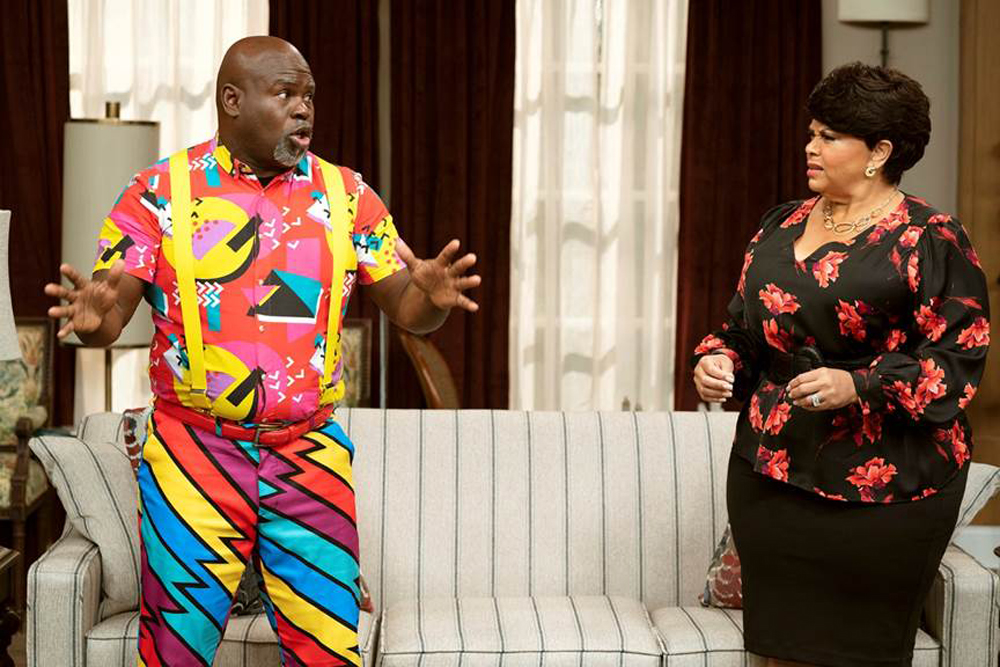 In Season 2 of Tyler Perry’s Assisted Living, Mr. Brown, Cora, and the gang open their Assisted Living facility and a hilarious variety of personalities come to live in the home. David Mann stars as “Mr. Brown,” Tamela Mann as “Cora,” J. Anthony Brown as “Vinny,” Na’im Lynn as “Jeremy,” Courtney Nichole as “Leah,” Alex Henderson as “Philip,” and Tayler Buck as “Sandra.”

In the season 2 premiere, “Bail Buns”, the crew band together to get Jeremy (Lynn) released from jail when they catch Sheriff Luckett (Joseph Curtis Callender) in a compromising position.

Both series air on BET and BET Her.