Home » TV & Movies » Walking Dead season 10: Will Negan die amid Alpha’s murder? Will Lydia save him?

Walking Dead season 10: Will Negan die amid Alpha’s murder? Will Lydia save him?

WARNING: This story contains spoilers for The Walking Dead

AMC’S The Walking Dead had fans on the edge of their seats for season 10, episode 12. In the episode we see Negan (played by Jeffrey Dean Morgan) walking with Alpha (Samantha Morton) in the woods. The pair are discussing Alpha’s daughter Lydia (Cassady McClincy) who is tied up in an abandoned shed.

Fans who have read The Walking Dead comic books would have already been aware of Alpha’s fate, but were wondering how closely the TV series would follow the literature.
In the comic books Negan ends up decapitating Alpha after lulling her into a false sense of security and betraying her once he is inside the group.
The TV series followed the comic books pretty closely to the letter, with Alpha experiencing a gruesome death at the end of the last episode.
We see Negan and Alpha walking through the woods speaking about Lydia, Alpha’s daughter, whom Alpha used to abuse physically and mentally. 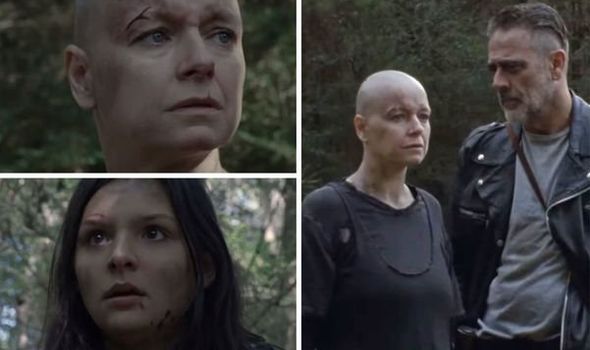 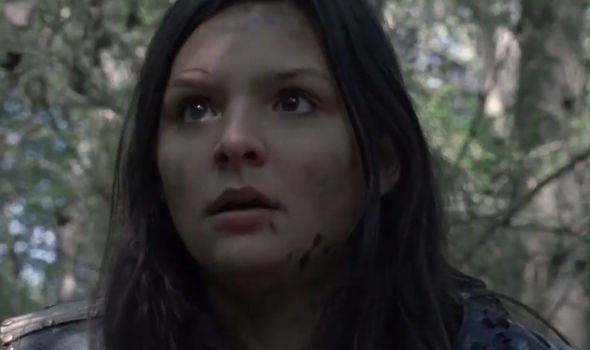 Lydia is limping through the woods and Negan catches up with her and kidnaps her, he then ties her up in an abandoned shed.
He is leading Alpha to the shed so she can see Lydia again and perhaps even kill her, but fans soon learn he has played a trick on her.
Alpha is heard saying to Negan: “Lydia was made for this, to be free with me. I have to do this because I love her, she has always been my baby.”
Negan and Alpha kiss before Alpha walks over to the shed, ready to confront her daughter. The camera then switches to Lydia who manages to untie herself and escape from the shed.
When she opens the shed door she sees a completely different site before her, and fans learn Negan has hidden her somewhere different, and in fact lied to Alpha. 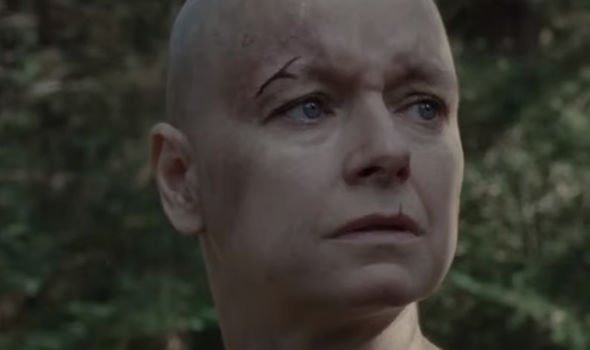 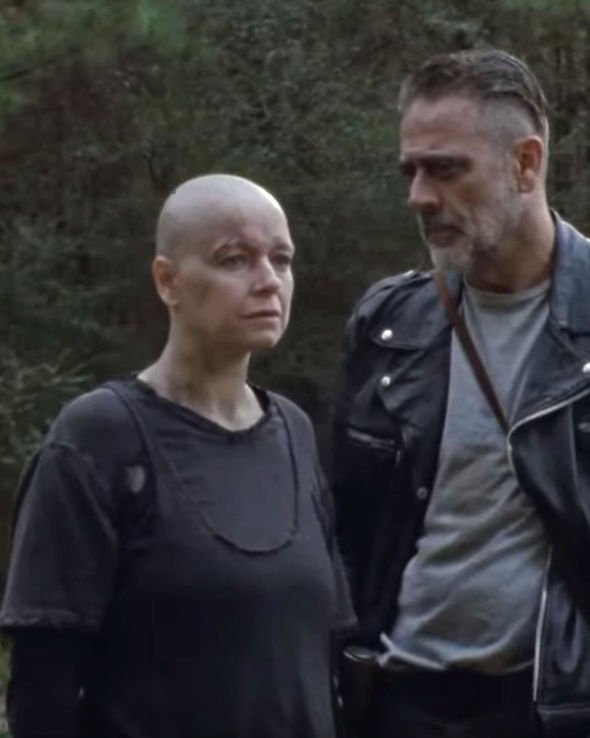 When Alpha opens the shed door it is empty and she realises she has been duped. When she turns around Negan takes a knife and slits her throat.
Alpha, who is in shock, starts to fall the ground and Negan catches her, kissing her and lowering her to the floor.
He lets walkers who are passing by feed on her before cutting off her head and carrying it in a bag to Carol (Melissa McBride), one of the survivors.
Carol says: “It took you long enough”, which indicates Negan was working for Carol and the rest of the survivors the whole time.

Fans are wondering what happens to Negan following Alpha’s death and whether Lydia will save him after what he did.
In an interview with Entertainment Weekly Samantha Morton said she knew well in advance about her death scene.
She said: “I think for me what was really amazing was that I made some really great connections early on with the team.
“Therefore, when you know what’s going to happen, and they communicate really well with you about the story arc, and where you’re going, you can just enjoy the ride then.
“You’ve got a little sneaky smile in your heart because you know what’s going to happen. It’s like having an amazing secret, but I suppose in a way in the comics that’s how she goes out.
“It’s kind of there anyway, and they don’t always do what’s in the comics, I know, but this one, you need something to happen to her. She’s just absolutely shocking.”

Alpha used to abuse Lydia before she managed to find refuge with the survivors and vowed never to join her mother again.
Fans are curious to know what will happen to Lydia now she has escaped from the shed and whether she will thank Negan for what he did, or punish him.
In an interview with Undead Walking Cassidy McClincy said: “Lydia isn’t quite sure of his motives, or what to expect of Negan going forward, but she is grateful to him for saving her and is horrified that he was blamed for Margo’s (Jerri Tubbs) death in the aftermath.”
Viewers will be interested to see the relationship develop between Negan and the rest of the survivors now he has completed his mission to kill Alpha.
Jeffrey Dean Morgan spoke on Conan about the different sides to his character. He said: “I have been having so much fun because now we have been seeing a different side of him.
“We see the dark side, a rough leader and what he is capable of, then we see him interacting with Judith (Cailey Fleming) and we see another side of him.”

The Walking Dead season 10 returns to AMC on Sunday, March 22

END_OF_DOCUMENT_TOKEN_TO_BE_REPLACED

END_OF_DOCUMENT_TOKEN_TO_BE_REPLACED
Recent Posts
We and our partners use cookies on this site to improve our service, perform analytics, personalize advertising, measure advertising performance, and remember website preferences.Ok