WESTLIFE have teamed up with some of the world’s biggest stars including Ed Sheeran and Mariah Carey.

But the band, whose hits include I Have A Dream, admit the only way to impress their kids is if they get a collab with rapper KSI. 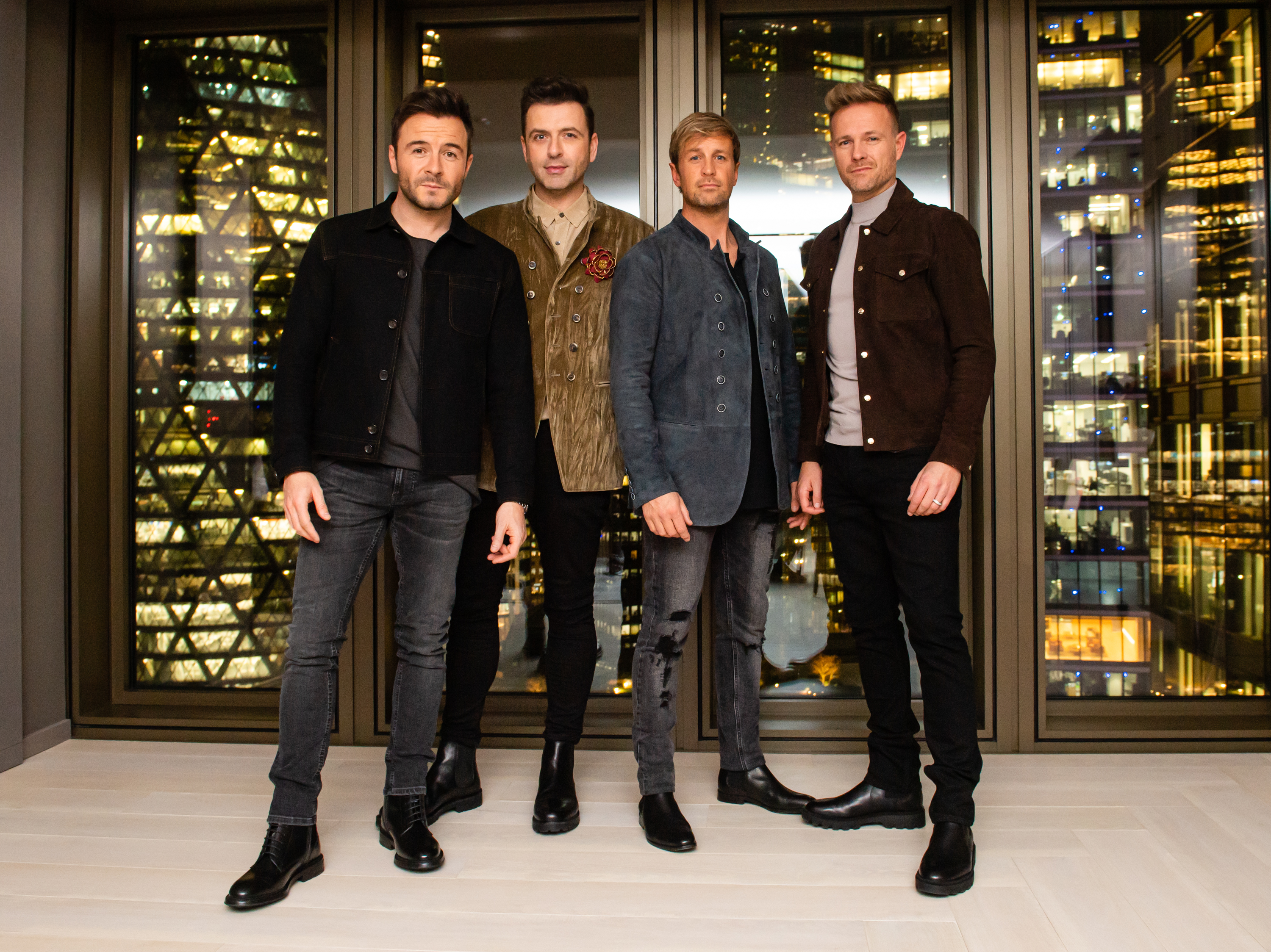 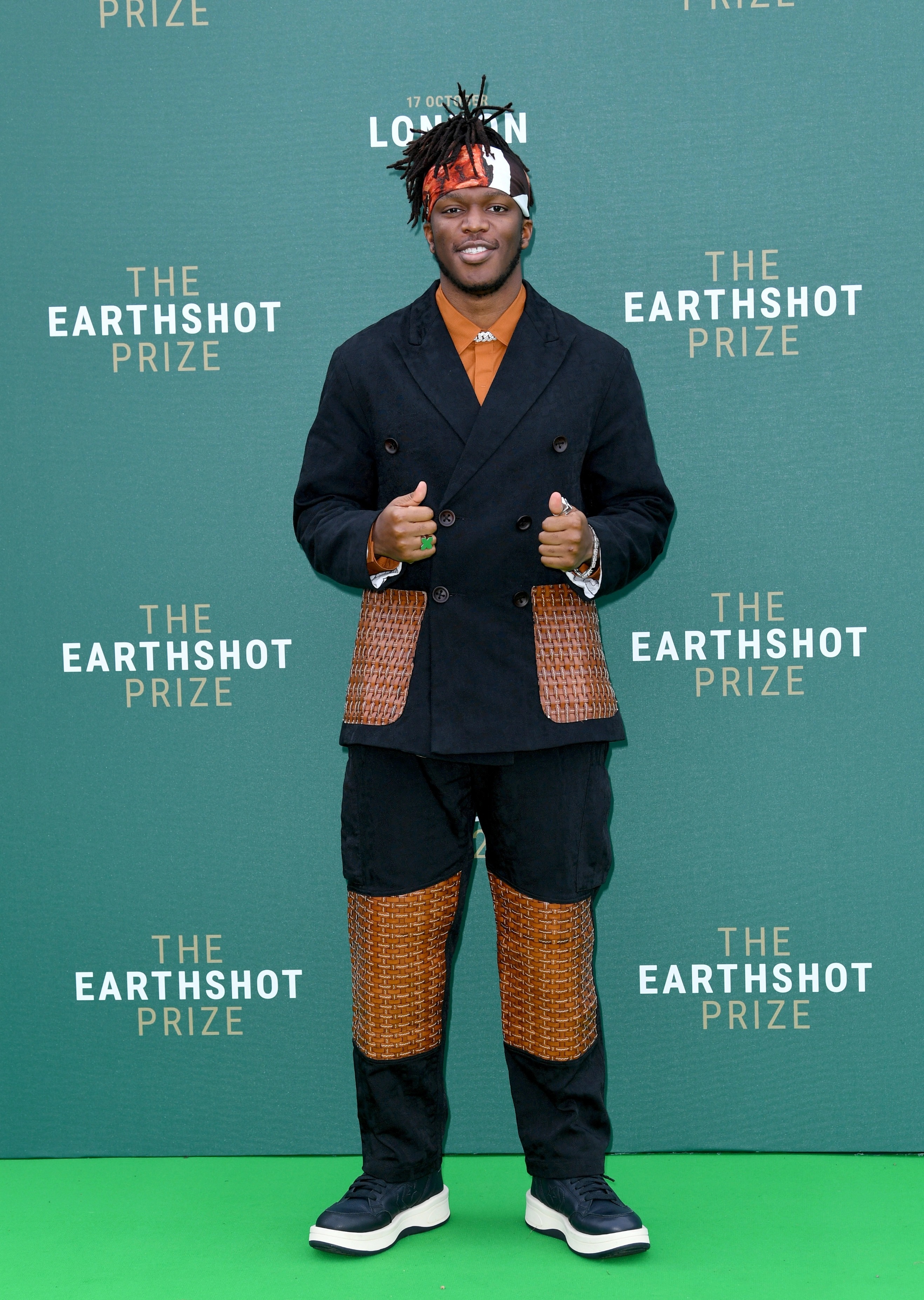 Shane Filan, Markus Feehily, Kian Egan and Nicky Bryne have scored 14 No1 singles in their career.

But they but reckon the YouTuber-turned-musician is the only man who could help them top the charts again.

Unfortunately, the lads don’t think they will be able to overtake the only group to have more chart-topping songs than them — The Beatles, with 17.

Sitting down for an exclusive chat ahead of the release of their new album Wild Dreams, which is out next Friday, Nicky told me: “It gets harder the older you get.

“All the radio stations and the places we used to go . . .  we are almost experiencing ageism. We can’t get our song on radio. What is going on? We are not hip and we are not cool.

“It’s not just us, it’s a generation of people, like Take That and Robbie Williams. But when we sit back and we are confident with the songs, then we can still be proud.”

They are still selling out stadiums up and down the country and will head out on tour again next summer.

But music streaming has also made it tough for them to sell the huge numbers they shifted when they started out.

Kian explained: “The streaming audience doesn’t listen to us, they listen to Dua Lipa and Olivia Rodrigo. My nephew was so excited when we met KSI and Nicky had to get a picture with him for his kids.

“But no disrespect, I didn’t know who he was. Dua Lipa could walk in now and I wouldn’t have a clue.”

Shane added: “If we did Westlife featuring KSI, honestly, my kids would think it was cooler than anything with Ed or Mariah. I still think we should do something with Sir Elton John. He is a legend and no one is getting tired of him any time soon.

“He is Mr Piano Man and we have been known to like a few piano ballads in our time, so someday I think it will happen. I’d like it to happen. Us and him together would be pretty awesome.”

Despite being confident about their new music, they reckon the likes of Spotify and Apple Music will mean it is impossible to get three more No1 singles to match the title set by the Fab Four.

Shane said: “We will never catch them. It is a different ball game now with streaming. If it went on physical sales we probably would. You have to be a very big streaming artist. It’s difficult for us to get a UK No1 now compared to what it used to be.”

Don’t give up hope yet, lads. If Elton can do it at 74, I have every faith Westlife can.

IT has been almost four years since Budapest singer George Ezra last treated his fans to new music – but he will make a stomping return to the charts in the New Year.

I can reveal that he is ready to make a comeback with a new single in January, followed by his third studio album just a few months later. 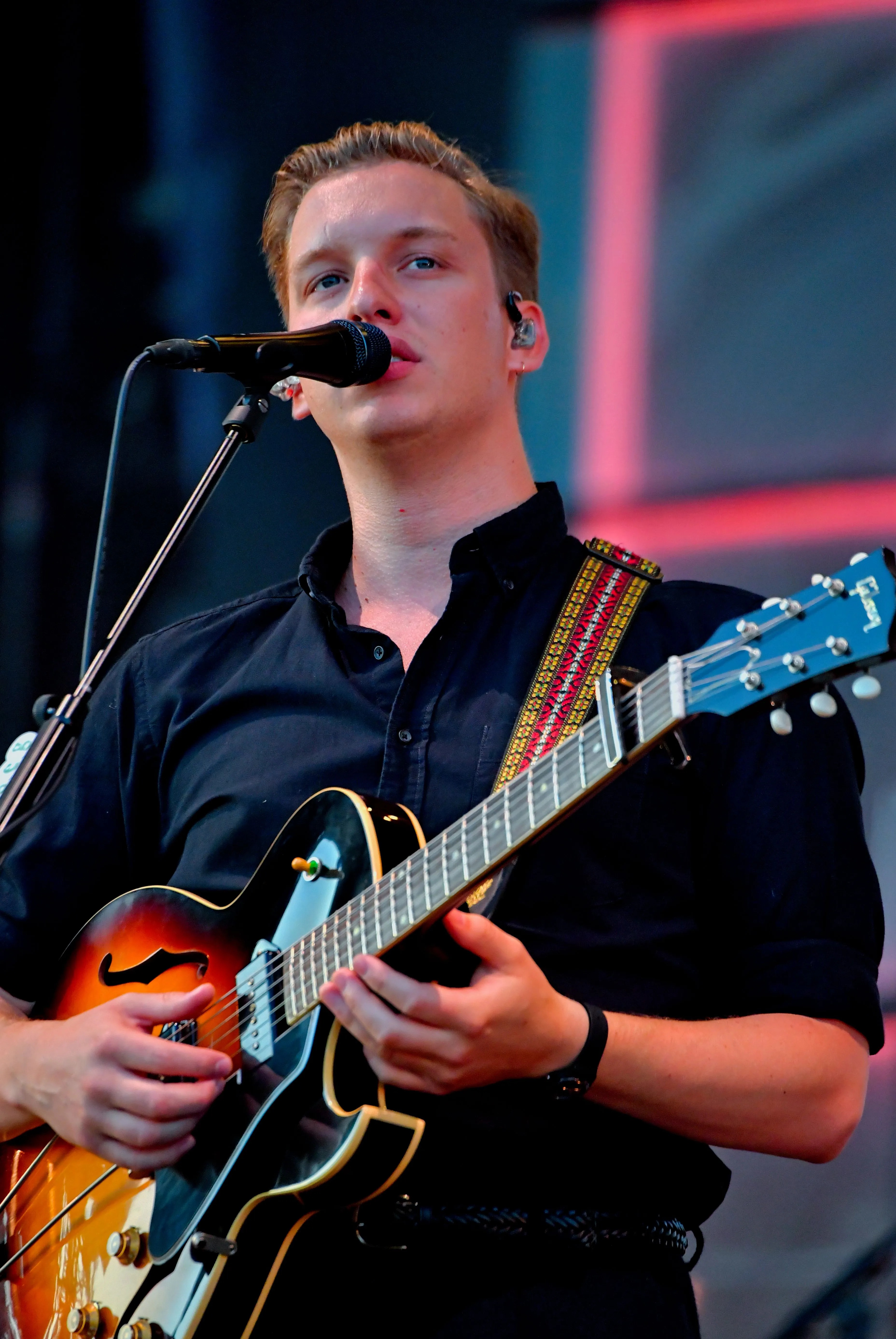 A music source said: “George has been working hard on the record for the past two years and is finally ready to come back.

“The single is set for the start of 2022 and there are talks about a possible performance at the Brit Awards in February, which would be perfect timing. The album will follow closer to the summer. It is sounding great.”

His last album, Staying At Tamara’s, became his second No1 in early 2018.
It featured hit single Shotgun, which was one of the year’s biggest-selling tunes.

If George can repeat that success again, he will be selling out massive venues across the country again in no time.

Swift rise to the top

TAYLOR Swift is set to beat Little Mix and Silk Sonic to No1 this Friday with her latest album Red (Taylor’s Version).

As well as topping the iTunes chart, it earned the biggest single-day streams for an album by a female artist in Spotify history. 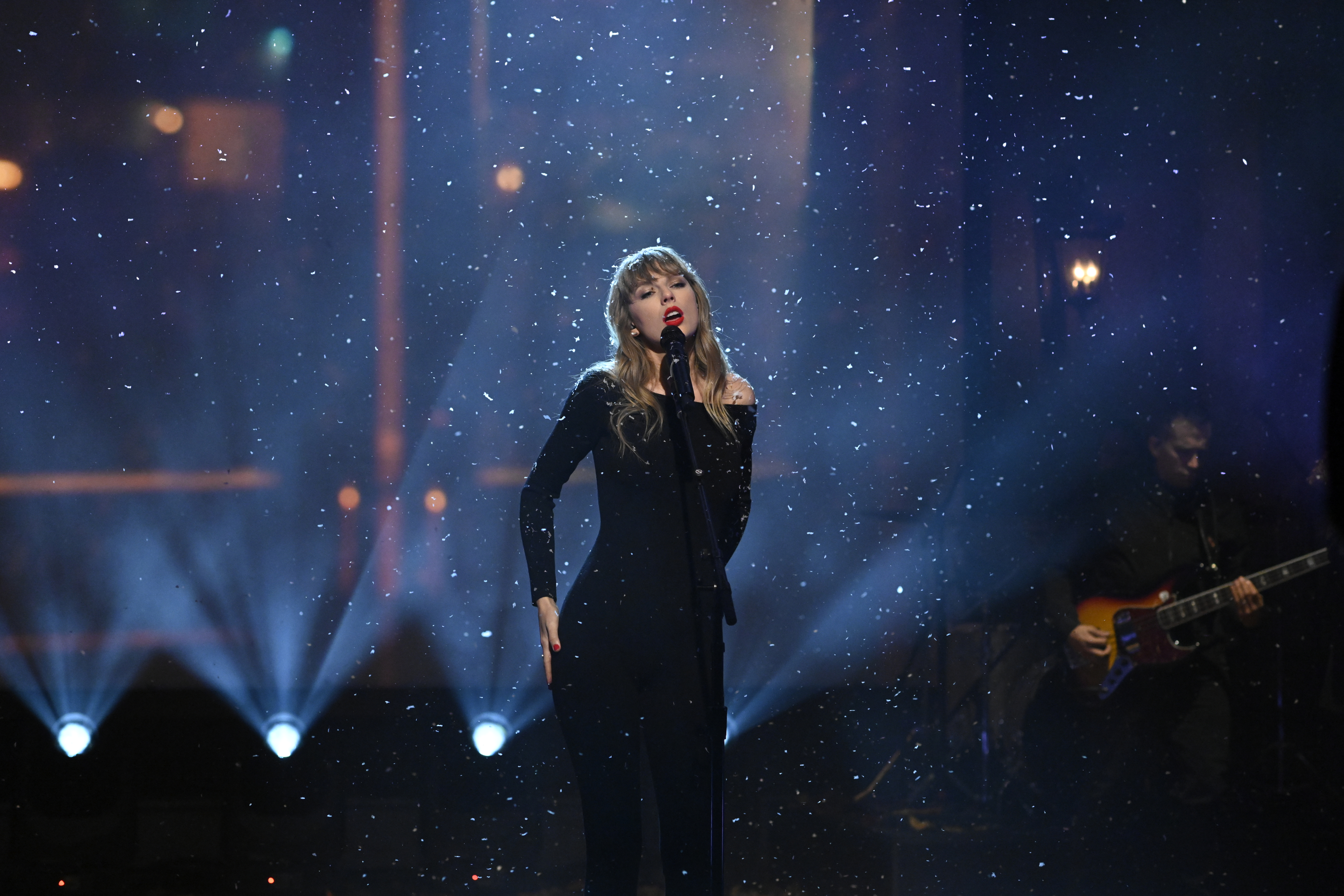 She also smashed the record for most-streamed female artist in a day on Spotify on Friday, but that is likely to be trounced again this week when Adele releases her album, 30.

Taylor has another new video for her song All Too Well on the way today.

HARRY Styles is following in the footsteps of Kylie Jenner and Rihanna by getting into the beauty market with his own brand.

He has gone live with a website called Pleasing, which is expected to sell products including nail varnish, matte lip oil and a refreshing eye gel. 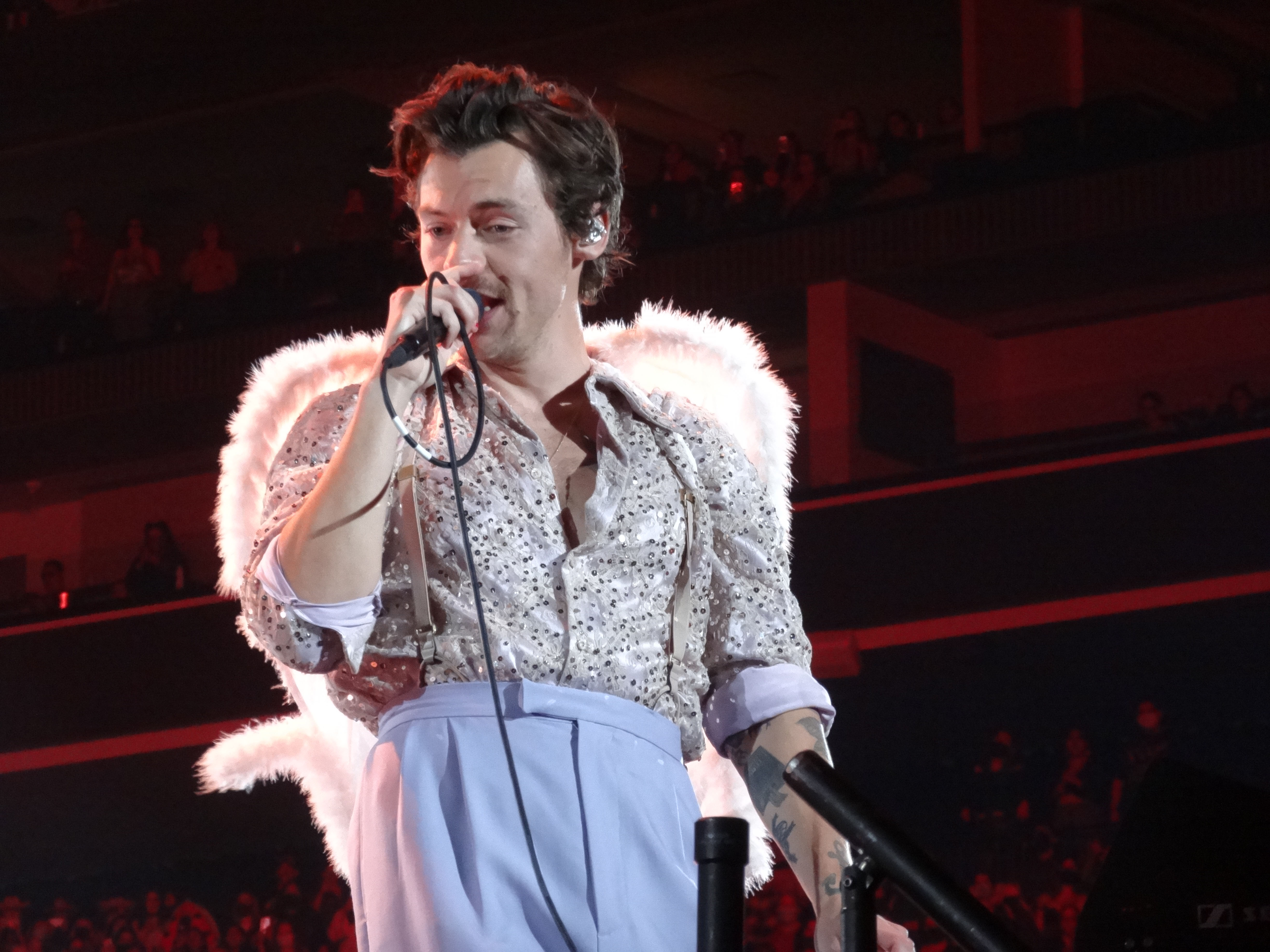 The ex-One Direction star, who is currently touring around the US, regularly plays with his fashion and has not been afraid to wear make-up, nail varnish and dresses.

But somehow, I don’t think I’ll be able to pull off any of that quite like he does.

RITA Ora looked so good on the red carpet that her director boyfriend Taika Waititi couldn’t help but take photos of her while she posed.

The couple travelled out to Budapest for their first European getaway together – and he borrowed a photographer’s camera to snap her as she posed. 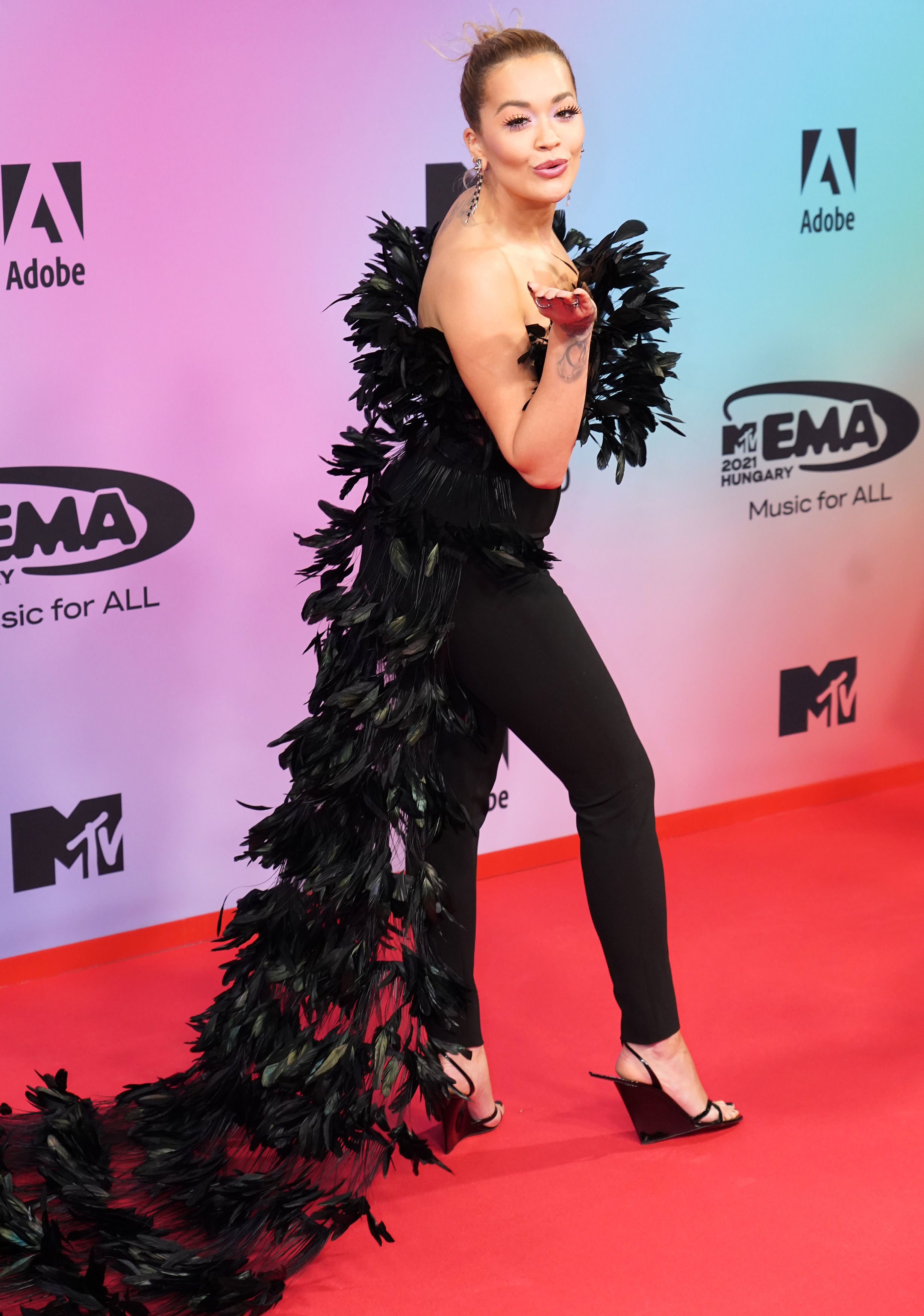 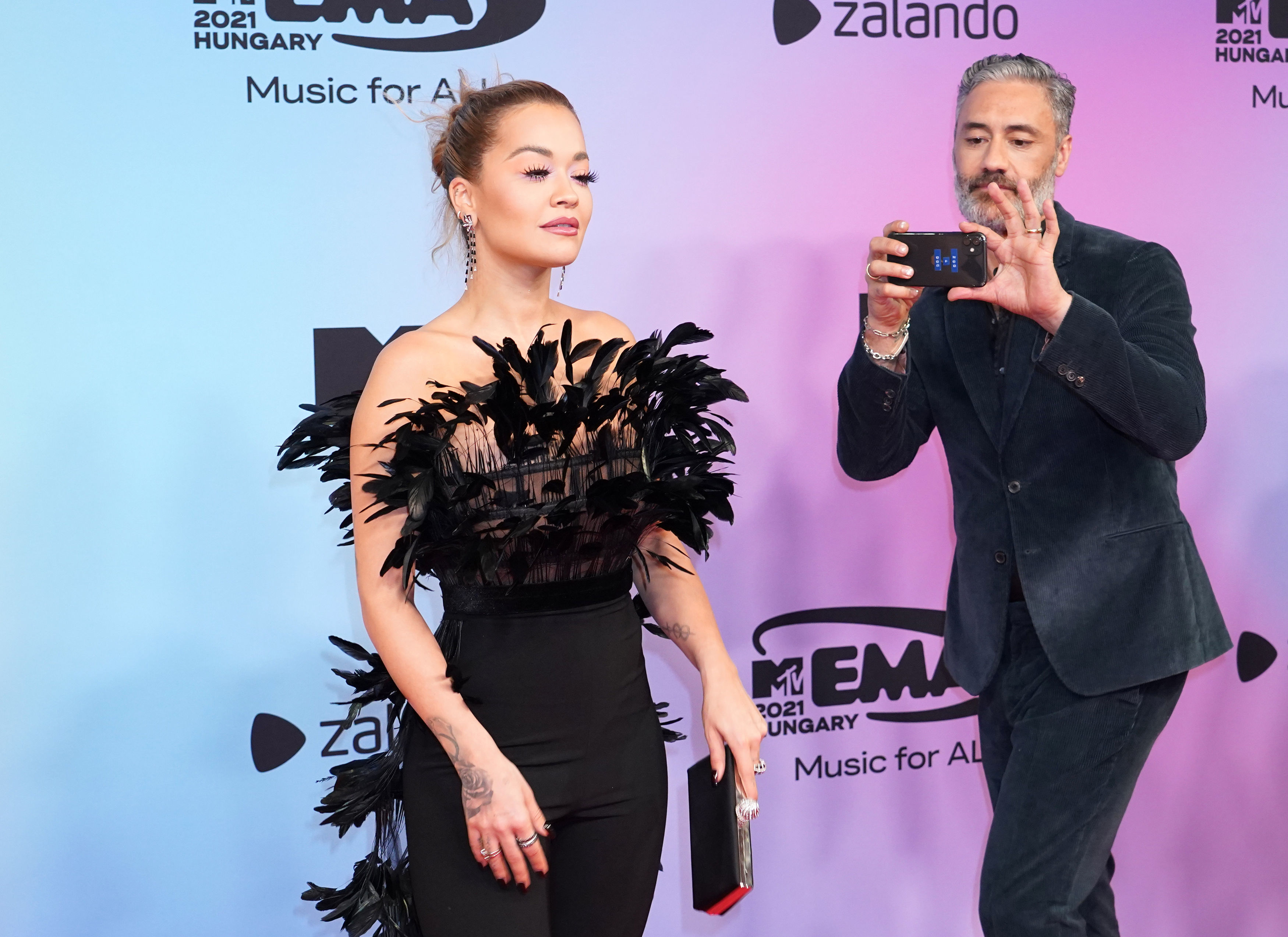 Rita, who presented a gong at the show, wore a black feathered outfit and beamed for the pictures, having spent the past year living in Australia and Los Angeles.

She jetted back to this side of the Atlantic to film for the next series of The Masked Singer.

But it’s good to see my favourite party girl found time to let her hair down in Hungary.