What Tarik Myers From 90 Day Fiance Does For A Living

Tarik Myers is one of the most popular stars in the “90 Day Fiance” franchise. Fans of the show have been following his relationship with Hazel for several seasons and several incarnations of the show.

However, recently, Tarik hit the financial skids. According to Starcasm, his Chapter 13 bankruptcy filing in February 2021 revealed that while he had very little in the way of assets (including a gun and the ownership of a song called “God Bliss Woman” valued at $25), he was indeed making a living and had every intention of paying back his creditors. This is a stark difference from his “90 Day Fiance” co-star “Big Ed” Brown, who filed for bankruptcy in 2004 and again in 2017 because of the incredible amount of debt he was in, according to The Sun.

This prompted fans of the show to ask the question that’s been on everyone’s mind: what does Tarik from “90 Day Fiance” do for a living? We decided to find out. 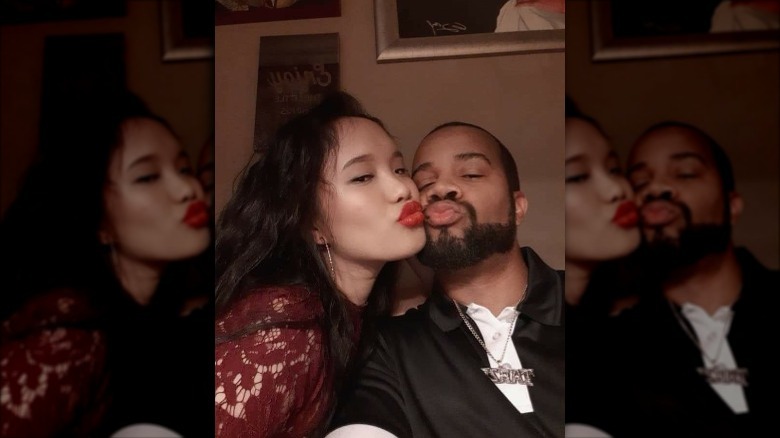 Tarik Myers is a man of many talents. Fans of “90 Day Fiance” know that he’s written and dedicated plenty of songs to his now-wife Hazel. He previously made music under the name Dirt DayOH and called himself The Black Anthony Bourdain. However, his most recent release, “Hawt Sauws,” which was released in early 2021, is under his own name. He also released an album called “Working Man’s Gangsta” in 2019 under Dirt DayOH.

And then there’s Tarik’s real estate profile on Realtor.com, where he talks about his background in the business, noting that he’s been studying since the ’90s. His bio seemingly hasn’t been updated in a bit — it references 2015, after all — so we can’t be too sure how involved he still is in real estate, but he wrote on the site that he’s “a highly skilled negotiator who, in the words of my clients, ‘works best under pressure.'”

And when he’s not doing all that, he’s hanging out on Cameo, offering videos up for sale. He’s listed at $75 a pop and currently has a five-star rating. So in case you need a gift for your “90 Day Fiance”-loving bestie, there’s an idea.