Home » TV & Movies » Where can you buy the Tom Hanks' David Pumpkins costume?

Where can you buy the Tom Hanks' David Pumpkins costume? 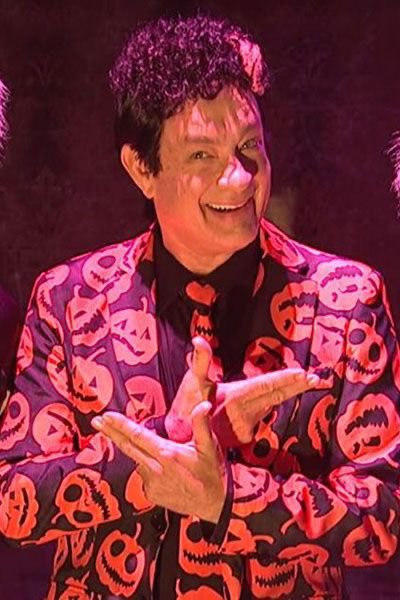 Where can you buy the David S. Pumpkins costume?

Since the sketch originated in 2016, David Pumpkins has been a popular Halloween costume.

The suit can be found online at a number of retailers, including Amazon.

Walmart sells a version of the suit online for a price of $86.98.

The costume comes complete with a black-and-orange pumpkin-patterned suit, along with a matching tie. Most of the costumes available online also feature a black-and-white curly wig, which matches the hairdo Tom Hanks' character has in the sketch.

Online retailer, Ebay, also has a version of the costume for sale.

Places like Target and Spirit Halloween have been known to carry the costume in stores.

According to the character's co-creator, Mikey Day, the original Pumpkins suit was found using a "quick Google search."

Who is David S. Pumpkins?

The sketch starring Pumpkins originally aired on SNL on October 22, 2016. The character was created by Bobby Moynihan, Mikey Day, and Streeter Seidell.

Pumpkins was made as a response to a viral video known as Little Superstar. The creators at SNL wanted to make a Halloween version of the sketch.

According to Mikey Day, Pumpkins came about as "something silly to laugh at".

"…It was a dumb idea with the perfect host, Tom Hanks, the man who can unite us all," he said.

The original sketch features a Tower-of-Terror-esque ride, known as the Hellevator. Kenan Thompson plays the operator, while Beck Bennett and Kate McKinnon star as the ride-goers.

The ride is known as the "100 Floors of Frights," yet the couple become confused after seeing David S. Pumpkins perform a song and dance.

Along with some finger guns and two backup dancers dressed in skeleton costumes, Pumpkins doesn't scare the couple. The sketch focuses on their bewilderment by his presence on the ride.

The elevator the couple are on stops at many different floors, where Pumpkins and his skeletons continue to appear.

Finally, on the last floor, the elevator door opens and only the dancing skeletons remain. Suddenly, David S. Pumpkins pops up behind the couple, achieving his initial goal of scaring them. 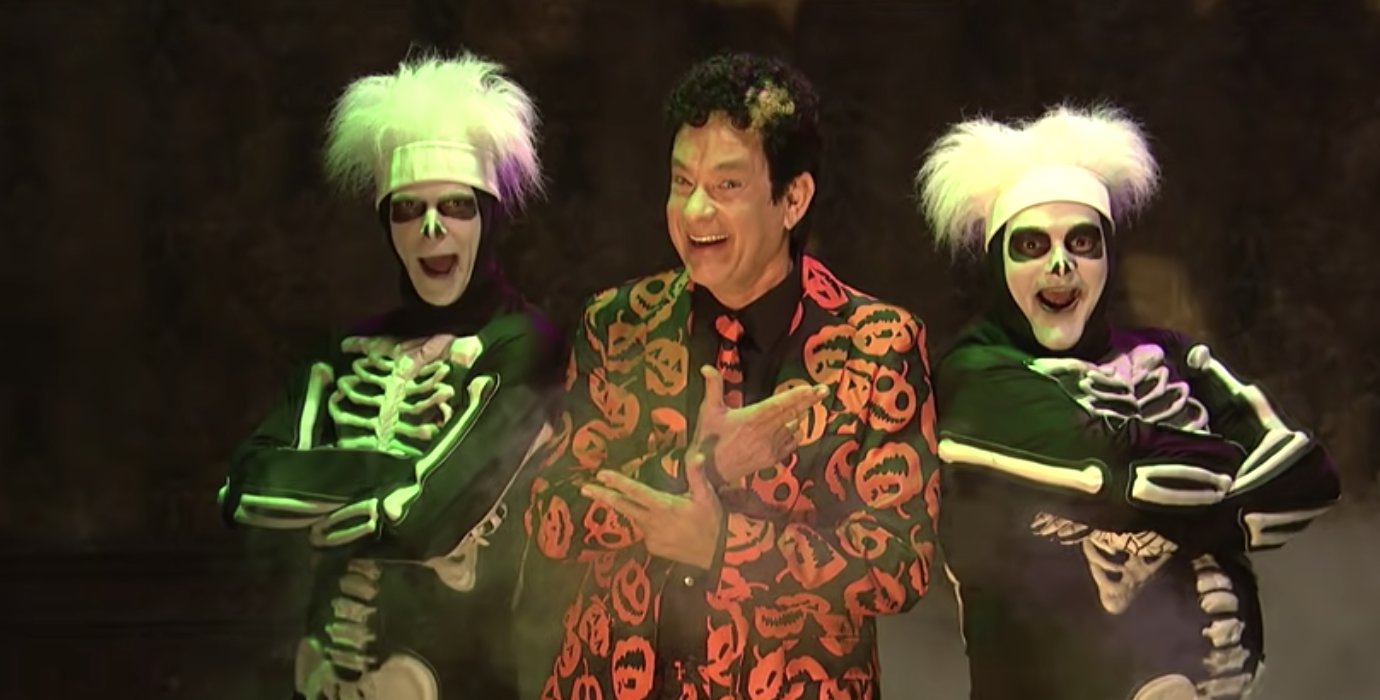 Is David S. Pumpkins a recurring character on SNL?

First appearing in the fourth episode of the show's 42nd season, the character of David S. Pumpkins has returned multiple times.

In the sixth episode of season 42, Dave Chappelle references Pumpkins, making a joke about him becoming "the next David S. Pumpkins".

Following that, Pumpkins appeared in a pre-recorded music video featuring Dwayne Johnson during episode 21 of the same season. In the video, the character refers to himself as "David S. Pimpkins".

On October 28, 2017, Pumpkins was the star of a 30-minute animated specialcalled The David S. Pumpkins Halloween Special.

The special featured a live-action speech from Tom Hanks as Pumpkins, followed by the animated short.