Home » TV & Movies » Where has BBC presenter Kirsty Young been and what illness does she have?

Where has BBC presenter Kirsty Young been and what illness does she have?

Kirsty Young will be leading much of the coverage over the Queen’s Platinum Jubilee weekend, but the Scottish TV presenter has been fairly absent from screens in recent years.

Kirsty is one of the most recognisable presenters and voices in the UK, having been active on television since the early 1990s.

She’s notably fronted BBC’s Crimewatch and Radio 4’s beloved series Desert Island Discs, and was at the helm of Channel 5 News in the 1990s and 2000s.

The presenter, 53, took a break from Desert Island Discs in 2018, before Lauren Laverne took over permanently, and she stepped away the following year due to illness.

She’ll be co-presenting the Queen’s Platinum Jubilee Concert on Saturday night alongside Roman Kemp, welcoming some of the biggest names in music from across the UK.

The Scottish TV host will also host Platinum Beacons: Lighting up the Jubilee; BBC One’s live coverage of the lighting of more than 1,500 beacons to celebrate the Queen’s 70-year reign. 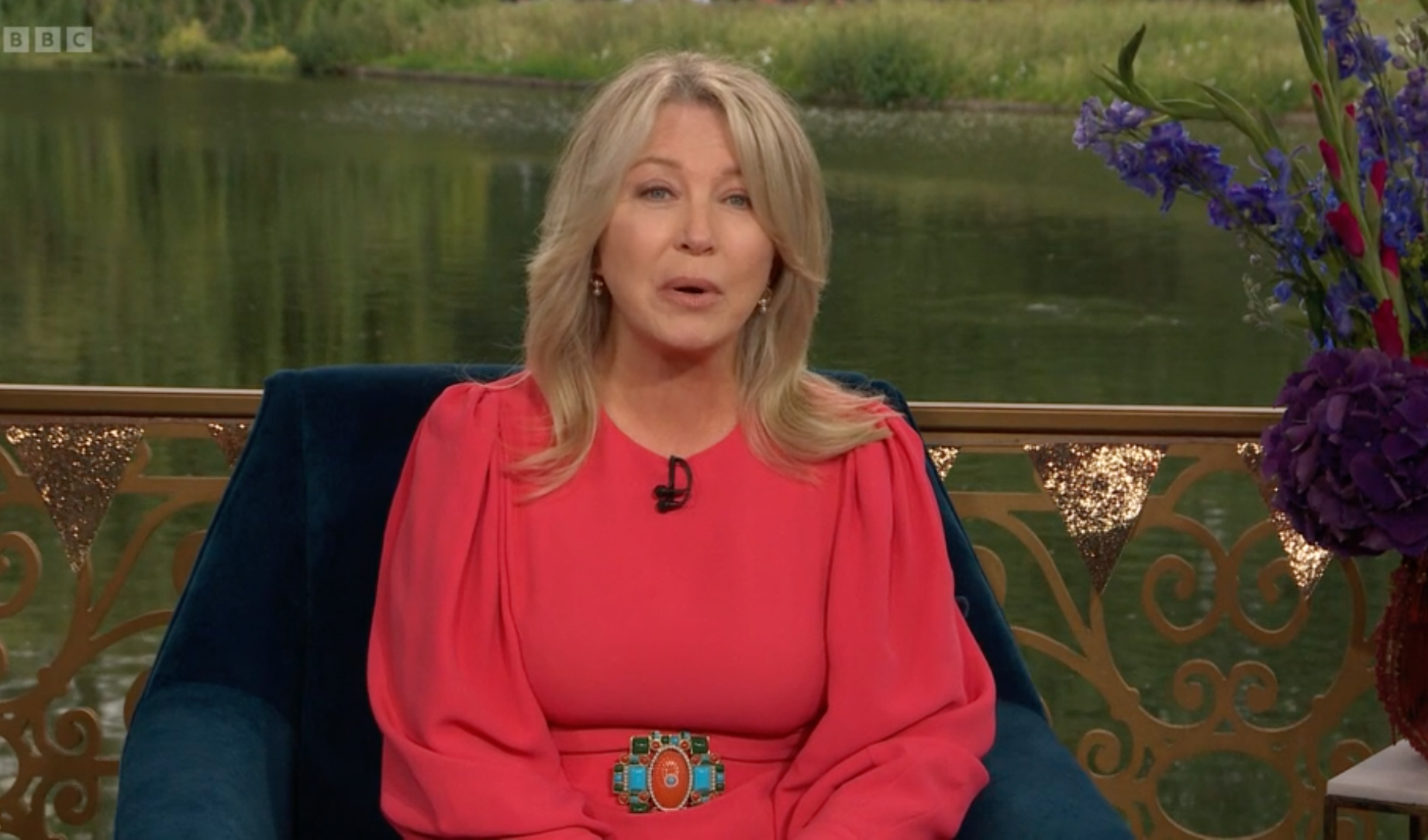 She will be joined by other presenters including Huw Edwards, Clare Balding, AJ Odudu, and Anita Rani.

Here’s everything you need to know about Kirsty Young.

Who is Kirsty Young?

Presenter Kirsty started her career on BBC Radio Scotland, and soon moved over to Scottish Television where she was later given her own chat show, Kirsty.

Kirsty was part of the original line-up on Channel 5 when it first came to air back in 1997, presenting the channel’s flagship news programme Channel 5 News.

She previously presented Crimewatch on BBC One from 2008 to 2015, taking over from Fiona Bruce.

Back in 2006, she was announced as the new presenter of the long-running BBC Radio 4 programme Desert Island Discs, replacing Sue Lawley. She began on October 1 2006.

She stayed in the role for over a decade, and waved goodbye to the Radio 4 interview show for good in 2019.

In recent years, she’s taken some time out from TV over illness.

She and her husband purchased Inchconnachan, an island on Loch Lomond, with the intention of building holiday lets on the island.

Kirsty is married to businessman Nick Jones, who is the founder of Soho House club.

What illness does Kirsty Young have?

Kirsty announced she would be stepping down from Desert Island Discs ’for a number of months’ to receive treatment for a form of fibromyalgia back in 2018.

Fibromyalgia is a condition that causes pain all over the body. Those who suffer from the chronic illness have widespread musculoskeletal pain accompanied by fatigue, sleep, memory and mood issues.

She was also diagnosed with rheumatoid arthritis in 2018.

In July 2019, she announced that she was to stand down as the host saying: ‘Having been forced to take some months away from my favourite job because of health problems, I’m happy to say I’m now well on the way to feeling much better.

‘But that enforced absence from the show has altered my perspective on what I should do next and so I’ve decided it’s time to pursue new challenges.’

Dust off your Union Jack bunting, Queen Elizabeth II’s Platinum Jubilee is well and truly upon us.

Taking place from Thursday, June 2, to Sunday, June 5, the celebrations mark Her Majesty’s record-breaking 70th year on the throne.

Across the UK, there will be street parties, concerts, and other special events attended by the Queen and senior members of the Royal Family.

Visit Metro.co.uk’s Platinum Jubilee page for all the latest updates.