Who is Amber Gill? Meet the Love Island star who's now single after shock recoupling

AMBER Gill has made a truce with love rival Joanna Chimonides, however, there are still underline issues between her and Michael Griffiths – but could they get back together? Get all the latest gossip on the beauty therapist… 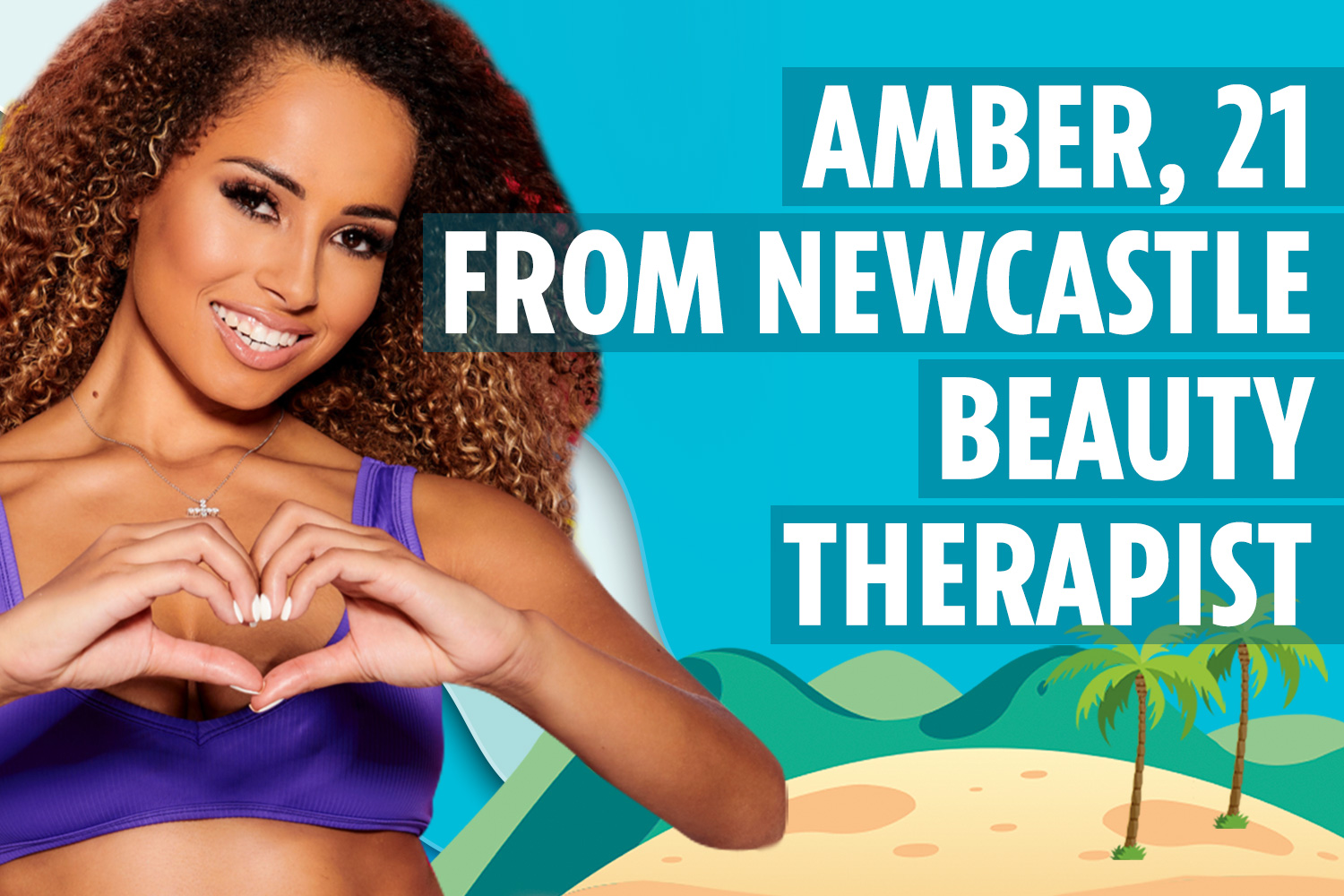 Who is Love Islander Amber Gill?

Amber describes herself as someone with a big personality that gets on really well with others.

"People think I’m funny," the beauty therapist from Newcastle said before the show. "I don’t take myself too seriously and I’m always up for a laugh.

"I’ll be good on challenges and dates. I’m kind and like to include everyone. I like to make friends with everybody."

That said, the other Islanders shouldn't push their luck as it sounds like she's got a bit of a temper on her too.

"I can be hot-headed," she added. "I’m loud and some people don’t appreciate that. I’m quite opinionated."

Fortunately, she doesn't suffer with low self-esteem and rates herself as a ten out of ten when it comes to looks: "You’ve got to love yourself. What’s the point if you don’t?"

The Geordie beauty is said to have splashed out on a £400 bum lift, known as the Lipofirm Pro, before entering the villa.

She had the noninvasive procedure at The Salon Bodyworks in Newcastle.

The owner of the salon, Judy Mahoney told The Sun Online: "A beauty therapist herself, Amber is no stranger to cosmetic treatments, but she wanted to look her best to make sure she bagged the hottest boys.

"The LP Buttock Lift using the Lipofirm Pro device is a non-surgical tightening and toning solution to reshape and contour the buttocks. 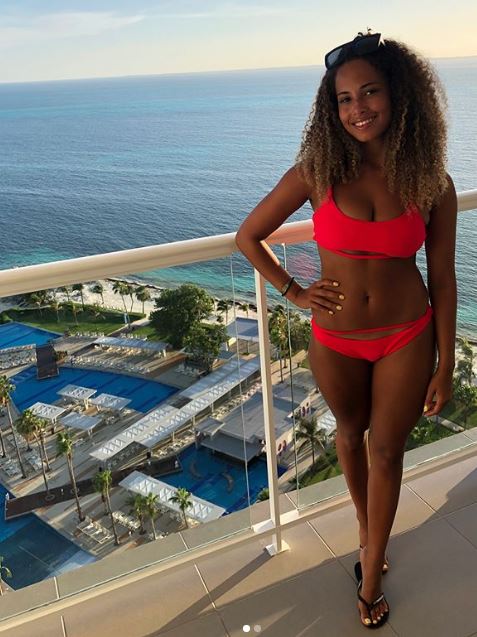 What has happened to Amber Gill on Love Island so far? 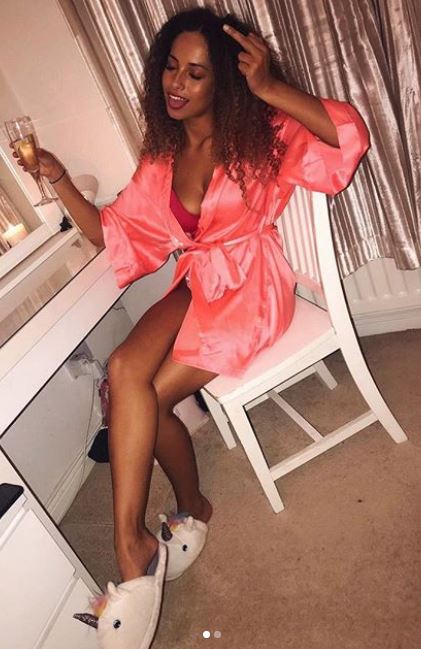 What controversy did Amber Gill land in?

Amber was forced to deny she's racist after deleting a post saying she 'doesn't like black guys.'

The 21-year-old, whose dad is from Trinidad and Tobago, insisted the comment had been taken out of context after the old post, from December 2018, was unearthed.

In the image, which has now been deleted, Amber can be seen sticking up her middle fingers as a black man approached her in a club.

She wrote alongside it: “Look at my face u know I’m about to boot off. [sic]”

She then quoted the man as saying: “I seen you staring at me all night”, to which she replied: “First of all I don’t like black guys X’.”

The original image was shared by a friend, who wrote alongside it: “Amber SICK of her life with another lad talking s***e." 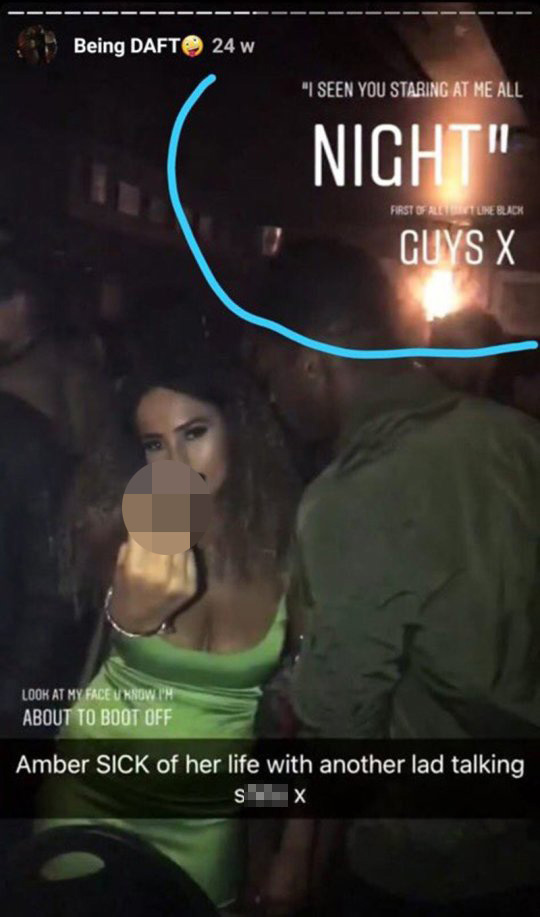 Her rep denied she was racist and they told the Metro: "We deleted the post as it was being taken out of context in regards to what actually happened.

"The guy was pestering Amber all evening, and she said he was old enough to be her Dad, so was referring to “I don’t date black guys” because he reminded her of her own Father.

"The next part of [her] story stated this, but as the whole thing was being taken out of context we simply deleted."

They added: "Obviously she’s not racist – her own father is from Trinidad/Tobago.

"She just didn’t want to date someone that looked the double of her Dad." 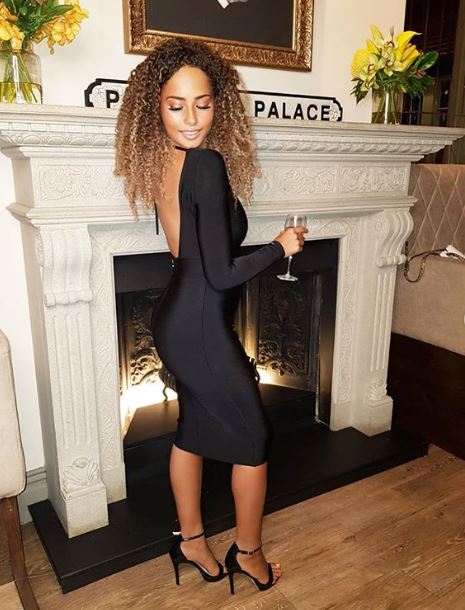 Turns out, all three of them come from Newcastle and have crossed paths a fair few times over the years.

Commenting on her claim to fame, Amber said: "I know a few of the former Islanders from Newcastle, like Adam Collard and Ellie Brown.
"Everyone knows everyone in Newcastle!" 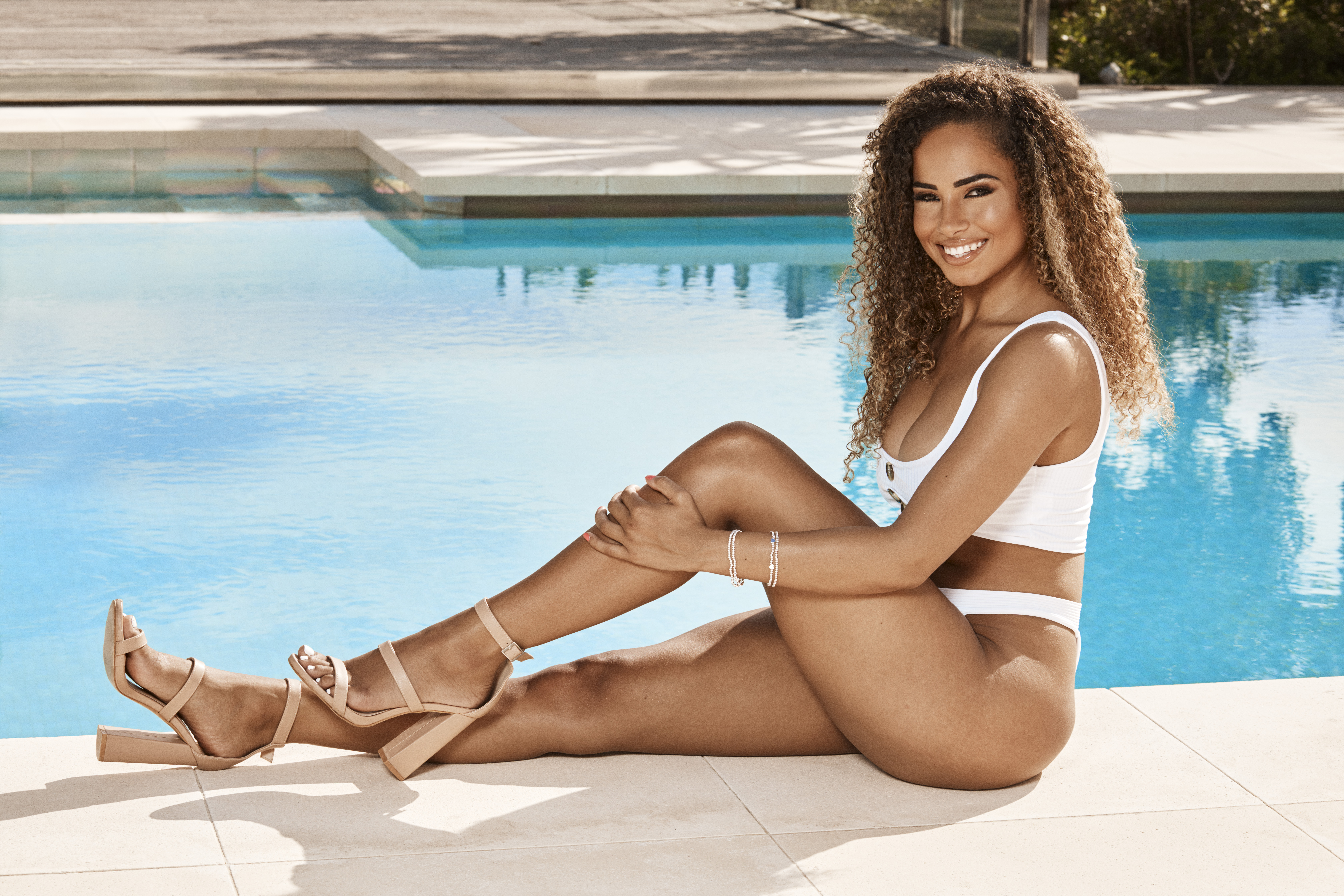 What is Love Islander Amber Gill's type on paper?

Amber has admitted her celebrity crush is Tom Hardy.

"He’s just nice and he loves dogs as well and I love dogs," she explained. "He takes his dog on the red carpet and I just love that so much."

However, when asked what kind of guy she was looking for in the villa, Amber said that she didn't really have a type as such.

"I want someone who is funny and that I can have fun with and doesn’t take themselves too seriously because I am daft.

"Looking at my past relationships, I don’t really have a type, it’s quite broad. If someone catches my eye then I’ll go for them."

Has Amber Gill ever cheated on a boyfriend?

Definitely not — and the Love Islander prides herself on how loyal she is.

Unfortunately though, she has been cheated on during a relationship.

Opening up about her dating history prior to Love Island, she said: "I’ve never cheated. I am not planning on having a wandering eye.

"You’re dating someone and coupling up but if I have to go for someone else then I have to. I’d obviously tell the guy and explain I liked someone else.

"I’ve been cheated on several times. I’m not as naive as I was then, I’ve just learnt to be careful from it.

"Not everyone has your best interests at heart." 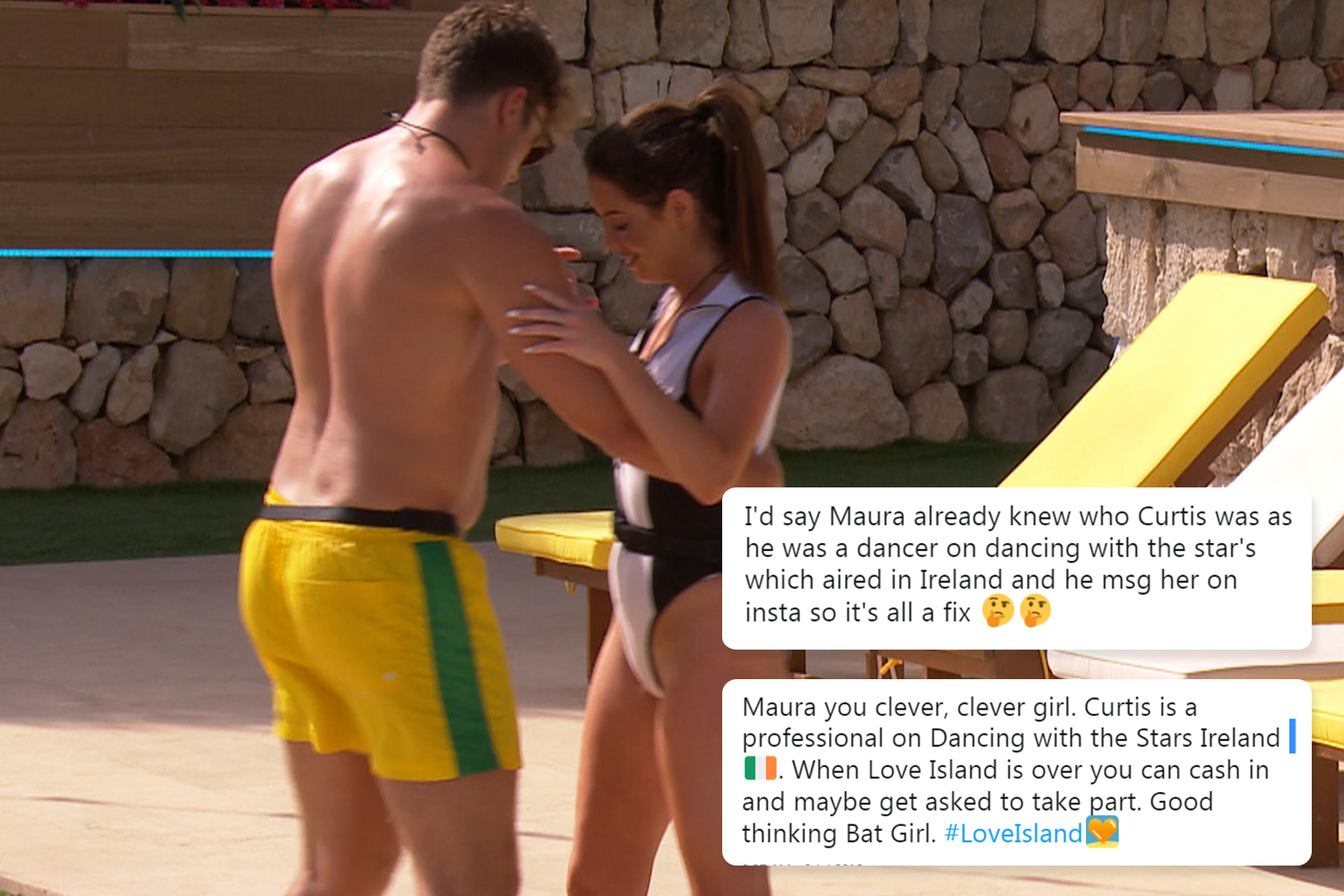 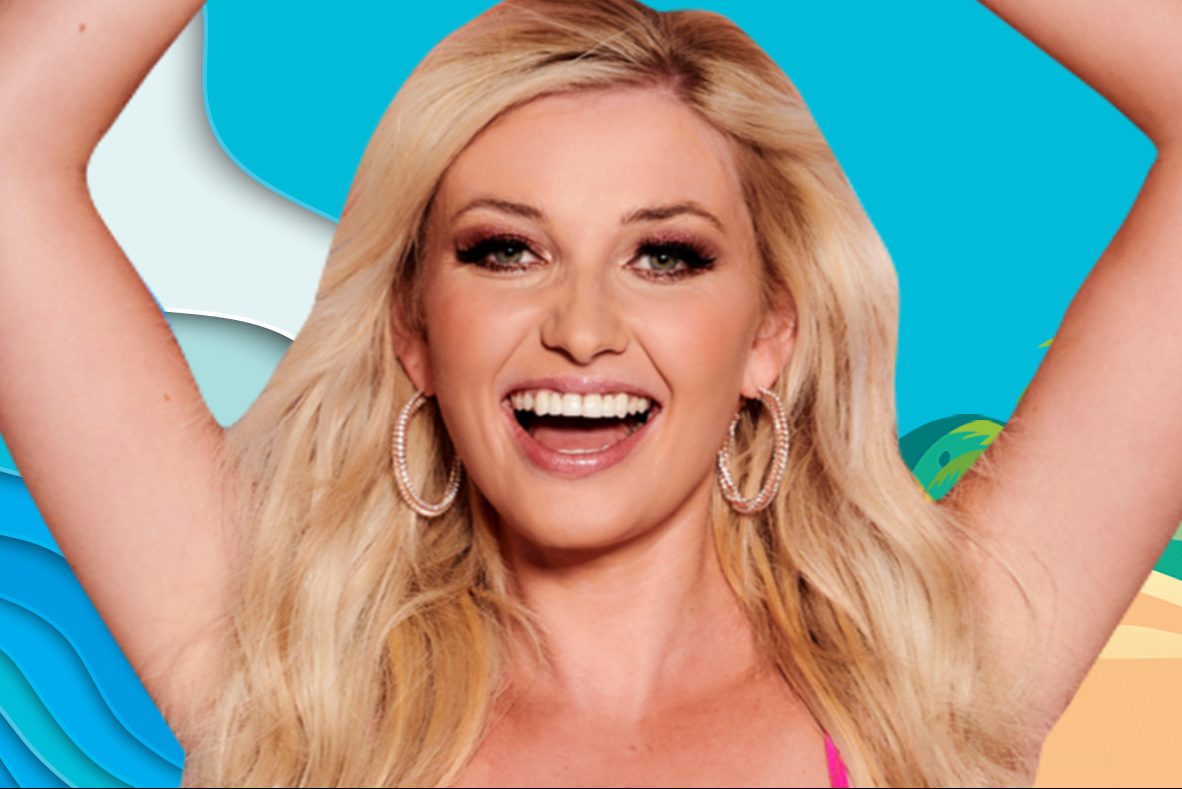 MATTERS OF THE HART Why did Amy Hart quit Love Island, is Curtis Pritchard to blame? 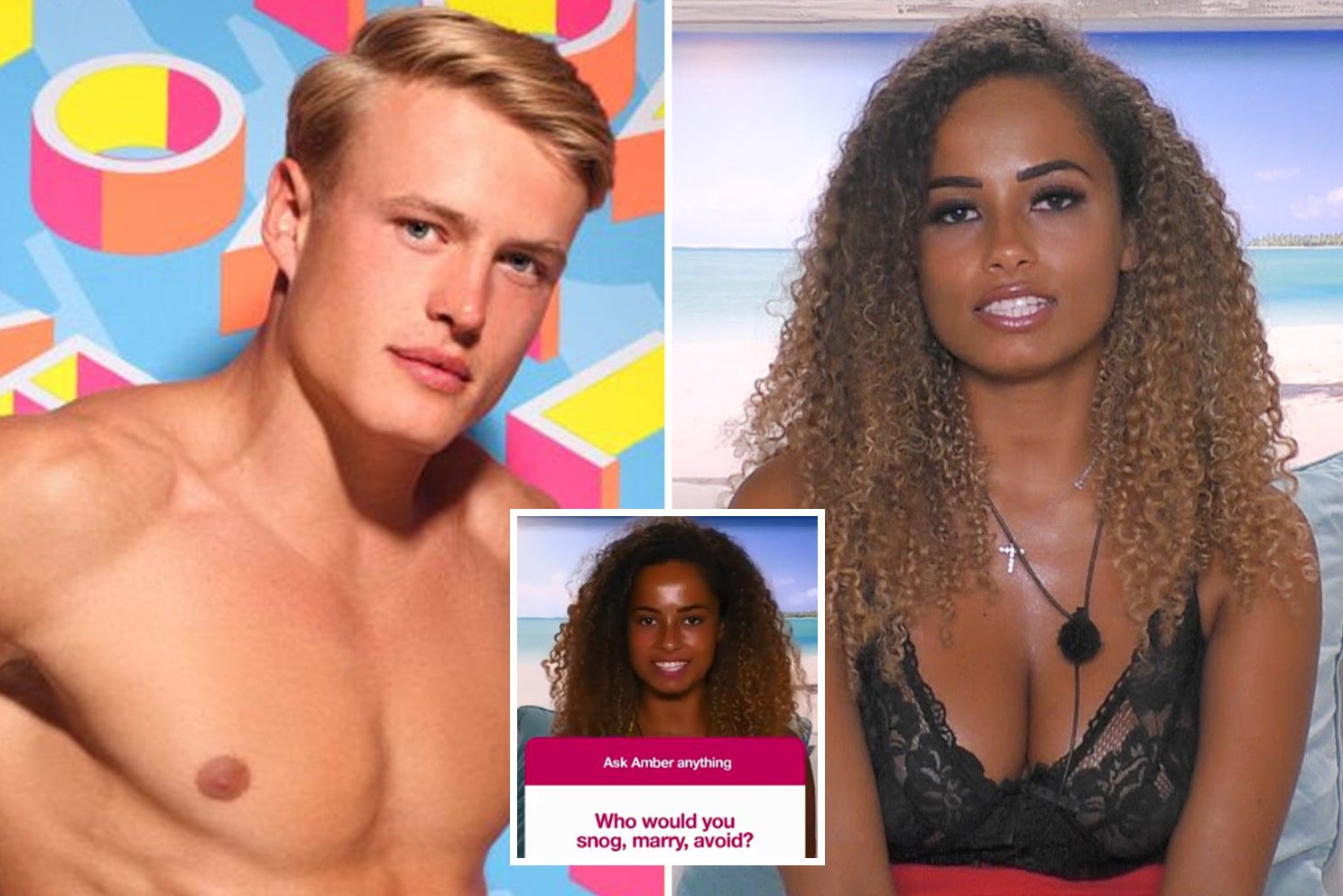 When can I watch Love Island on ITV2?

Series five kicked off on Monday, June 3, 2019 at 9pm with a bumper launch show and the first coupling.

You’ll be able to get your fix of the show every night on ITV2 where the main show will give us the lowdown on all the goings-on in the villa – from couples cracking on to singletons getting mugged off.

Saturday night's show differs from the rest of the week, as it is a round-up of all the best bits from the villa that week – and maybe some unseen footage!

If that’s not enough, you can also watch Caroline Flack's spin-off show Aftersun on Sunday nights at 10pm after the main show has aired where she discusses the latest action with celebrity guest as well as those eliminated from the villa.