Season 2 of “The Real Housewives of Salt Lake City” premieres on September 12, and it’s already gearing up to be fantastic. The drama is sure to unfold quickly, as the trailer for the new season shows the ladies witnessing the arrest of Housewife Jen Shah, as well as dealing with various arguments and situations in their own lives. The trailer also introduced a brand-new Housewife, Jennie Nguyen, who originally joined the show as a friend of Lisa Barlow, but was soon upgraded to full Housewife status as a result of her increased screen time, due to Jen’s limited availability to film, reported The Salt Lake Tribune.

Jennie is a self-proclaimed fan of the show, according to E! News, and she decided it would be a good way to fill up her new free time. She recently sold her successful medical spas in order to become a stay-at-home mom (she has three children, Atlas, Tritan, and Karlyn, per The Salt Lake Tribune), and realized she needed a new challenge. “I watched the first season. I loved the ladies … I just wanted to be part of that group,” she said, via E! News. “You’re at home doing nothing and you’re like, ‘You know what? Maybe I need a few friends in my life.’ So I joined the group.”

By joining the franchise, Jennie became the first-ever Housewife of Vietnamese descent and has been described in the trailer as a “firecracker.” But just who is she? Keep scrolling to find out!

Jennie Nguyen has a unique perspective 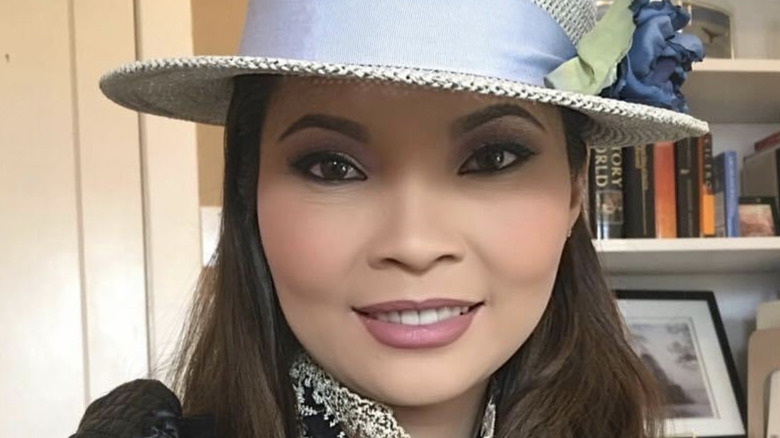 As the first Housewife of Vietnamese descent, Jennie Nguyen brings a unique perspective to “The Real Housewives of Salt Lake City.” As seen on her BravoTV bio, she was born in Vietnam and escaped the country after the war. In a clip from the show, Jennie described how she made her way to the United States and detailed how she and her family left Vietnam in the bottom of a fishing boat. She said they eventually got captured by Thai pirates and were brought to a refugee camp in Thailand.

“They actually sunk the boat so we have [sic] nowhere else to go,” she said, via E! News. She went on to say they stayed in that camp for about three years before they were sponsored by a church from Long Beach, CA to come to the United States.

When she and her family eventually settled in California, she was 7 years old, but she told the show’s producers that her father lied about her age, saying she was 5 years old so she could go to kindergarten. In an interview with The Wrap, Jennie stated she spent about 20 years in California but eventually left the Golden Coast for Utah, as that’s where her husband’s chiropractic business was. They’ve now been in Utah for 22 years, and she said it’s taken her a while to get used to the small Vietnamese community there, but she got by just “trying to live your life.”

Jennie Nguyen and Lisa Barlow have been friends for years 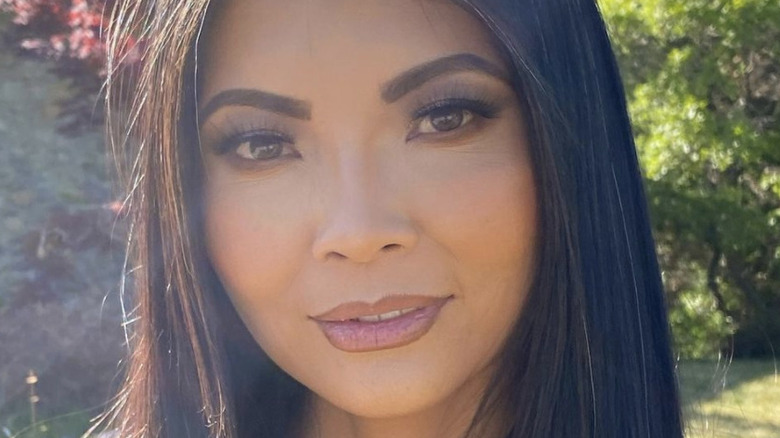 Jennie Nguyen was first introduced to “The Real Housewives of Salt Lake City” as a friend of Housewife Lisa Barlow, and the two are old friends, according to a clip from the show. Jennie said she and Lisa have been friends for 10 years, and Lisa stated the two initially met because their sons were best friends (Lisa has a 16-year-old son, Jack, and Jennie has a 15-year-old son, Atlas). Lisa said their sons went to the same private school, and Jennie provided further details about their first meeting. She said they first met at a Thanksgiving feast event at the school, where Lisa tapped her on the shoulder, introducing herself as Jack’s mom and asking if she was Atlas’. She also described how the two women were pregnant at the same time, with Jennie joking that the two bumped bellies because they were both fairly far along when they met.

It appears as if the two are very good friends and will have a solid relationship throughout the season. However, Jennie is sure to bring the drama with the other ladies. In an interview with The Wrap, Jennie confirmed she “did not have a relationship with [the other Housewives]. So every single one of them really surprised me in different ways … there’s no acting here. This is true emotion. This is true drama.”

Fans are most definitely looking forward to what she’ll add to Season 2 of “RHOSLC.”