Home » TV & Movies » Who is Zeedan in Corrie and what's his story so far?

Who is Zeedan in Corrie and what's his story so far? 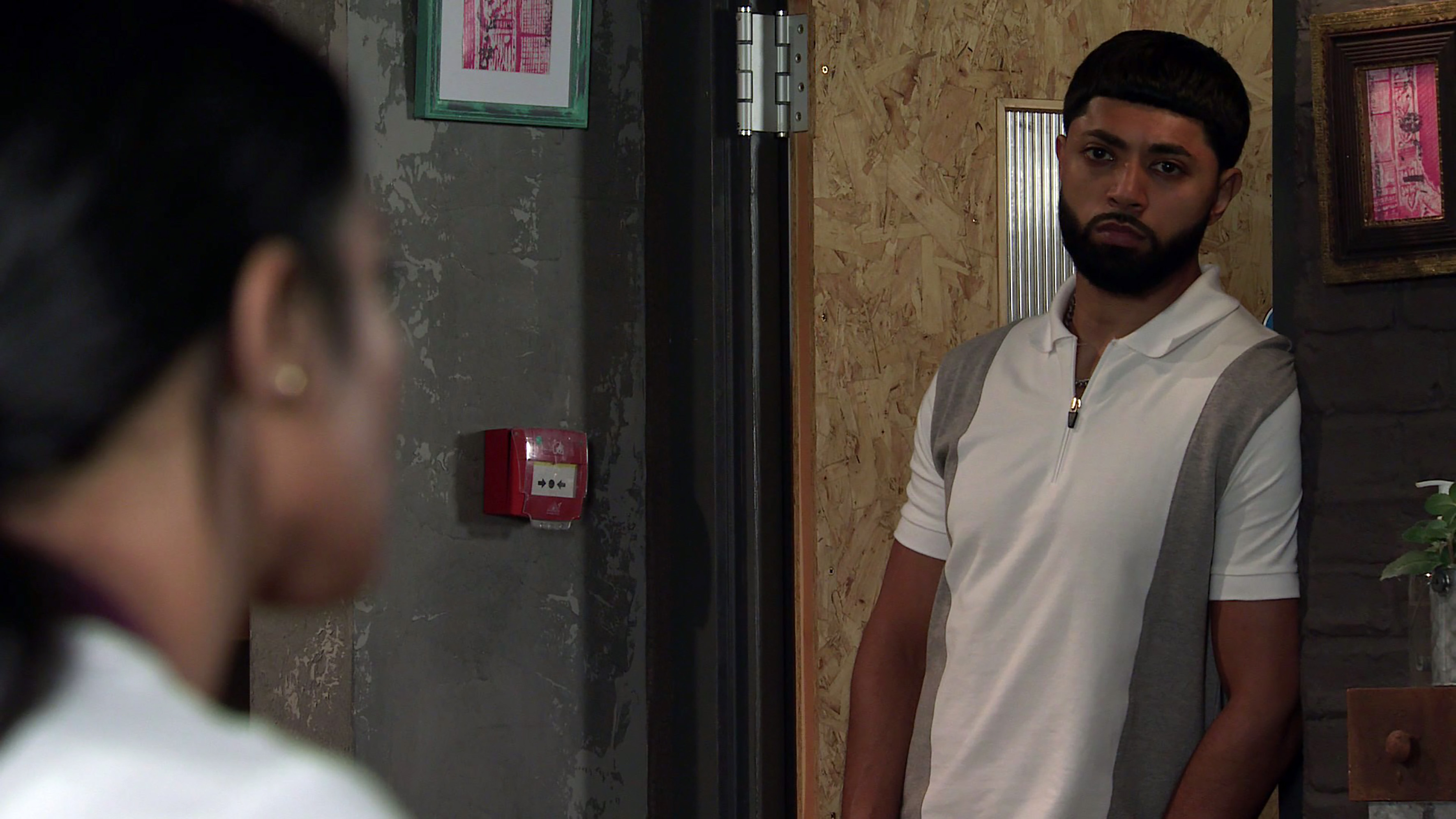 Last seen in 2018, Zeedan arrives in Weatherfield to surprise Yasmeen (Shelley King) for her birthday, but he ends up helping sister Alya (Sair Khan) with her own trouble too.

It’s been a while, so here’s a quick reminder of who Zeedan Nazir is and what he got up to the last time he was on the cobbles.

Who is Zeedan Nazir?

Zeedan is the brother of Alya, and grandson of Yasmeen.

Zeedan and Alya’s father, Kal, died in the Victoria Court fires back in 2015.

What was Zeedan’s exit story?

After Rana’s (Bhavna Limbachia) affair to Kate Connor was revealed, Zeedan went along with a plan to pretend he was still in a relationship with Rana so he could receive money to open a restaurant.

In May, after the affair ordeal, Zeedan packed up his things and left Weatherfield.

What is Zeedan’s story so far?

Where to start! We’d be here all day if we gave you a really detailed account, but here’s a brief overview:

Zeedan initially didn’t approve of his father’s relationship with Leanne (Jane Danson), but he eventually settled down in Weatherfield and warmed to his dad’s partner.

However, during the aftermath of the flat fires, Zeedan blamed Leanne for his father’s death.

After befriending him, Zeedan disapproved of Gary’s relationship with Alya.

What is Zeedan’s returning storyline?

We know Zeedan will arrive back in Weatherfield to surprise Yasmeen and help Alya, but apart from that, we don’t really know much about Zeedan’s life away from Weatherfield.

He’ll no doubt be hiding a few secrets, but how much trouble is this familiar face in?

Is he putting Yasmeen and Alya’s lives in danger by being back on the cobbles?