Before its release, Bad Boys for Life had fans excited to see stars Will Smith and Martin Lawrence reunite. After all, it had been 17 years since the two starred in Bad Boys II. Smith is never one to pass the chance to reunite with a worthy collaborator. So fans of the actor’s movies will likely be interested to know 2005’s Hitch wasn’t the first time he worked with Eva Mendes. 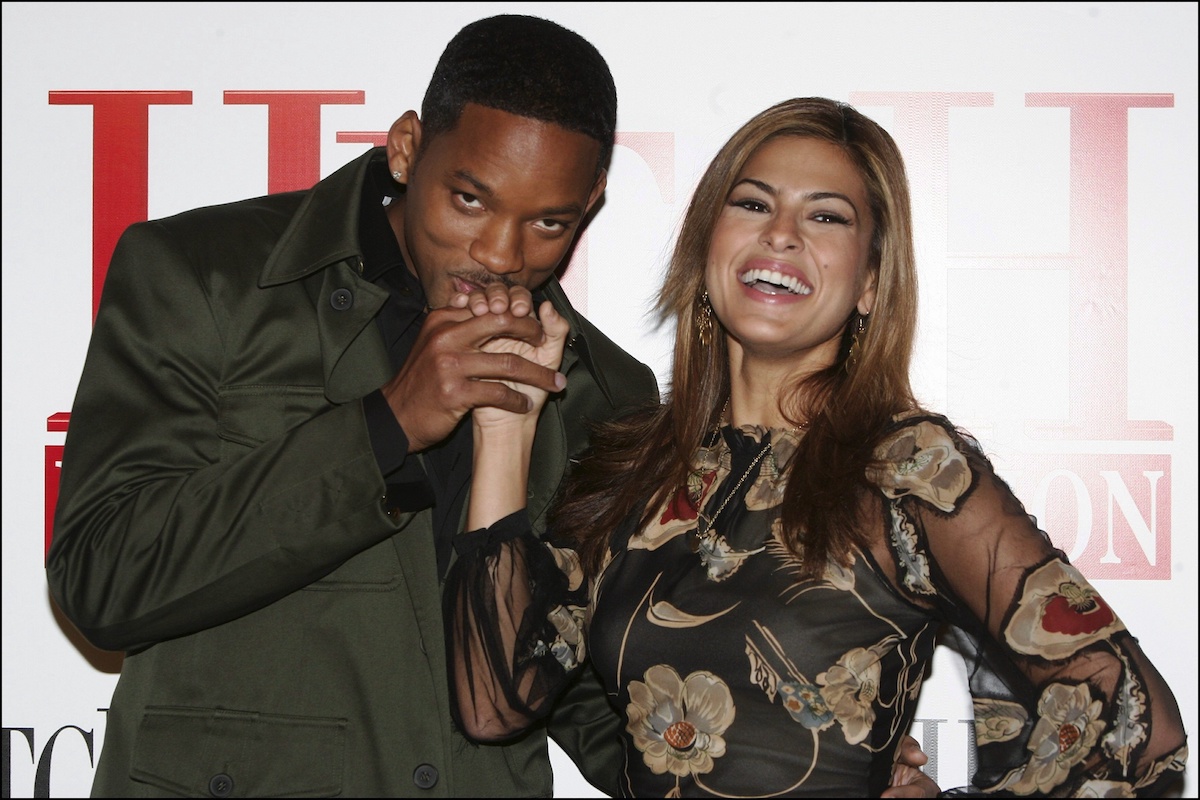 Will Smith and Eva Mendes starred in the 2005 megahit ‘Hitch’

Smith made the transition into full-blown movie star look easy in the mid-1990s. In three consecutive years, he starred in Bad Boys, Independence Day, and Men in Black. And over the next few years, he cautiously stretched from his big-screen action and sci-fi roots into other genres. Thrillers and dramas such as Enemy of the State and Ali, respectively, proved he had range.

Still, Smith had never headlined a bonafide comedy before. Many of his previous roles had fused humor with other genres. But 2005’s Hitch was as close to the Smith of The Fresh Prince of Bel-Air as moviegoers had seen. And the fact that it went on to earn more than $370 million worldwide against a $70 million budget is a testament to Smith’s innate star power.

But the two actors previously worked on a very different project

A huge part of why Hitch remains so popular among Smith fans is his chemistry with Mendes. In the film, Smith plays the titular “date doctor” who falls for gossip columnist Sara Melas (Mendes). And Hitch hinges on the audience’s interest in seeing these two make their relationship work. But it isn’t the first time Mendes and Smith had worked together.

In fact, Mendes appears in the music video for Smith’s 1998 single “Miami.” The third hit from his Big Willie Style album, the track is a musical tribute to the Florida city. And Mendes briefly appears a young woman driving in a convertible who lip-syncs the line “Bienvenido a Miami.” She and Smith don’t share the screen, but her movie career took over in the following years.

Could Will Smith and Eva Mendes reunite for ‘Hitch 2’?

Once they did share scenes, Smith and Mendes reportedly hit it off famously. In fact, Mendes has said she’d love the chance to work with Smith again. In 2020, she even pitched a sequel to Hitch, which would tackle how dating has changed over the past 15 years. So far, no official announcements about a potential Hitch 2 have been made, however.

While Smith has stayed as busy as ever, Mendes has set her movie career aside to focus on raising her children with Ryan Gosling. But more recently, she has expressed interest in returning to the screen. Will that be alongside Smith for Hitch 2 or another project? Fans will just have to wait and see.

END_OF_DOCUMENT_TOKEN_TO_BE_REPLACED

END_OF_DOCUMENT_TOKEN_TO_BE_REPLACED
Recent Posts
We and our partners use cookies on this site to improve our service, perform analytics, personalize advertising, measure advertising performance, and remember website preferences.Ok