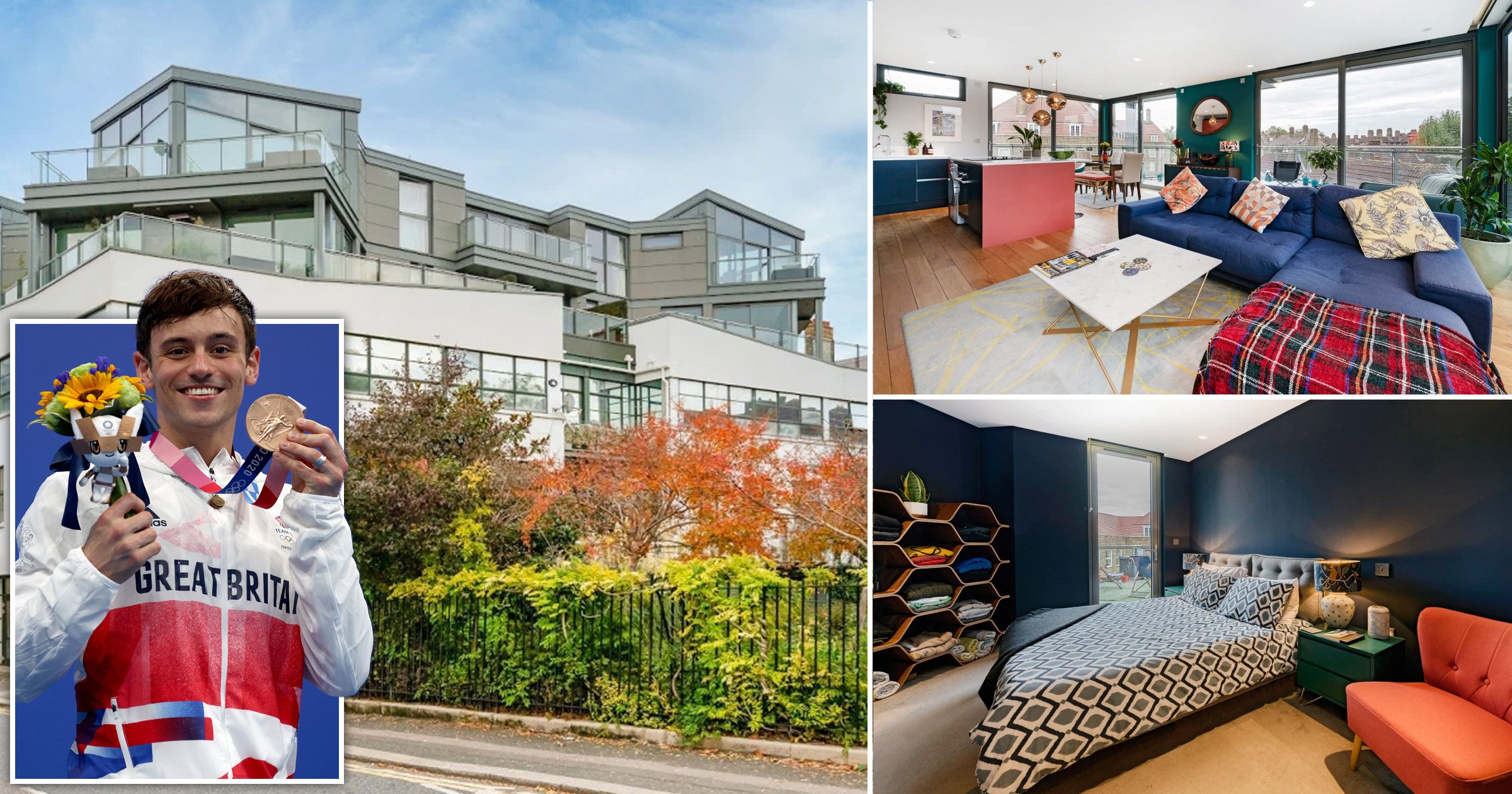 The Olympics always creates heroes, and British diver Tom Daley has snuggled even further into the nation’s affections by winning his first Olympic gold – not to mention demonstrating his poolside knitting prowess while supporting his Team
GB colleagues.

Now, anyone requiring a Daley dose of the high-board hero can follow precisely in his footsteps – by buying his old home in London’s Southwark, available for a quid under a million.

You can see why even an expert diver might fall for the stunning apartment. The two double bedrooms are tastefully decorated and well-designed – one of them includes a custom-built bed, which folds into the wall, to offer an extra reception room or office, with the choice of two modern, three-piece bathrooms, one of which is en-suite.

But this apartment is all about the main space, a 24ft x 17ft open-plan hub tastefully combining kitchen, diner and reception room.

Indeed, most things come in threes in this third-floor triumph: it’s a triple-aspect room, with full-height sliding glass patio doors facing east, south and west – and giving onto a trio of terraces.

As you can imagine, having so much glazing angled towards the sunniest three of the four main compass directions gives the room a beautifully light and airy feel.

While Daley may at times have felt he’s lived all his adult life in a metaphorical goldfish bowl, at least this sun-filled spot offered him sanctuary, on the privacy of the third floor, overlooking the south London rooftops – and the solar-control glass means it doesn’t absorb too much heat.

The connection to the open air is enhanced further by the three terraces – on one of which Daley installed a hot tub, now removed.

Each bedroom also has terrace access, and the almost 800sq ft of outside space takes the apartment as a whole to 1,760sq ft. And because not every day in Britain is a scorcher, there’s also underfloor heating throughout.

The apartment is part of the Atollo Building, a small complex of nine two-bed homes all designed to maximise light and space: each has at least two terraces.

Atollo is a Latin word meaning to raise, elevate, excite or exalt. (For similar reasons, it’s also the name of a hinge-and-socket construction toy invented by Scottish architect Donald Macdonald.)

Opened in 2014 – Daley bought his apartment brand new – the Atollo sits on Pilgrimage Street, so-called because it forms part of the ancient pilgrims’ route from London to Canterbury Cathedral.

These days, you’re more likely to find people making tracks to Southwark’s food and culture: Borough Market, Maltby Street market, the Globe Theatre and the Tate Modern are all just minutes’ walk away, as are the Borough Tube stop and London Bridge transport hub.

Clearly, the area has a fan in Daley. Although he sold the Atollo apartment in 2018 for £1.08 million, he moved to a warehouse conversion a mere 10-minute walk away – and for the best of reasons, as he and his husband, the Oscar-winning film-maker Dustin Lance Black, prepared to have a baby.

On listing the Atollo apartment, Daley tweeted: ‘So many memories from this place. Hopefully, it will find a lovely new owner.’

Now the home is back on the market – giving someone a golden opportunity to own a famous slice of Southwark sunlight.