Comedies such as Allo’ Allo’ and Fawlty Towers now contain content warnings to prepare people for the sometimes negative stereotypes featured in the show. However, Vicki Michelle, a star of the British sitcom set around a French cafe in World War Two, believes such warnings are over the top.

The British TV classic Allo’ Allo’ first appeared on BBC screens in 1982 and portrayed life in Nouvion during the Second World War.

As the cafe was set during the German occupation of the French town, many cliches and stereotypes were used and explored by the show’s creators.

The sitcom’s popularity has continued to the present day and has been replayed on a plethora of channels, but there is a change one of the cast does not appreciate. 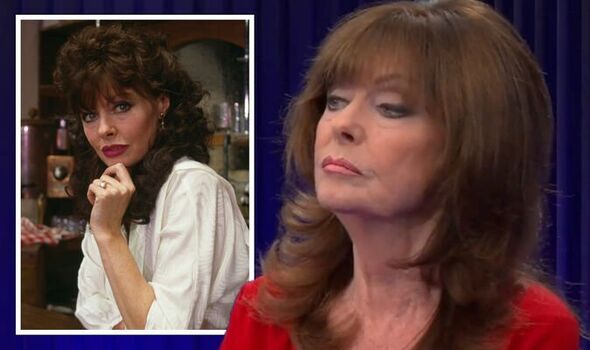 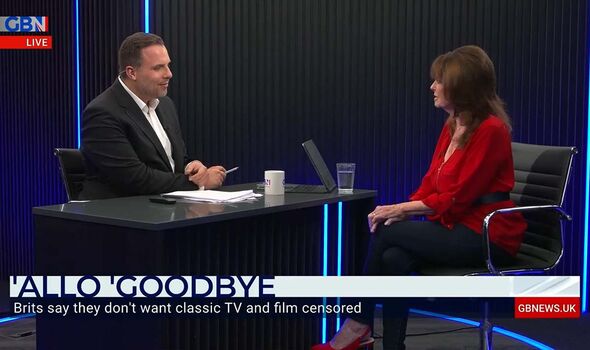 Before the programme airs, a warning will appear to let viewers know there may be negative stereotypes of certain nationalities or cultures.

Vicki, who played Yvette Carte-Blanche in the show, was dismayed at the idea of a warning before a classic comedy.

The furious star told GB News: “It’s history, this was how it was, you can’t change it and you can’t say that it didn’t happen.

“You can’t erase social history, it’s like people that are upset about the statues.” 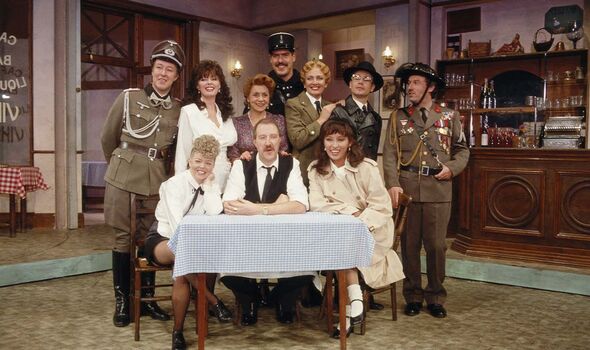 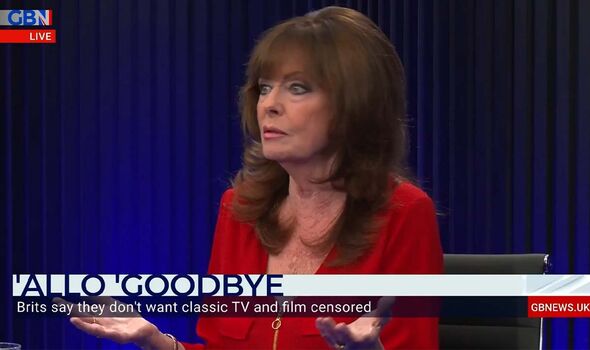 The comedy actor continued to berate the move by streaming site BritBox to include the notice.

She felt the move represented a grander change in the landscape of British comedy and values.

She told Dan Wootton on his GB News show: “The old school makes you laugh out loud and this country needs its sense of humour back.

“This country wants to laugh and it wants to smile.”

She added: “People grew up with this and it was the double entendres, the kids didn’t get the rude bits but the grown-ups did and it made a fond memory for your childhood.”

On the streaming channel, owned by the BBC and ITV, a guidance note alerts viewers of the style of comedy featured in the show.

It reads: “This classic comedy contains language and attitudes of the time that may offend some viewers.”

These warnings have been present on classic British comedies since the streaming platform launched.

A spokesperson for Britbox has previously defended the move by the channel to contain these notes ahead of the show being played.

They said: “Programming on the service that contains potentially sensitive language or attitudes of their era has carried appropriate warnings since our launch in November 2019 to ensure the right guidance is in place for viewers who are choosing to watch on demand.”

Other programmes which contain the warning on certain episodes are Fawlty Towers, Keeping Up Appearances and Grange Hill.

ALLO’ ALLO’ is available to stream on BritBox