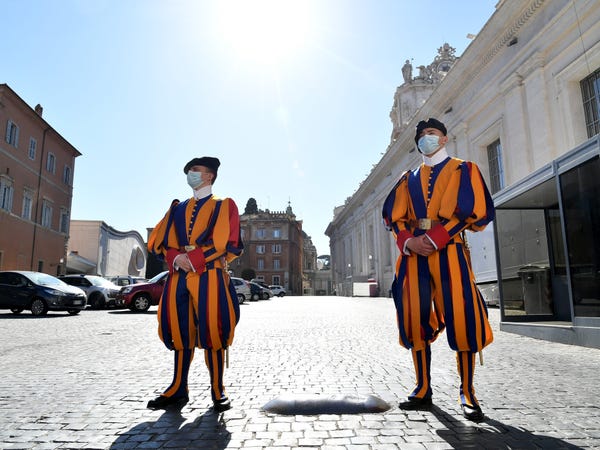 The Vatican announced on October 15 that 11 Swiss Guards have tested positive for the coronavirus and the city has begun taking precautions.

"Arrangements were immediately made to isolate those with positive cases and all appropriate further steps are being taken, along with additional testing," the Vatican City said in a press release.

Reuters reports that those who tested positive are experiencing minor symptoms. Going forward, the guards will be required to wear face masks both inside and outside even if they're not on duty, according to Catholic News Agency.

The Swiss Guards is the oldest and smallest army in the world, with just 135 guards. Their main duties include protecting the Pope and guarding the Vatican City gates.

Pope Francis is 83 years old and is considered high risk after part of his lung was removed decades ago, according to the Associated Press.

END_OF_DOCUMENT_TOKEN_TO_BE_REPLACED

END_OF_DOCUMENT_TOKEN_TO_BE_REPLACED
Recent Posts
We and our partners use cookies on this site to improve our service, perform analytics, personalize advertising, measure advertising performance, and remember website preferences.Ok