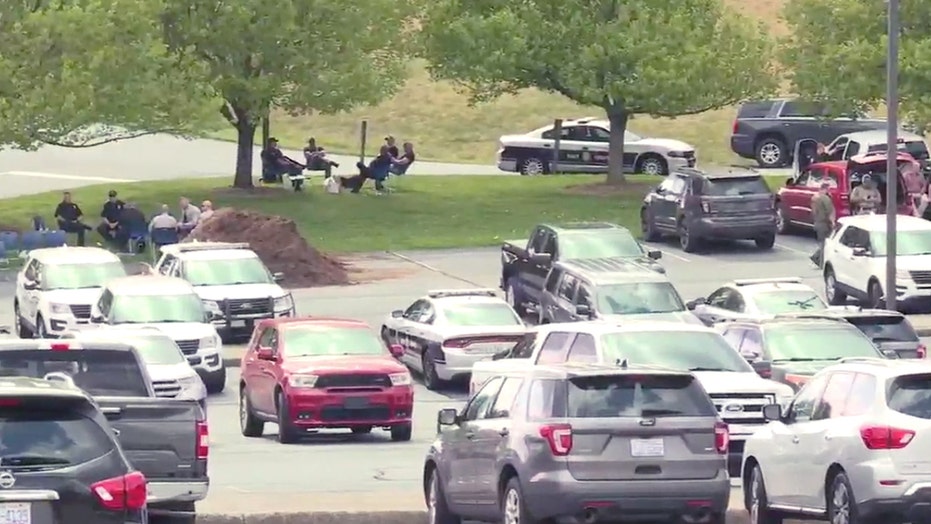 Two North Carolina sheriff’s deputies have been shot after entering a Watauga County home to conduct a wellness check, according to local police.

One of them was still inside in unknown condition as an armed standoff continued into the evening.

The Boone Police Department tweeted that its officers were assisting the Watauga County Sheriff’s Offices during an ongoing standoff near the Mount Vernon Baptist Church Tuesday afternoon. Blowing Rock police were also on scene, as well as state police and SWAT operators.

Authorities issued a shelter in place order for the community around Hardaman Circle, about 115 miles northwest of Charlotte. 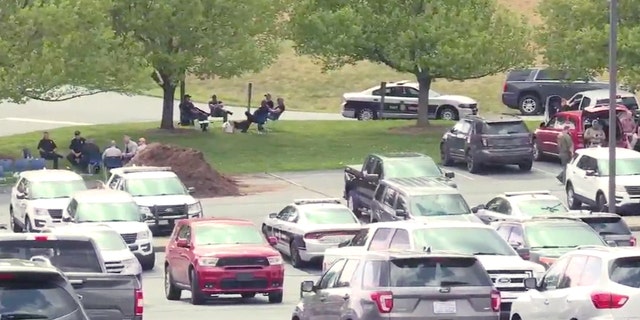 Police set up a staging area at the Mount Vernon Baptist Church, which is also the site of a school that was placed on lockdown amid an ongoing standoff at a nearby home.
(Fox 46 Charlotte)

Authorities said an ongoing standoff in Browns Chapel area prompted the lockdown after officers arrived around 10 a.m. following reports that a homeowner and his family had been absent from work and were not answering the phone, according to Fox 46 Charlotte.

When the deputies arrived, they found all of the family’s vehicles outside. They went in and an unidentified shooter opened fire, striking two of them, police said.

A medical helicopter took off at about 1 p.m., carrying one victim to the Johnson City Medical Center. The other remained within the home at 5 p.m., and details about his or her condition were unknown.

Residents were warned to close and lock their doors and windows and shelter inside.

Video from the scene showed that police had blocked off Chapel Hills Road and were staging in the church parking lot as they worked to secure the area.

The nearby Mount Vernon school also ordered a lockdown, although parents were allowed to pick up their children.

Police said they evacuated nearby residents and surrounded the home. The standoff was still active as of 5 p.m.