Amid the backdrop of escalation, Cyprus’ President, Nicos Anastasiades has urged the EU to act now to prevent further issues in the region. He spoke to European Council President, Charles Michel, over the current state of relations while insisting international law must be honoured. He added: “I informed the European President of the developments regarding the illegal actions of Ankara in Cyprus.

“The EU must make a decisive contribution to consolidating stability in the region while remaining committed to respecting international law and the law of the sea.

“I repeated to Mr Michel that as Cyprus, we emphasize the need to utilize all the means at our disposal, avoiding approaches of two meters and two stations.

“As long as there are illegal actions against Member States, the EU’s response must be immediate.”

Tensions erupted after the Turkish vessel, the Oruc Reis entered into waters around the Greek island of Kastellorizo. 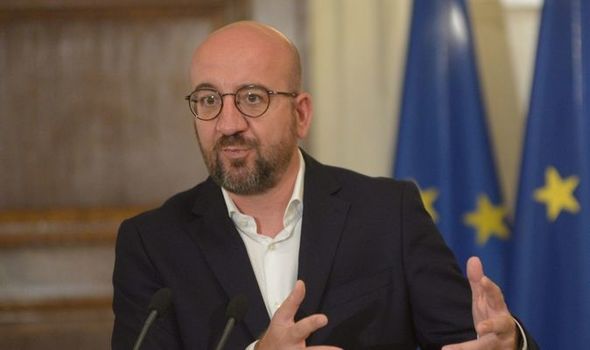 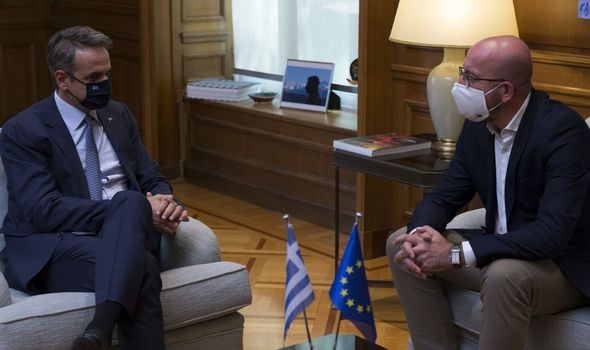 The ship was accompanied by two other vessels into the waters, in what the Greek government claimed was a serious violation.

The Greek navy then proceeded to conduct military drills after the vessel entered the waters on August 10.

Although the ship has returned to Turkey, Ankara has insisted its has not given up on its territorial demands.

The EU has threatened to impose sanctions on Turkey although no other action has been taken by Brussels.

JUST IN: PMQs LIVE: ‘Why’s he not here?!’ Boris hits out at Keir Starmer 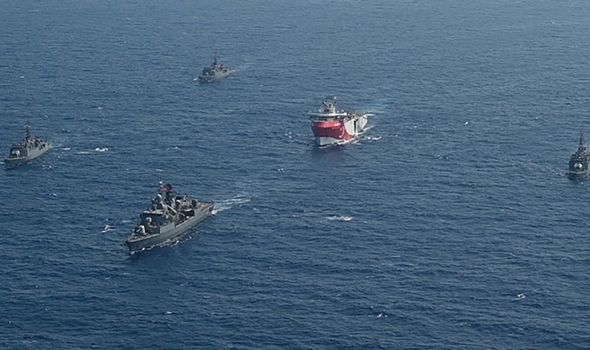 Mr Michel has stated his desire for talks to be conducted in order to find an agreement.

The President said: “We are discussing the idea of a multilateral conference because, beyond bilateral dialogue, there is probably the need to bring the different countries to the table in order to deal with the different issues.”

France has taken an increased role in the region amid the escalation in tensions. 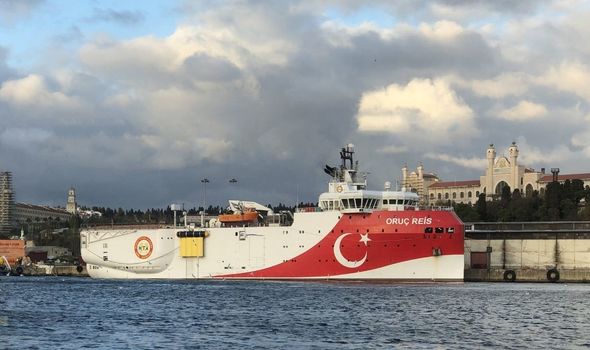 He also indicated the French military would now monitor the situation in the region.

Like Cyprus’s President, Mr Macron claimed the EU must form a united response to Turkey’s movements in the region.

In response, Turkey’s foreign ministry said: “French President Macron has once again made arrogant statements, in an old colonialist style.

“The statements also promote tensions and endangers the interests of Europe and the European Union.

“Macron attacks Turkey and our President every day because we thwart his insidious projects and his dirty foreign policy games. 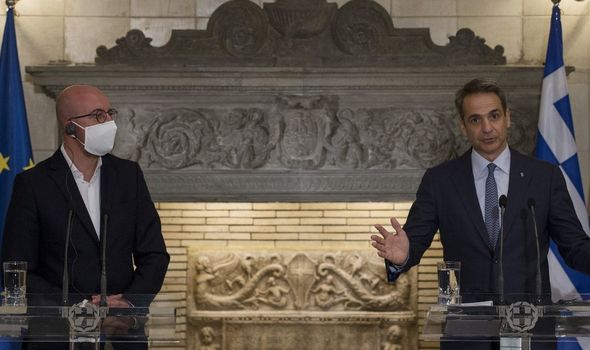 “Instead of posing blindly as the advocate of Greece and the Greek Cypriots, France should adopt a position favouring reconciliation and dialogue.”

END_OF_DOCUMENT_TOKEN_TO_BE_REPLACED

The Daily Star’s FREE newsletter is spectacular! Sign up today for the best stories straight to your inbox Police are racing to identify 19 burned bodies found in trucks amid fears of a cartel crackdown. The bodies were discovered with gunshot wounds and are thought to have been migrants from

END_OF_DOCUMENT_TOKEN_TO_BE_REPLACED

Donald Trump ‘may engage in warfare with Iran’ warns expert Ambassador Majid Takht Ravanchi said Iran is waiting for the new US President to lift sanctions and rejoin the 2015 Joint Comprehensive Plan of Action (JCPOA), which Mr Trump pulled out of. The UN ambassador also shared there has been

END_OF_DOCUMENT_TOKEN_TO_BE_REPLACED

[Live: follow our coverage of the Biden Administration] WASHINGTON — President Biden on Wednesday will direct federal agencies to determine how expansive a ban on new oil and gas leasing on federal land should be, part of a suite of executive orders that will effectively launch his agenda to combat

END_OF_DOCUMENT_TOKEN_TO_BE_REPLACED
Recent Posts
We and our partners use cookies on this site to improve our service, perform analytics, personalize advertising, measure advertising performance, and remember website preferences.Ok