Home » World News » Afghanistan: What does each G7 nation think of US evacuation deadline and could Taliban veto an extension?

Afghanistan: What does each G7 nation think of US evacuation deadline and could Taliban veto an extension?

Boris Johnson is expected to ask Joe Biden to keep his troops in Afghanistan’s capital for longer to allow for more people to be evacuated.

The prime minister will host a virtual summit to discuss the situation in Afghanistan on Tuesday with the US president and the leaders of the other Group of Seven (G7) countries: Canada, France, Germany, Italy and Japan.

However, the Taliban has warned of consequences if foreign forces remain past the 31 August withdrawal deadline.

An official in the militant group said troops would not be granted an extension if one was sought. 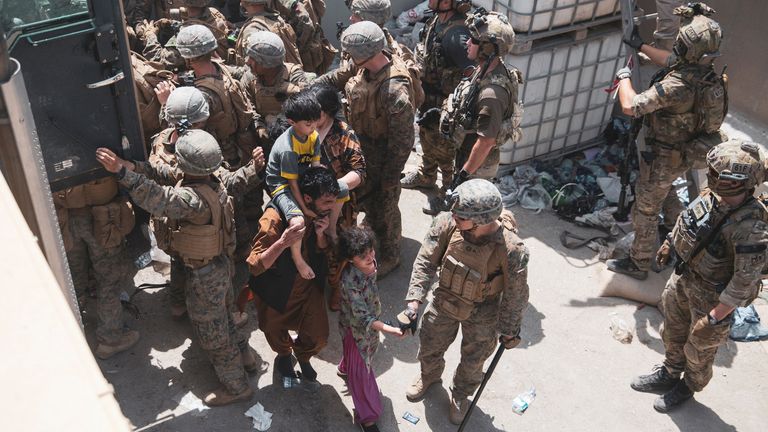 Sky News looks at what the G7 countries think about the cut-off date ahead of the virtual summit on Tuesday afternoon.

The G7 crisis talks come amid severe criticism of President Biden‘s handling of the US withdrawal from Afghanistan.

Complaints from the UK, France, Germany and others in the G7 are likely to feature at the meeting, though it is unclear how Mr Biden will seek to address the consequences of his actions.

The White House has refused to indicate whether Mr Biden will extend his self-imposed deadline of 31 August for the complete withdrawal of US forces. Speaking ahead of the emergency talks, Britain’s defence secretary Ben Wallace admitted President Biden was “unlikely” to delay the departure of US troops.

The cabinet minister warned the security risk in Kabul becomes “more and more dangerous” every day as the withdrawal deadline looms, and acknowledged that “we’re not going to get everybody out of the country”.

Britain has evacuated 8,600 people from Afghanistan over the last 10 days, including more than 2,000 in the previous 24 hours, he added. 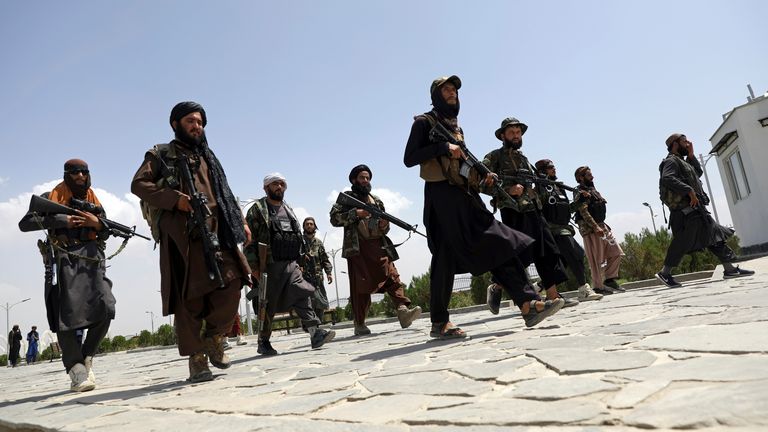 Germany has also criticised the pace of the evacuation effort and warned that many of its staff are still in the country.

The country’s foreign minister, Heiko Maas, has said the majority of local staff who worked for his country in Afghanistan have not yet been evacuated.

He said the G7 meeting would be “very important” for discussing international access to the Kabul airport beyond 31 August. 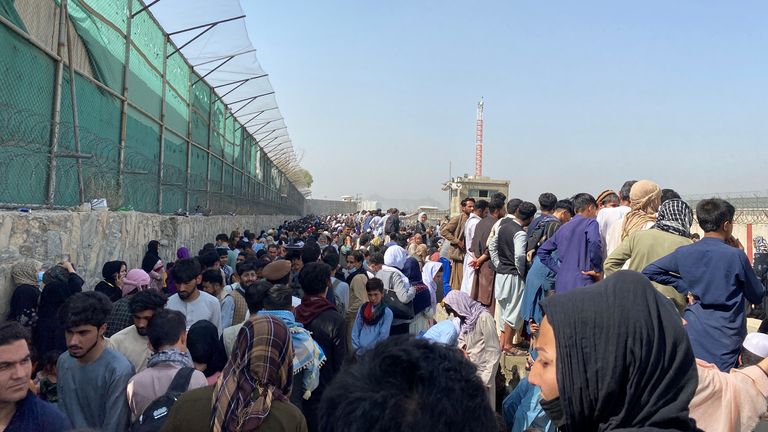 France has said more time is needed for evacuations.

President Emmanuel Macron has also called on Mr Biden to extend his deadline to ensure the evacuation of all foreign nationals, as well as Afghans who worked for or otherwise supported the US-led NATO operation that ousted the Taliban from power in 2001.

In a call between the French and US presidents last Thursday, Mr Macron said there was a “collective moral responsibility” for Afghan men and women who worked for the operation, and added: “We cannot abandon them.” Italian Prime Minister Mario Draghi has reportedly called for a summit of the G20 nations to discuss the Taliban’s takeover of Afghanistan. He is the chair of the group, which includes Russia and China, two states which have benefited from the US withdrawal.

His government has backed a deadline extension, and he told local TV last week: “Europe will rise to the occasion. We are all aware that cooperation is absolutely necessary to address two objectives: reception (accepting refugees) and security.”

Several Italian evacuation flights have left Kabul, carrying both Afghan nationals and former aides to the Italian mission in Afghanistan. Italy repatriated around 900 of its soldiers in June. The European Union has said it will ramp up its support for Afghans from €50m to €200m.

Ursula von der Leyen, the head of the EU Commission, said: “This humanitarian aid will come on top of member states’ contributions to help the people of Afghanistan.”

Ms Von der Leyen added that she would announce the additional support at the G7 summit.

Canadian Prime Minister Justin Trudeau has not yet commented on whether he would ask Mr Biden to extend the withdrawal deadline.

However, he has said he favours economic sanctions against the Taliban.

“First of all, the Taliban are already recognised under Canadian law as a terrorist entity,” he told The Globe and Mail. “When we have our G7 meeting shortly, we will certainly be discussing what more we can do and must do.” 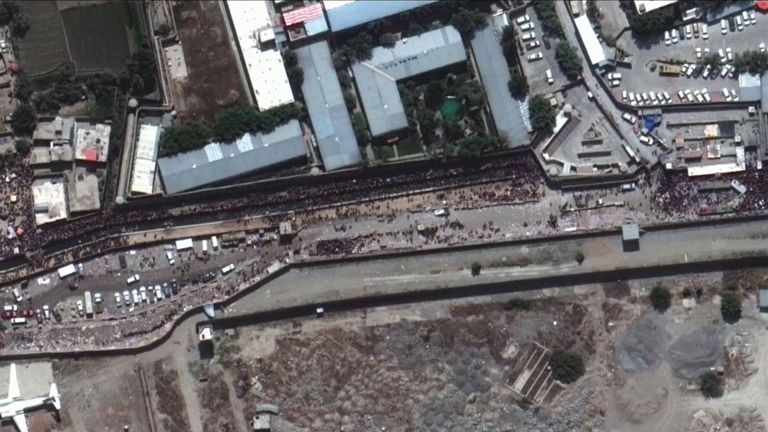 The country closed its embassy in Kabul on 15 August and set up a temporary office in Turkey, but local employees at the embassy and other Japan-related organisations remained in Afghanistan.

Mr Kishi said Japan plans to finish its evacuation before the 31 August deadline.