Alex Salmond has been handed £500,000 of taxpayers’ money after a botched investigation into complaints against him.

The Scottish Government yesterday confirmed it has paid the former first minister the huge sum to cover his legal costs in the Court of Session battle.

The £512,250 paid to Mr Salmond is in addition to the Government’s own legal fees of £118,523. Mr Salmond estimates the total cost to the public purse could exceed £750,000 when internal legal staff time is taken into account. 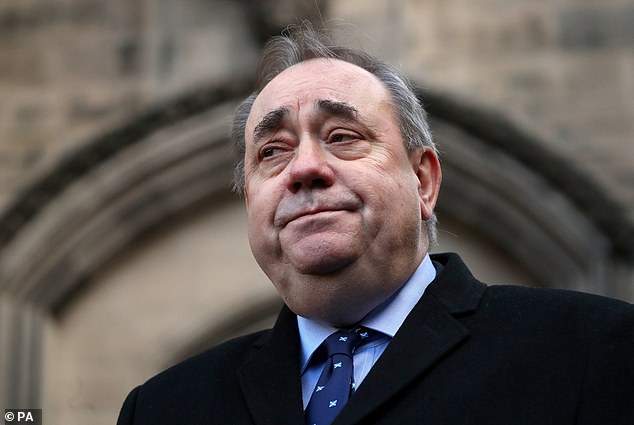 The former SNP leader yesterday stepped up the pressure on Scotland’s top civil servant, Leslie Evans, by demanding that a Holyrood inquiry finds who was responsible for the ‘huge waste of public funds’.

Mrs Evans has already been criticised over ‘serious concerns’ that evidence relating to the misconduct probe into Mr Salmond were deleted and cannot be retrieved.

Conservative MSP Donald Cameron, a member of the Holyrood committee investigating the handling of misconduct complaints against Mr Salmond, said: ‘It is outrageous that over half a million pounds has been wasted thanks to the botched handling of this investigation. This is taxpayers’ money that will be handed over to Alex Salmond thanks to the appalling way these complaints were dealt with.

‘In addition to this wasted money, the two people who made these complaints have been badly let down by the Scottish Government.

‘That is exactly why the Holyrood inquiry that we called for is necessary. This scandal cannot simply be swept under the carpet, and parliament must get to the bottom of exactly what happened.’

Mr Salmond launched a judicial review at the Court of Session to challenge the way the Scottish Government had dealt with two complaints about his conduct, during his time as First Minister. He won the case in January after the Government admitted its investigation had been ‘tainted by apparent bias’. 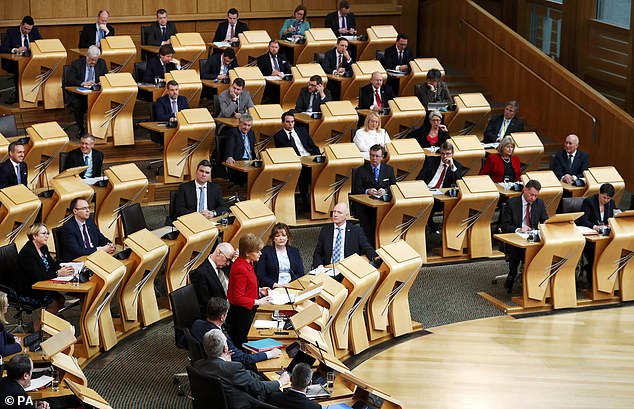 It paid around 85 per cent of Mr Salmond’s legal costs. Most settlements are for around 60 per cent of legal costs, but Mr Salmond demanded a higher proportion due to the scale of the failings in the investigation.

He is expected to face trial next year on multiple charges of attempted rape and sexual assault – charges which he denies.

A spokesman for Mr Salmond said: ‘The huge amounts which have been paid in legal expenses by the Scottish Government reflects the agreement by which the investigation of Mr Salmond was declared by the Court of Session as “unlawful”, “unfair” and “tainted by apparent bias”.

‘On the steps of the Court of Session in January Mr Salmond warned that the costs to the public of the unlawful actions of the Scottish Government could be around half a million pounds.

‘In fact, as the legal expenses and Court expenses have been agreed, it is now clear that the total bill could be upwards of £750,000, when proper allowance is made for the in-house legal work of the Government.

‘No doubt the upcoming parliamentary inquiries may wish to ask the very obvious questions of why this unlawful process involving such a huge waste of public funds was undertaken by the Scottish Government and who was responsible for these decisions. 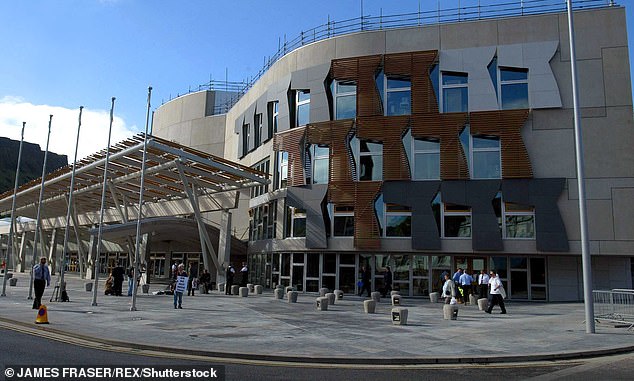 The Holyrood inquiry into the handling of the probe into misconduct allegations against Mr Salmond has been put off until after his court case. Pictured, Scottish Parliament

‘The inquiries may wish to probe why the Scottish Government decided to continue to oppose the judicial review amid mounting legal bills.’

Mr Salmond raised £100,000 through a Crowdfunding campaign to fund his legal costs. When he settles outstanding bills there is expected to be a surplus, which he has committed to donating to ‘good causes’.

He has called for Mrs Evans to be held accountable for the botched investigation.

The Holyrood inquiry into the handling of the probe into misconduct allegations against Mr Salmond has been put off until after his court case.

A separate investigation is taking place to determine if Nicola Sturgeon breached the ministerial code in meetings and conversations with Mr Salmond before the Court of Session case.

A Scottish Government spokesman said: ‘We can confirm that final settlement of £512,250 has been made to Mr Salmond for legal costs arising from his petition for judicial review.’

END_OF_DOCUMENT_TOKEN_TO_BE_REPLACED

END_OF_DOCUMENT_TOKEN_TO_BE_REPLACED
Recent Posts
We and our partners use cookies on this site to improve our service, perform analytics, personalize advertising, measure advertising performance, and remember website preferences.Ok