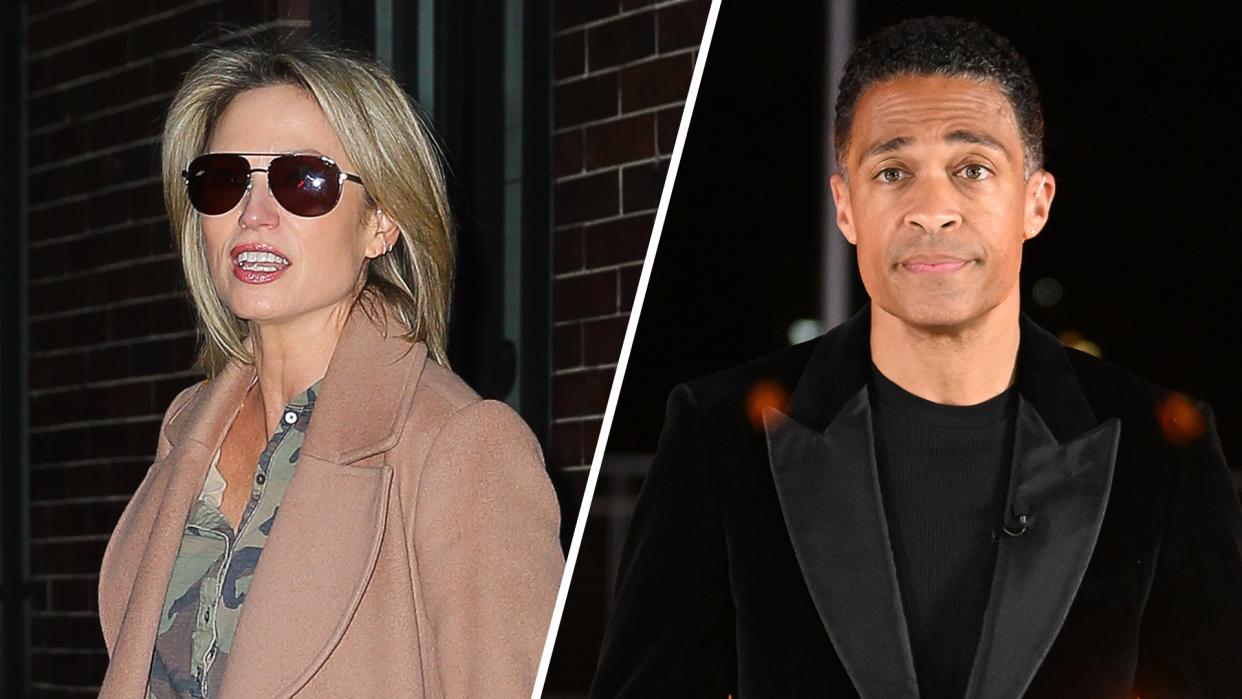 Amy Robach and T.J. Holmes are getting out of town. The GMA3 anchors were photographed together at Atlanta's international airport on Monday. In photos obtained by The Daily Mail, Holmes, 45, walked with his arm around his girlfriend.

Holmes and Robach's getaway comes as a source tells Yahoo Entertainment the two "have nothing to hide" with their relationship.

"They are going strong despite everything," the insider close to the couple adds.

"Everything" likely refers to the intense scrutiny the journalists have faced over their relationship.

Robach, 49, and Holmes's romance was revealed last month after The Daily Mail posted photos of the Good Morning America reporters getting cozy outside of work. Both have been married to other people since 2010, but Yahoo was told Robach and Holmes separated from their respective spouses, actor Andrew Shue and attorney Marilee Fiebig, over the summer.

Holmes and Robach went on to host GMA3, the popular afternoon spinoff show, one day after their alleged affair made headlines. Neither addressed the brewing scandal. But they got yanked off the air the following week.

ABC News President Kim Godwin told employees during an editorial call on Dec. 5 that while Holmes and Robach's consensual relationship "is not a violation of company policy," the network had to work through what's best for the company. ABC launched an internal review and Holmes and Robach remain sidelined.

Multiple reports claimed in recent weeks that Holmes had interoffice affairs before he and Robach got together. Both women were reportedly subordinates, so that is likely part of the review. ABC's investigation is ongoing.