Argentine authorities capture crew of ‘black widows’, including a 17-year-old, who ‘lured businessmen to parties to drug and rob them’ for years

Authorities in Argentina have filed charges against a crew of four so-called ‘black widows,’ including a 17-year-old, who were wanted for drugging and robbing businessmen they met in public and through social media.

Sabrina Cynthia Novillo, 36, and Pamela Sosa, 17,  and a 29-year-old man were arrested July 20 at a clandestine party in the Buenos Aires town of Quilmes that was held despite social distancing measures that have been set in place since March due to the COVID-19 pandemic.

Novillo’s sister, Macarena Novillo, and her sister-in-law, Karen Nieva, were also apprehended in the following days.

Novillo and the rest of the group are tied to at least five robberies that occurred between 2018 and 2020. 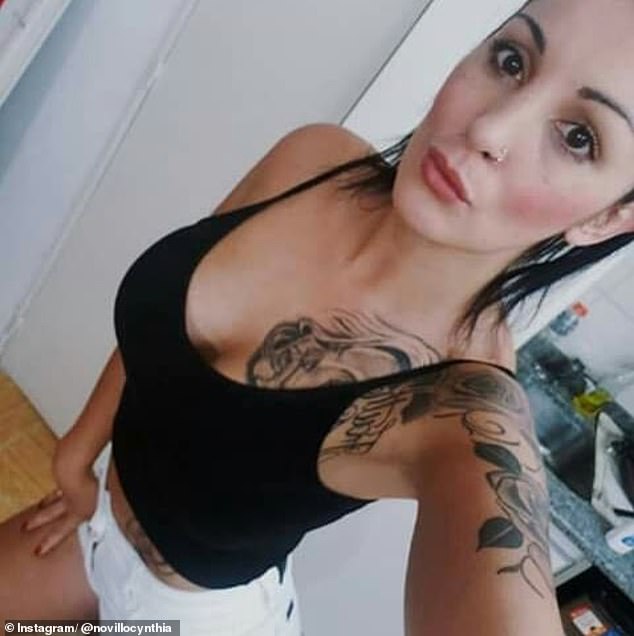 Authorities say Sabrina Cynthia Novillo was part of a group that targeted wealthy men in Buenos Aires, Argentina, befriending them before drugging their drinks and robbing their belongings 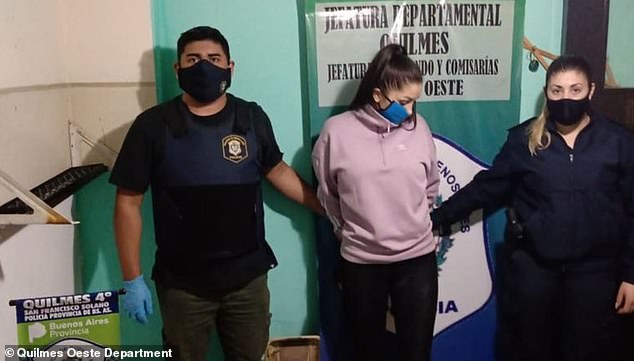 Their captures came on the heels of a three-month investigation into the robbery of a 52-year-old restaurant businessman in the Buenos Aires neighborhood of Recoleta.

The man, whose name was withheld, told authorities that on May 25 he invited Novillo and Sosa to his apartment after meeting them via WhatsApp and had his chauffeur pick up the pair.

The victim told the police that the gathering was centered around a business proposition. After a few glasses of champagne, one of the two women allegedly slipped him a pill of benzodiazepine, a psychoactive drug, that completely put him to sleep.

He woke up the following morning to find $70,000 missing along with a Rolex and Hublot watch and his iPhone. The woman took his car keys and fled in his Toyota Corolla. 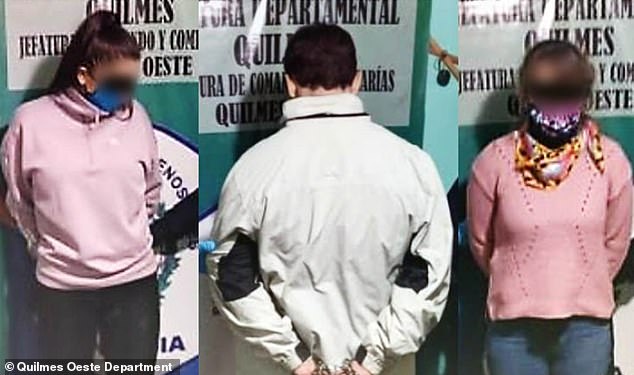 Cops in the Buenos Aires neighborhood of Quilmes went to break up a clandestine party July 20 and arrested Sabrina Cynthia Novillo (left), a 29-year-old man who was part of the gang which targets wealthy men, and 17-year-old Pamela Sosa 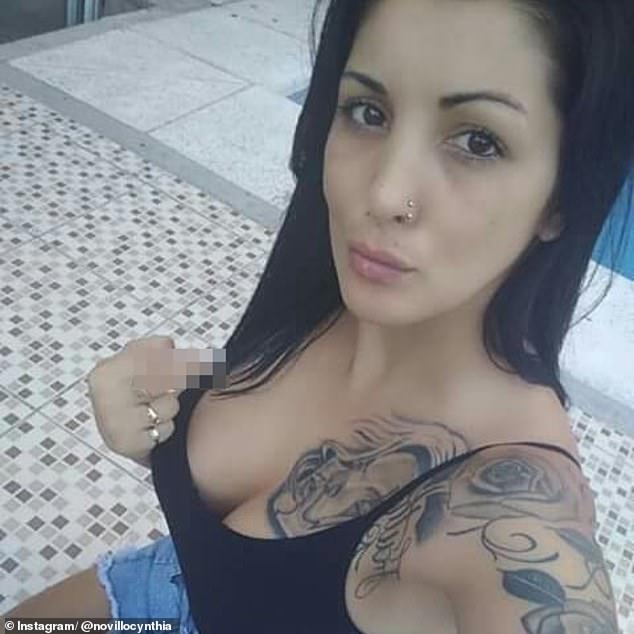 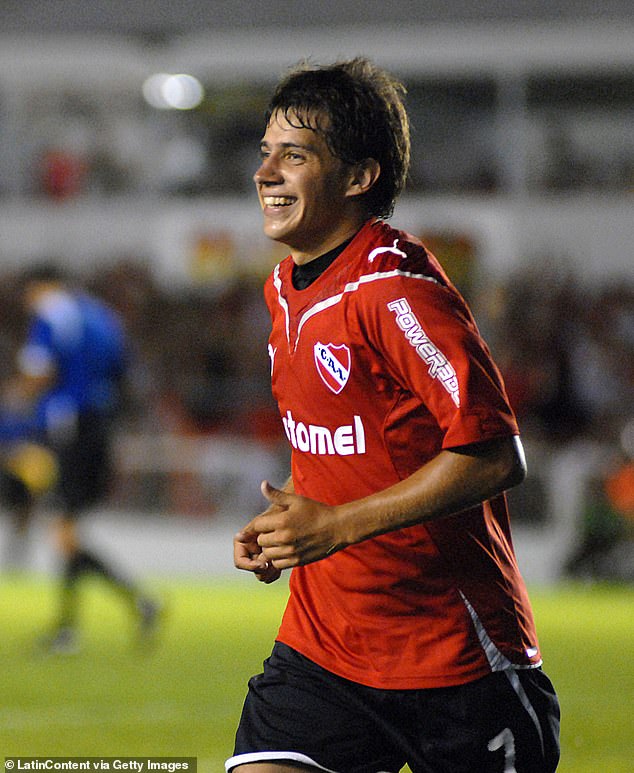 Walter Busse was Sabrina Cynthia Novillo’s highest profile victim. He took her and another woman to his apartment on April 26, 2011 and was drugged. He woke up the following afternoon and saw his dog had been stolen along with other personal items

According to Infobae, Novillo and Sosa also lured a 48-year-old construction company owner October 19, 2019 after meeting him at restaurant.

The divorced man, identified by authorities as M.T., engaged the women in a friendly conversation at approximately 3am and invited them to his home at about 5am. Over a few drinks, the man bragged to the women about owning a home in the Buenos Aires affluent neighborhood of Nordelta.

He told investigators that he initially opposed taking Novillo and Sosa to the Nordelta home before he finally gave in. The arrived at his second residence at about 7:40am and had a couple of more drinks before one of the two women placed a pill in his drink that knocked him out. 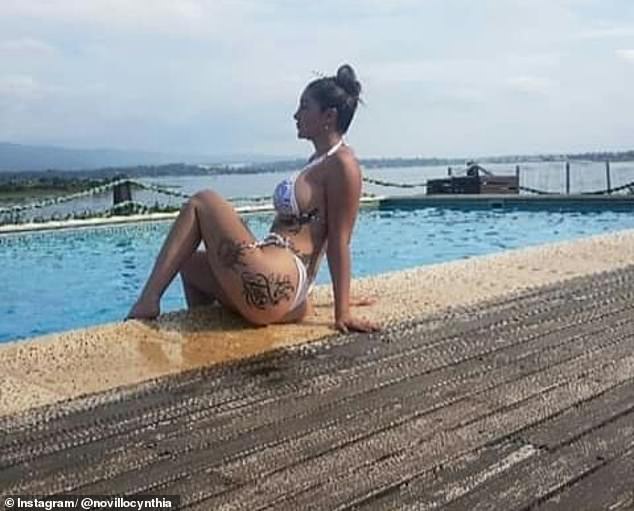 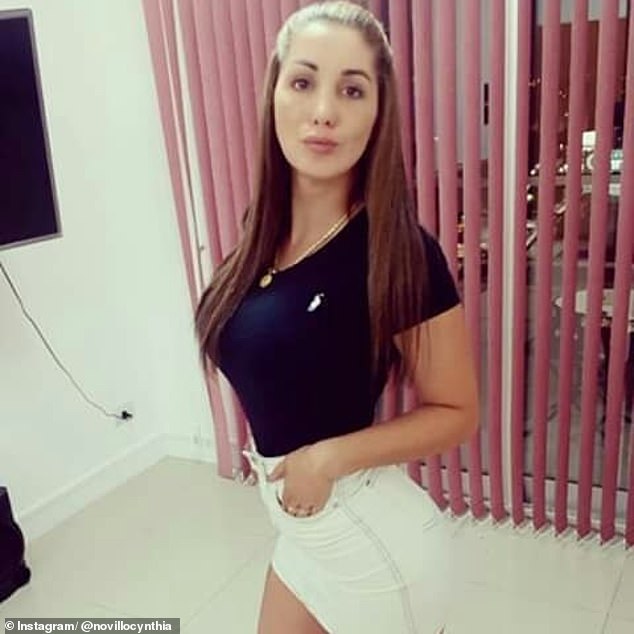 Authorities link Sabrina Cynthia Novillo to robberies committed May 2018; June 2018; October 2019; March 2020; and May 2020 in Buenos Aires, Argentina. On each occasion, Novillo would accompany men to their homes before they were drugged and robbed, police say 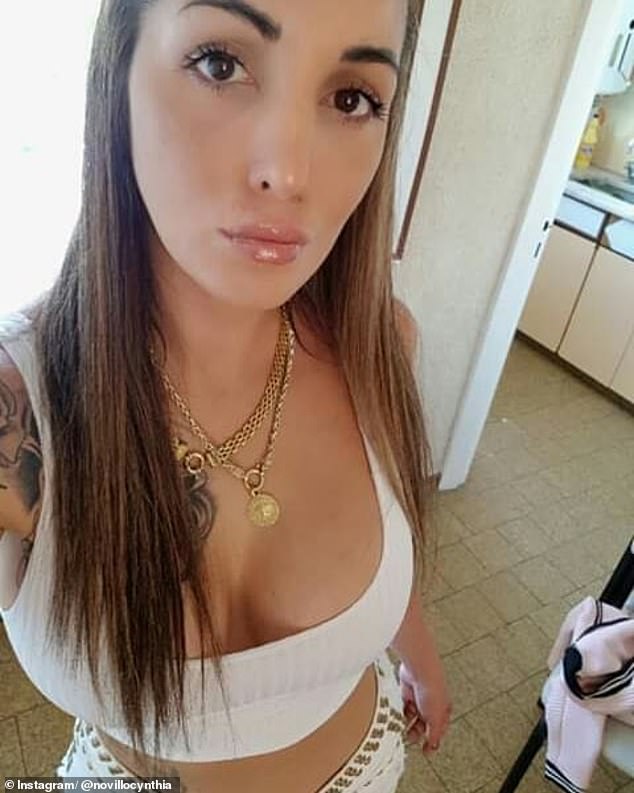 The women took his BMW and returned to his apartment and stole at least $70,000, plus 30,000 Argentine pesos and three luxury watches.

Novillo made news for luring Argentine soccer player Walter Busse after meeting him on April 26, 2011. Busse took Novillo and another woman to his home before he woke up the following afternoon and found his pet dog missing along with a laptop, iPad, two Blackberry phones, a camera, his television and Mini Cooper.

Novillo received a three-year suspended sentence in February 2019 after spending eight months in a federal jail during the investigation of her role in seven robberies she participated in from 2009 to 2012.

END_OF_DOCUMENT_TOKEN_TO_BE_REPLACED

END_OF_DOCUMENT_TOKEN_TO_BE_REPLACED
Recent Posts
We and our partners use cookies on this site to improve our service, perform analytics, personalize advertising, measure advertising performance, and remember website preferences.Ok