A GROUP of armed black men called the Freedom Fighters have been praised by Minneapolis officials, just months after the city voted to defund the police.

The group maintains, however, that despite carrying weapons, they don't want to be the police – but instead want to be "the bridge to link the police and community together." 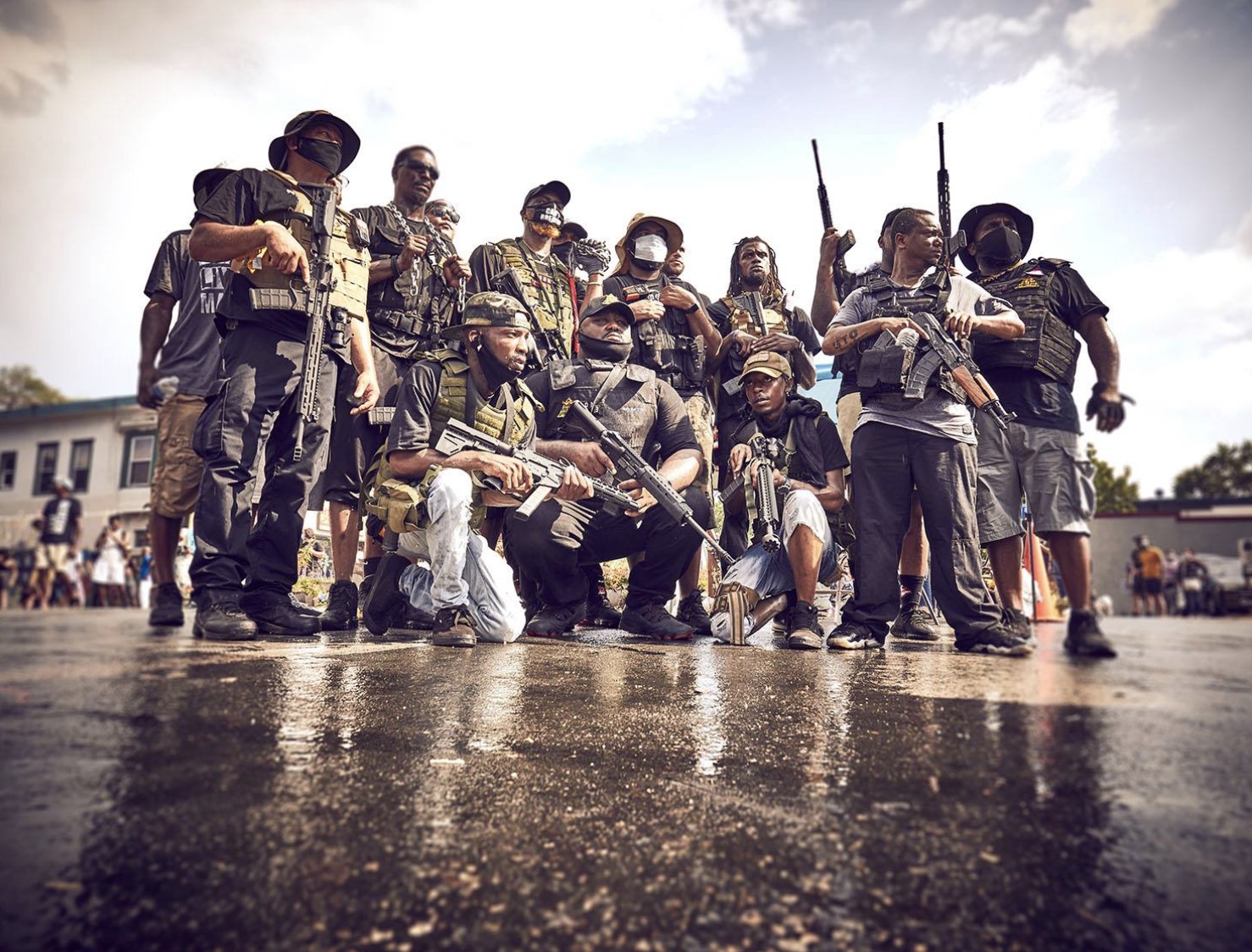 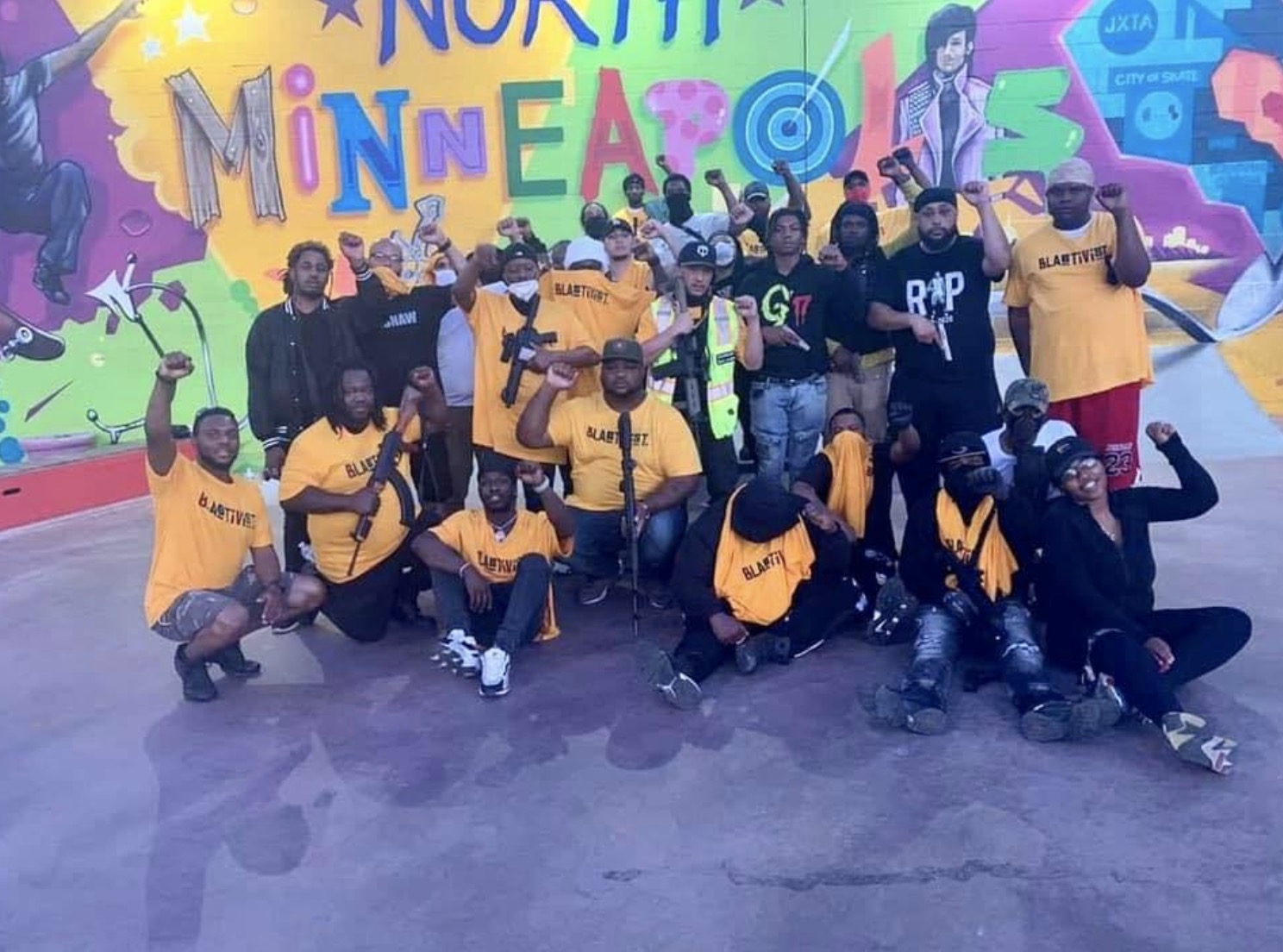 The Freedom Fighters came together after George Floyd was killed by police in the city in May. The local NAACP chapter put out a call for residents to help protect small businesses from violence and looting.

A group of about two dozen men in the predominantly black north end of the city answered the call and have been patrolling the streets – with AR-15s, glocks and tactical vests – ever since.

Despite the city's resistance to being policed since Floyd was killed, officials have praised the group for "stepping up" for their community.

"It's important to have men from the community step up for the community," Sasha Cotton, director of the city's Office of Violence Prevention, told the Los Angeles Times. 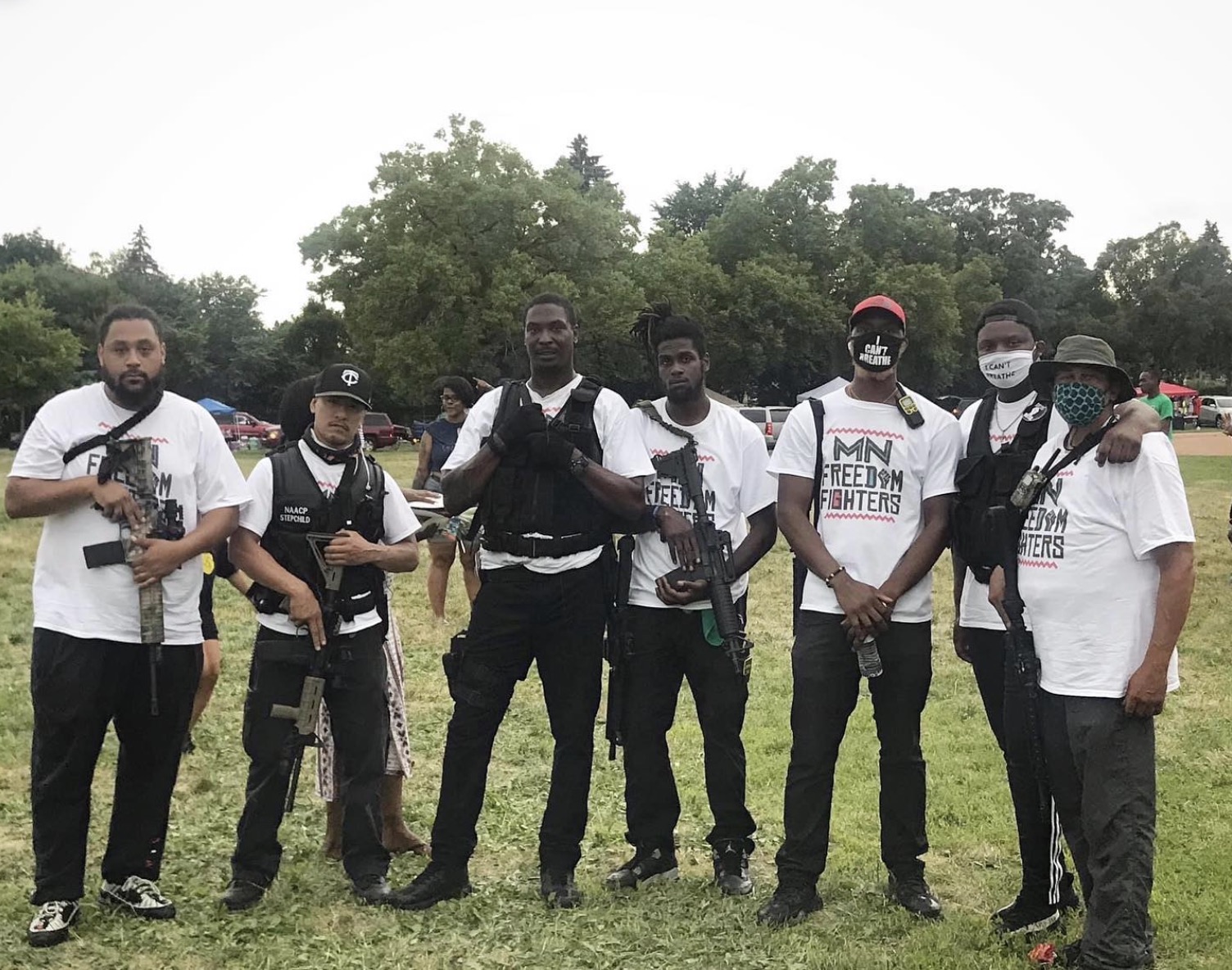 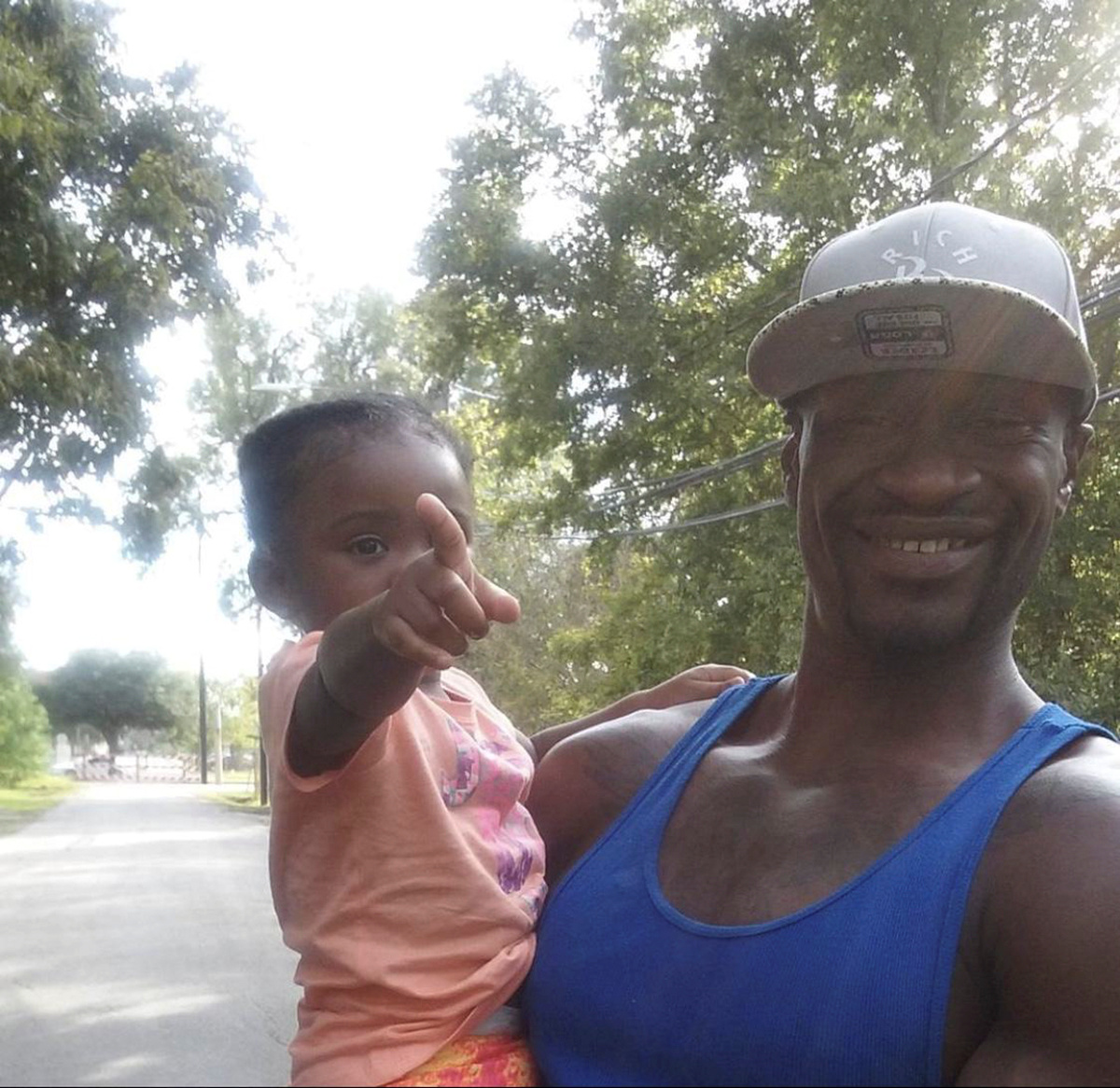 "'It's their right to be out on the streets and it's commendable. There are black residents who in the early days of the unrest felt vulnerable … and still do," she added.

In recent months, amid nationwide unrest sparked by the death of Floyd and other black Americans at the hands of police, incredible violence has broken out when people try to take the law into their own hands.

In Kenosha, Wisconsin, 17-year-old Kyle Rittenhouse was accused of killing two men who were protesting the police shooting of Jacob Blake with a military-style rifle over the summer. 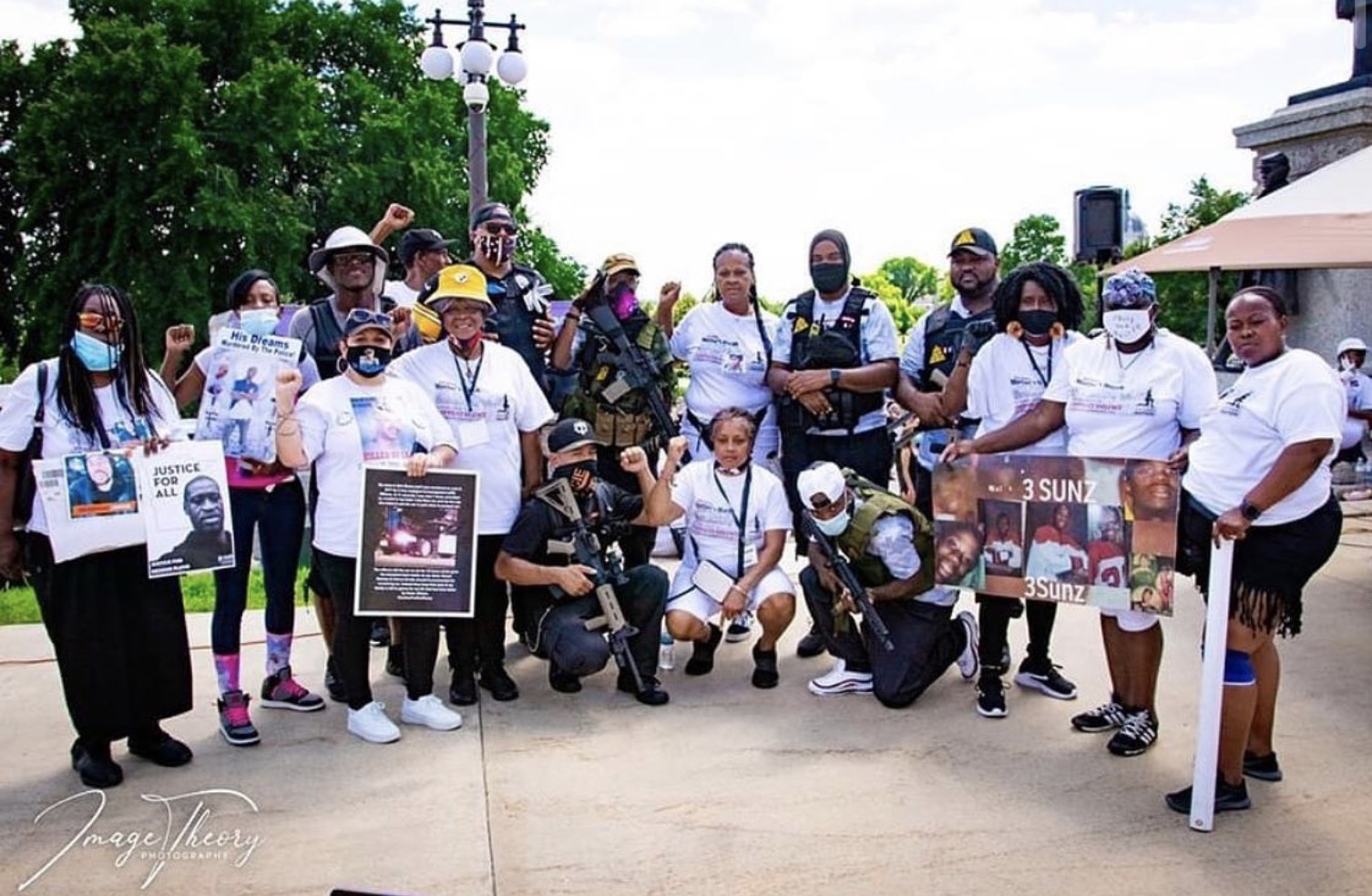 In Portland, Oregon, a man who had been providing armed security to protesters, Michael Reinoehl, allegedly fatally shot a member of a far-right group. He claimed the shooting was in self-defense, however, he was also killed by federal agents as shots broke out when they tried to arrest him.

However, the Freedom Fighters told the Los Angeles Times that they don't think they are in danger from police because they are cooperating with authorities.

The group also said they aim to de-escalate situations so that police don't need to be called in.

A member of the group, Romeal Taylor, told the outlet that he felt compelled to join after he heard the open call for licensed gun owners because he was frustrated that people were coming into the city and destroying property.

"These weren't black folks," he said. "These were outsiders truly intent on destroying this city."

The violent crime rate in Minneapolis has spiked significantly since Floyd's death, and members of the city's council expressed frustration last week about the ongoing unrest.

Police Chief Medaria Arradondo said that criminals in the city are feeling "emboldened" as the police force is dwindling.

Arradondo said that roughly 100 cops have left the Minneapolis Police Department in 2020, a significantly higher number than usual, and the department expects more to head out soon.

Over the summer, the city council unanimously voted to disband the police department and replace it with a community-led public safety model.

The city was set to begin a year-long process of engaging with the community in an effort to work together to create a new public safety model.

However, that process stalled.

Some community members have heavily criticized the city council, saying the move to defund the department has lead to the spike in crime.

END_OF_DOCUMENT_TOKEN_TO_BE_REPLACED

END_OF_DOCUMENT_TOKEN_TO_BE_REPLACED
Recent Posts
We and our partners use cookies on this site to improve our service, perform analytics, personalize advertising, measure advertising performance, and remember website preferences.Ok