Footage shared online has shown protesters throwing molotov cocktails at military vehicles as the authorities struggle to contain the riots in Iran over the death of a young woman at the hands of morality police trying to enforce hijab rules on women’s dress. Thousands of Iranians continue to storm the streets in dramatic scenes as it emerged that the police forces have allegedly joined forces with the rioters. At least 41 people have been killed in the week-long unrest, state television said on Saturday, with protests happening in almost all of the country’s 31 provinces.

According to local reports, protesters have managed to take over an arms depot in Tehran, while footage has shown the situation growing more tense between officials and rioters.

Streets have been lined with angry protesters demanding justice for 22-year-old Mahsa Amini.

The footage shows thousands of Iranians, escorted by military officials, chanting against the Iranian Government.

Fires can be seen erupting across the city of Tehran and in other provinces as the military battle to overcome the crowds. 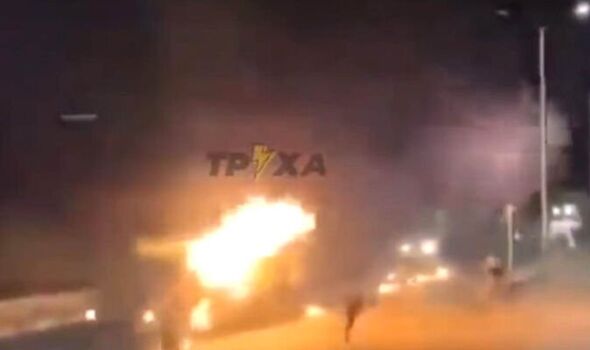 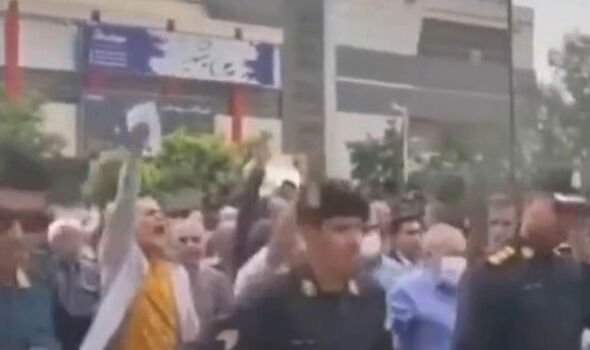 President Ebrahim Raisi said on Saturday that Iran must deal decisively with protests which have swept the country.

State media quoted Mr Raisi on Saturday as saying Iran must “deal decisively with those who oppose the country’s security and tranquillity”.

Mr Raisi was speaking by telephone to the family of a member of the Basij volunteer force killed while taking part in the crackdown on unrest in the northeastern city of Mashhad.

The president “stressed the necessity to distinguish between protest and disturbing public order and security, and called the events … a riot,” state media reported. 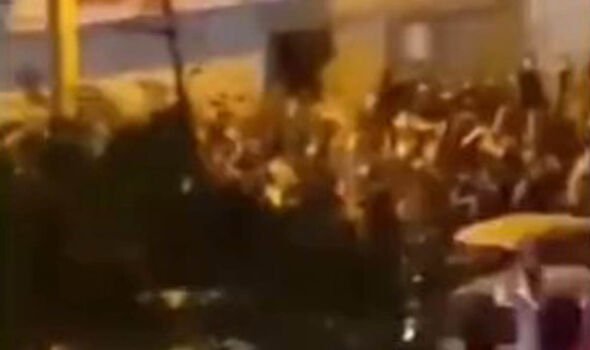 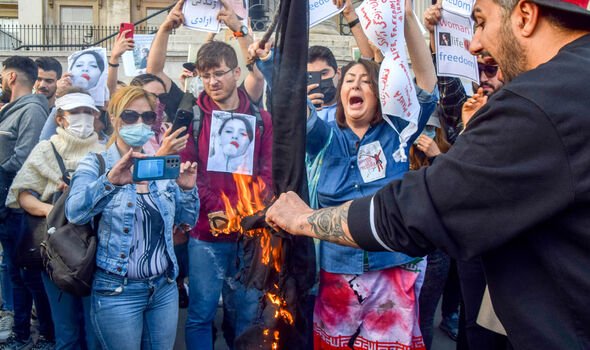 The protests broke out in northwestern Iran a week ago at the funeral of Mahsa Amini, a 22-year-old Kurdish woman who died after falling into a coma following her detention in Tehran by morality police enforcing hijab rules on women’s dress.

Her death has reignited anger over issues including restrictions on personal freedoms in Iran, the strict dress codes for women, and an economy reeling from sanctions.

Women have played a prominent role in the protests, waving and burning their veils. Some have publicly cut their hair as furious crowds called for the fall of Supreme Leader Ayatollah Ali Khamenei.

The protests are the largest to sweep the country since demonstrations over fuel prices in 2019, when it was reported that 1,500 people were killed in a crackdown on protesters – the bloodiest confrontation in the Islamic Republic’s history. 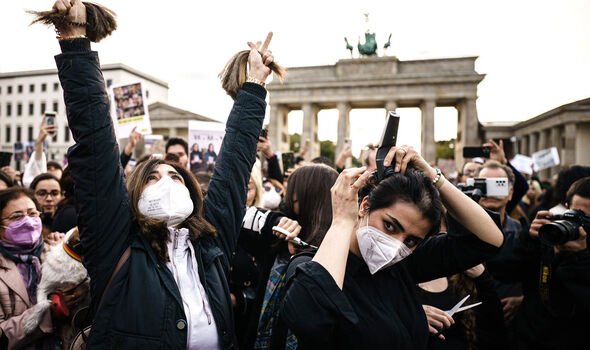 On the night of September 21, shootings by security forces left at least 19 people dead, including three children, it said.

“The rising death toll is an alarming indication of just how ruthless the authorities’ assault on human life has been under the darkness of the internet shutdown,” Amnesty said.