Australia fires: Where are the fires in Australia? Emergency warning issued

Three major bushfires have been burning at emergency warning level in Australia with homes threatened in a number of parts of the country. The blaze has already destroyed more than 7,200 hectares and was proving difficult for firefighters to tackle as it burned out of control. It comes after Australia’s 2019/2020 bushfire season, which was a period of unusually intense blazes in numerous regions of the country. The active bushfire season of last year saw more than 46million acres burn down as the fires raged on.

Where are the bushfires in Australia?

There are currently three bushfire rains in Western Australia.

Emergency warnings have been called east and north of Perth, as well as in Geraldton.

On Tuesday, a fast-moving blaze was raging about 100km north of Perth as it raged down on a number of coastal towns and communities.

Authorities in Australia are particularly concerned for people in the areas of Ocean Farms, Seaview, Wedge Island and Lancelin. 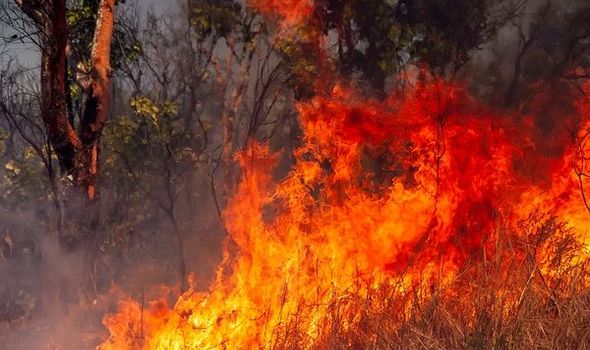 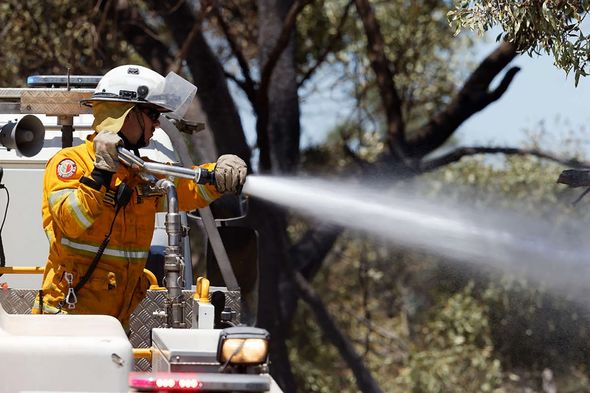 About 270 people form Ocean Farms had already left the area amid concerns the fire might not be stopped before reaching the residential area.

Those left behind had also been urged to leave.

Other communities in the area had been told to listen carefully to the latest advice and take appropriate action, with an emergency warning still in place.

Authorities said at 5.20pm local time on Tuesday, people in Ocean Farms estate, Seaview Park and surrounding areas were “in danger and need to act immediately to survive”. 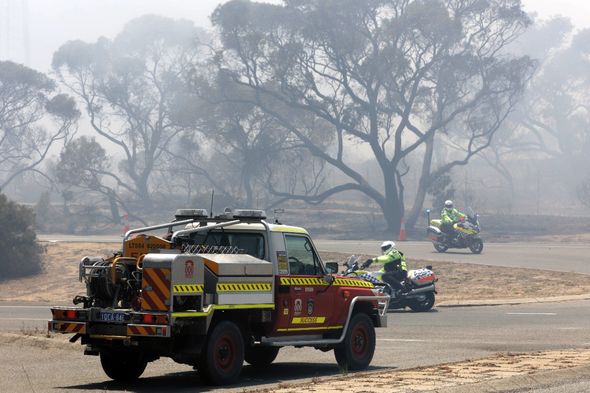 The emergency warning stated: “There is a threat to lives and homes. The alert level for this fire has been upgraded as the bushfire is moving quickly.”

In addition, emergency warnings were also issued on Tuesday for fires at Beechina, east of Perth, and Wonthella in Geraldton.

High temperatures in the area and strong, shifting winds are dragging the fire across the ground. 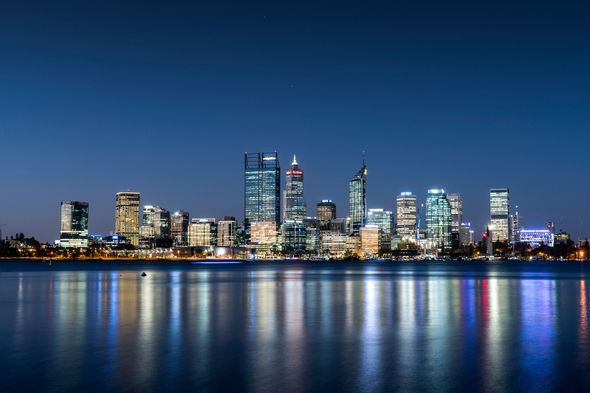 Mr Duckworth said: “We do have active fire running at the moment so we’re trying to contain and control the blaze, using all of those strategies available to us, such as the air assets and ground crew. We’re not taking it lightly.”

Mr Duckworth said people living in the mainland community of Wedge Island are particularly at risk.

Authorities are unable to send ground crews close to the fire because of the dangerous presence of unexploded ordnance from an ex-bombing range.

Mr Duckworth added: “There’s a lot of bush around there, and we’re limited in our ability to fight the fire.

“We can use our aircraft, but not much else. So we’re not confident we can pull it up before it reaches Wedge Island by any means.

“That is why we are urging those residents to pay particular attention to the warnings.”

Gingin Shire President Wayne Fewster, who was also a volunteer firefighter, said the strength of the fire was unusual.

END_OF_DOCUMENT_TOKEN_TO_BE_REPLACED

END_OF_DOCUMENT_TOKEN_TO_BE_REPLACED
Recent Posts
We and our partners use cookies on this site to improve our service, perform analytics, personalize advertising, measure advertising performance, and remember website preferences.Ok