A new Barbie doll inspired by Italy’s first woman in space has been unveiled to encourage more girls to become astronauts.

Samantha Cristoforetti, 42, was presented with two versions of the classic toy – which have been made to resemble her – following a partnership between manufacturer Mattel and the European Space Agency (ESA).

Cristoforetti said she hopes the collaboration “will help young girls and boys to imagine their future without being constrained by artificial limits”. 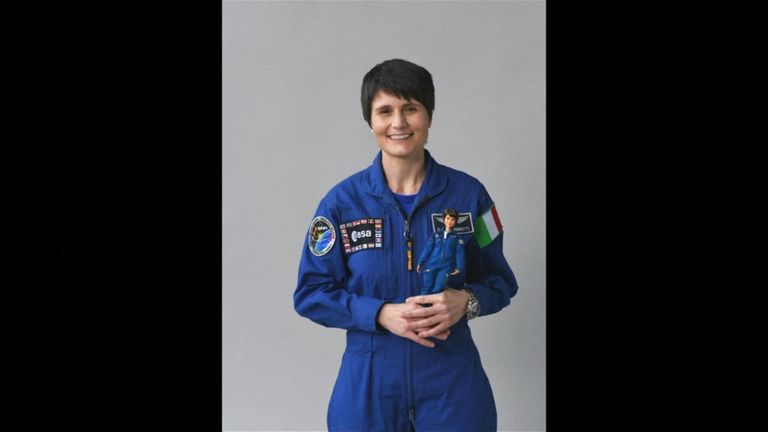 One Barbie is wearing a stylised reproduction of NASA’s spacewalking suit, while the other is sporting a blue flight suit complete with ESA patches.

The space agency said the dolls were created to highlight careers in which women are under-represented and to “showcase to girls the many opportunities open to them”.

Mattel told Sky News the dolls were made bespoke and are not available for sale, although another generic astronaut model can be bought.

The partnership is part of Barbie’s ongoing Dream Gap Project, which aims to “level the playing field for girls globally”. 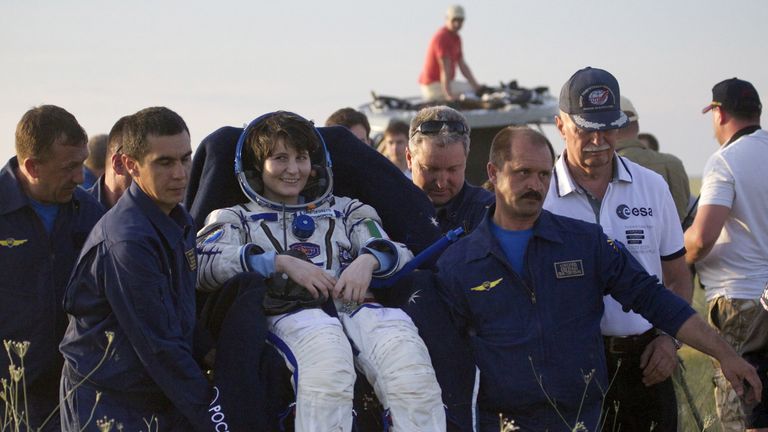 Cristoforetti was selected as an ESA astronaut in 2009.

She spent 200 days in space, which currently the longest spaceflight for a European, the ESA says.