BBC Weather meteorologist Carol Kirkwood said cloud will be slowly taking over following a rather settled start to the day. Gusty winds will develop throughout the country, with western areas set to experience the stronger gusts at over 40mph. Ms Kirkwood said: “This is the front that’s been moving eastwards overnight, a ridge of high pressure follows on behind.

“And then this next area of low pressure with its fronts comes our way later.

‘When we eventually lose all this cloud and rain from the east coast, it will brighten up. Winds will ease, lingering longer in the Shetlands.

“You might not see the backhand of it until the afternoon. Again, a fair bit of sunshine through the day as the front approaches from the west.

“The cloud will build, we’ll see some drizzle and some patchy, light rain. The wind will start to strengthen as well.” 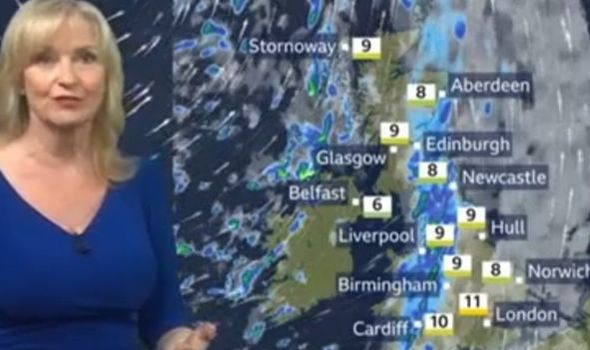 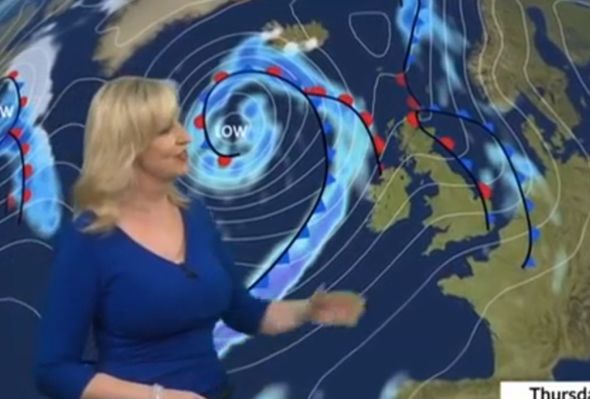 The BBC Weather forecaster said a wall of rain coming in from the Atlantic will also move in overnight, bringing along additional rainfall which is due to turn thundery in some spots.

Ms Kirkwood continued: “We will see the arrival of this band of rain. Temperatures today 11C to about 13C, maybe 14C in the south.

“Through this evening and overnight, we start off with some clear skies in the east but the cloud will continue to build, pushing in from the west followed in hot pursuit by this band of rain.

“And gusty winds across the northwest in particular, but you can see in the black circles, we’ve got gusty winds almost anywhere.”

READ MORE: Temperatures to rocket ‘above average’ as Europe bakes in freak mini-heatwave 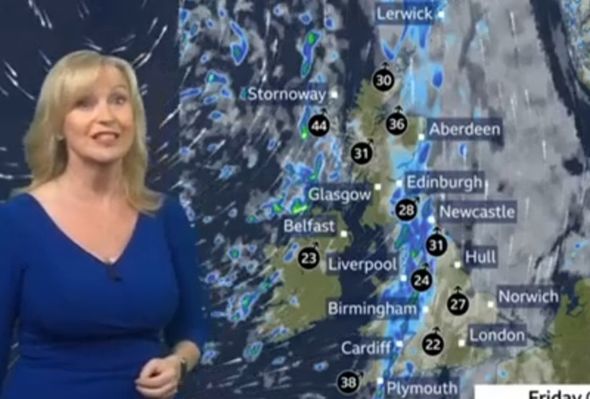 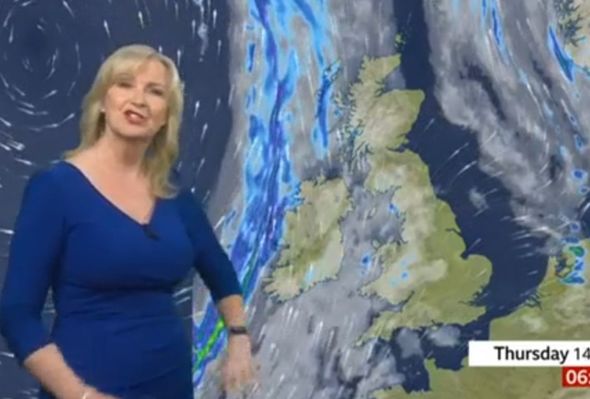 Mr Burkill said: “It will be wet and windy at times, but it is also likely to stay largely mild.”

The organisation’s weather forecast starting next Monday until November 25 warned of the possibility of unsettled conditions in parts of Britain, with some strong winds and gales also possible. 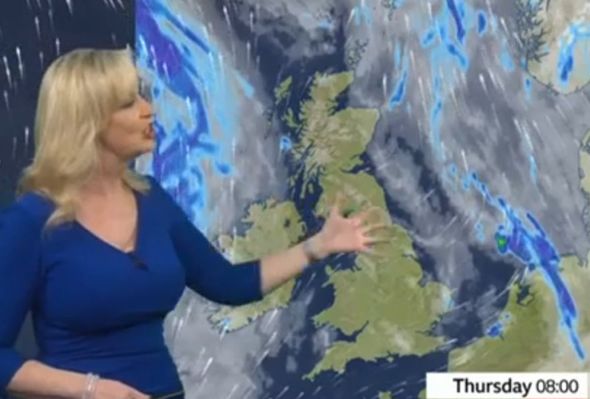 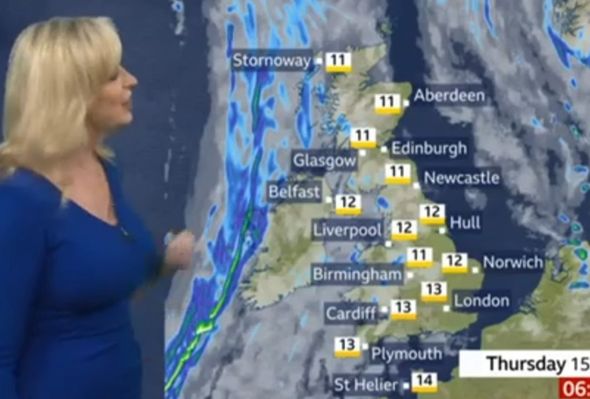 It read: “During this period unsettled conditions are likely in the northwest, bringing spells of rain and wind, perhaps strong winds and gales at times.

“More settled conditions may establish in the southeast and later into central areas where it will be mainly dry and sometimes bright.

“Temperatures look to be mild and at times very mild at first with a reduced risk of night frosts.

“There is a chance that drier brighter conditions may extend UK-wide for a time, where fog patches could prove persistent in places.

“Although uncertain, later during this period temperatures look to turn cooler, closer to the seasonal average with an increased risk of overnight frosts especially in central and south-eastern areas.”