BBC Weather forecaster Tomasz Schafernaker said temperatures across Europe will be just below average for the time of year. He noted cold air from Russia is impacting parts of Europe and creating wintry conditions. He revealed Portugal and Spain can expect snow and “nasty” wet and wintry conditions over the next few days as a new weather front develops in the Canary Islands.

In addition to this, the Mediterranean will see snow, heavy rain and wintry conditions as well.

Mr Schafernaker said: “It is pretty cold although not desperately cold.

“The air is originating out of Russia and is moving across the Baltic and North Sea to the UK.

“Many of these major cities will be experiencing temperatures a little below the average but nothing too cold.” 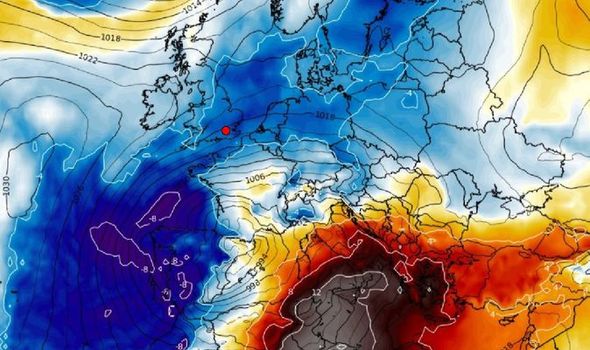 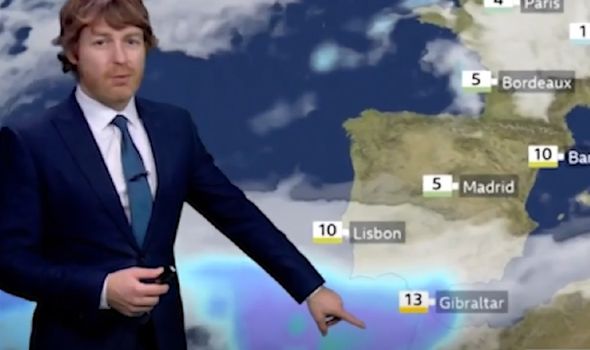 The BBC Weather forecaster explained where in Europe could the coldest weather be expected.

He said: “As far as winter weather is concerned, most of it is happening in the central Mediterranean and the Alpine region.

“There was a lot of snow here recently and more winter weather to come.

“You can see some rain and snow piling into the mountainous regions as we go through the middle of the week. 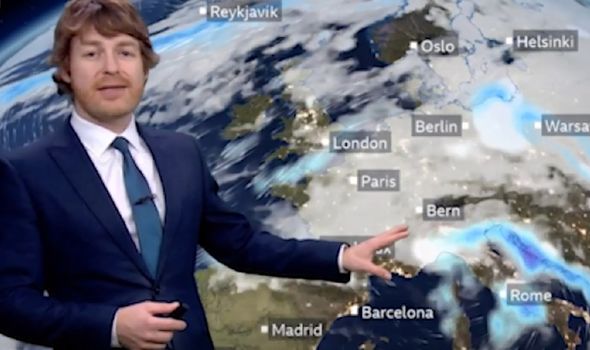 Mr Schafernaker also forecasted an intense shift towards wintry weather for parts of Portugal and Spain over the coming days.

He said: “We are also watching this nasty area of weather developing very closely to the Canary Islands.

“That is going to spread into Portugal and southern Spain in the middle of the week.

“That will bring some nasty conditions and some snow to elevated regions.” 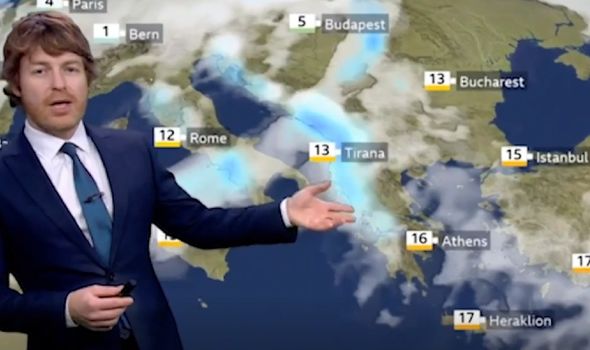 The BBC Weather forecaster noted that in eastern parts of Europe temperatures will remain relatively dry and warm.

The temperatures will vary from 13 degrees in Bucharest to 21 degrees in Nicosia, with areas in between settling around the mid-teens.

He said: “Across the Balkans, it is much milder and temperatures are around 15 degrees.

END_OF_DOCUMENT_TOKEN_TO_BE_REPLACED

END_OF_DOCUMENT_TOKEN_TO_BE_REPLACED
Recent Posts
We and our partners use cookies on this site to improve our service, perform analytics, personalize advertising, measure advertising performance, and remember website preferences.Ok