Rebekah Vardy stunned Twitter during England’s Women’s World Cup debut against Scotland yesterday when she criticised the all-female pundit line-up for being ‘unequal’.

Becky, who is married to Leicester star Jamie Vardy, tweeted a picture of the four female pundits commentating on yesterday’s game with the caption: ‘Umm what happened to equality……’

She was soon inundated with tweets from exasperated viewers who pointed out there are very few women who preside over the men’s game. 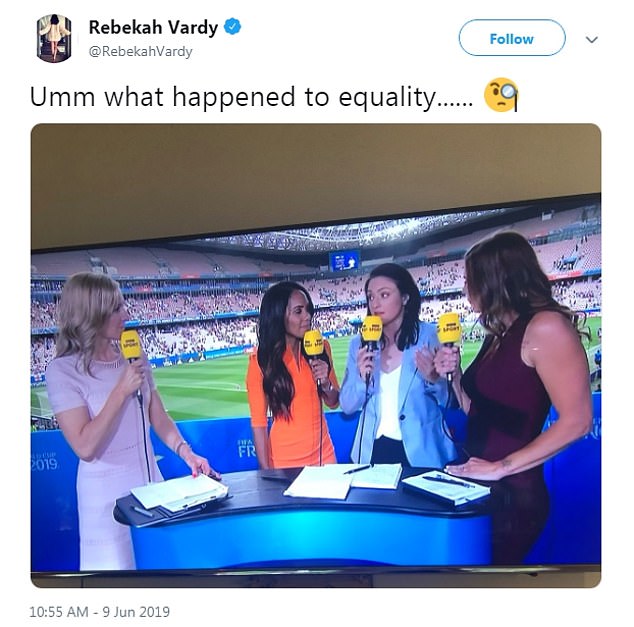 Becky, who is married to Leicester star Jamie Vardy, tweeted a picture of the four female pundits commentating on yesterday’s game with the caption: ‘Umm what happened to equality……’

One of the presenters for yesterday’s game in Nice, Alex Scott, who has 140 England caps and has also worked for Match Of The Day and Sky Sports commentating on the men’s game, hit out at Becky. 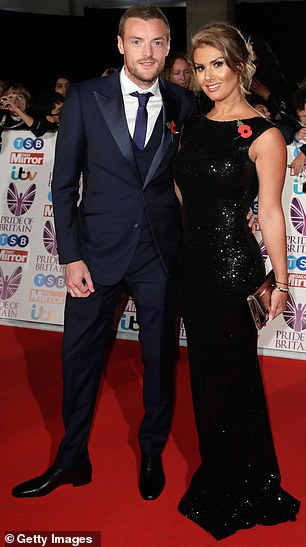 She tweeted a picture of the mixed panel who presented the opening game between France and South Korea saying: ‘Maybe you missed the France v South Korea game.’

Fellow presenter Gabby Logan added: ‘We had @DionDublinsDube in on Friday and he’s back with us on Tuesday.’

The other two women presiding over the match at the Allianz Riviera stadium were Gemma Fay, who boasts 203 England caps, and Hope Solo, who helped the USA to World Cup victory in 2015.

‘How about you use your platform to promote your fellow gender positively rather than diminishing it and encouraging the chauvinistic comments?’

Becky replied by saying: ‘Woahhhh I 100% fully support women’s football and women in football as I do in all sport! They did and do a great job! I’m just making a point.’

She was forced to justify her argument again this morning, when she posted: ‘You’ve missed my point. 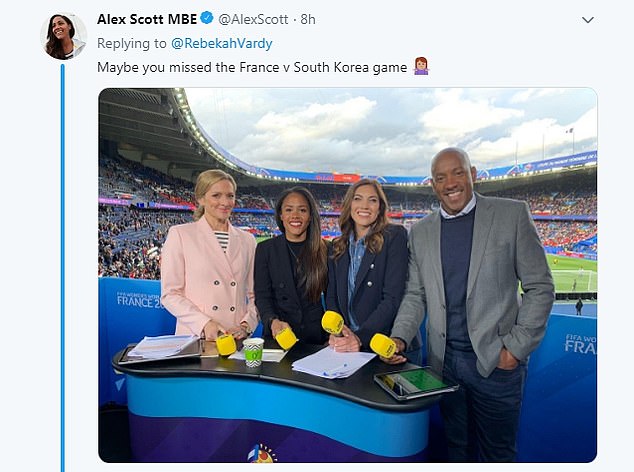 ‘It was great to have women playing a prominent role in the men’s World Cup. Shocking for a big game that no men were available to cover it.

‘If it had been Eng v Sco men, the men would have been fighting to cover it but not one there for the women’s game.’

But hundreds of Twitter users were unimpressed, with one tweeting: ‘What a completely ridiculous comment from someone who should know so much better.’

Another said: ‘I don’t see that on MOTD so why complain about this?’

Someone else posted: ‘What a disgrace, women should be encouraging a re-balancing of the power helf in the media.

‘What’s wrong with an all women panel for women’s football?’

The BBC is showing every game of this year’s Women’s World Cup, where England are among the firm favourites.

BBC bosses were responsible for choosing the commentary line-up, which also includes Eilidh Barbour, former England goalkeeper Rachel Brown and Rachel Yanky. who have both worked for BT Sport.

Among the men involved are ex-footballer Dion Dublin and Jonathan Pearce.

But absent from the BBC’s World Cup studio are Match Of The Day stars Gary Lineker and Alan Shearer. 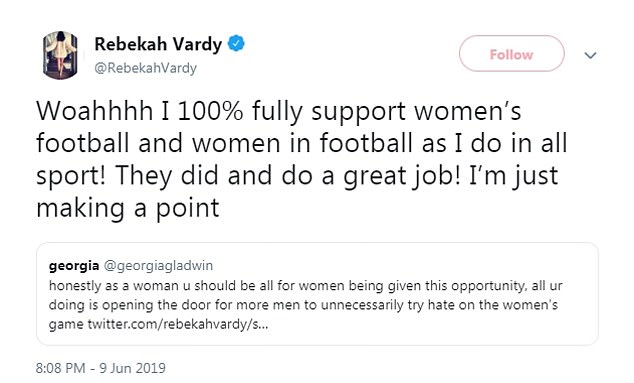 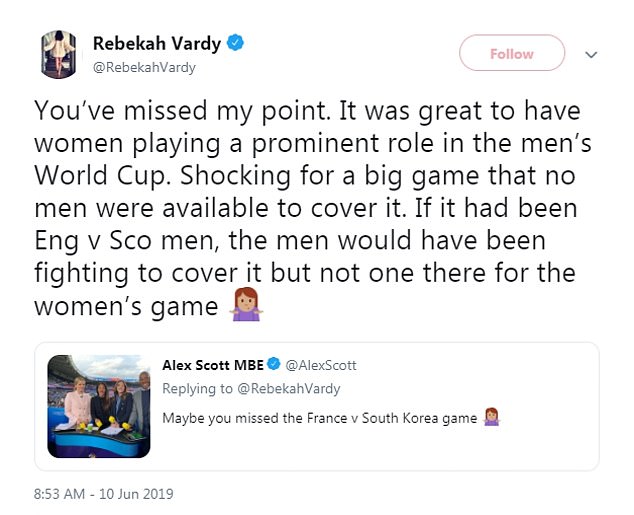 She appeared on I’m A Celebrity Get Me Out Of Here in 2017 and has had guest spots on Loose Women. 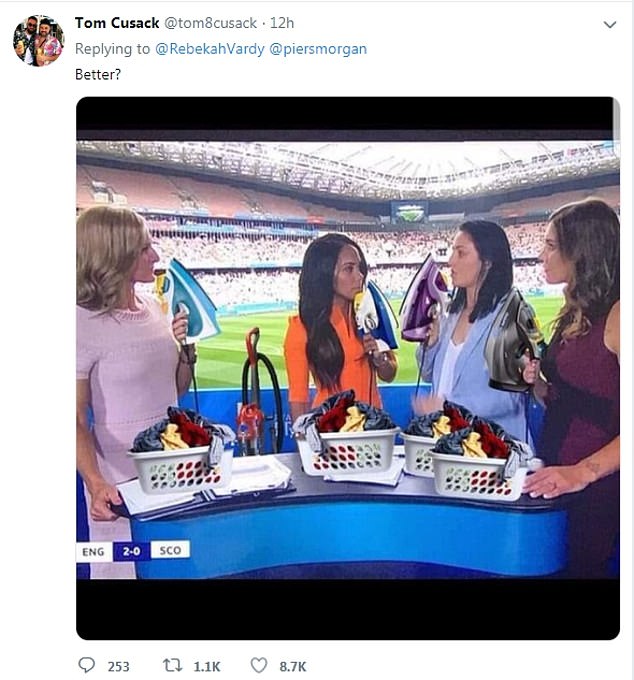 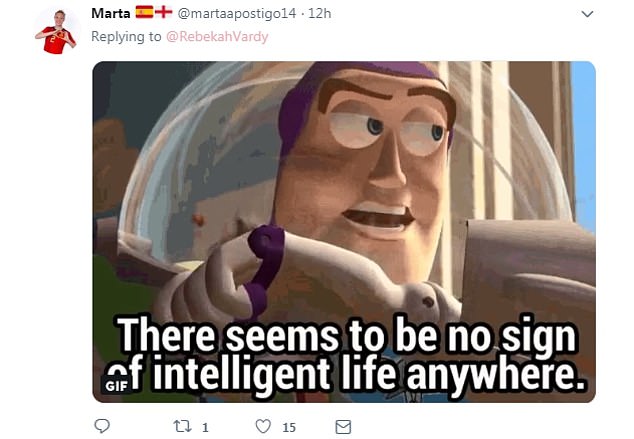 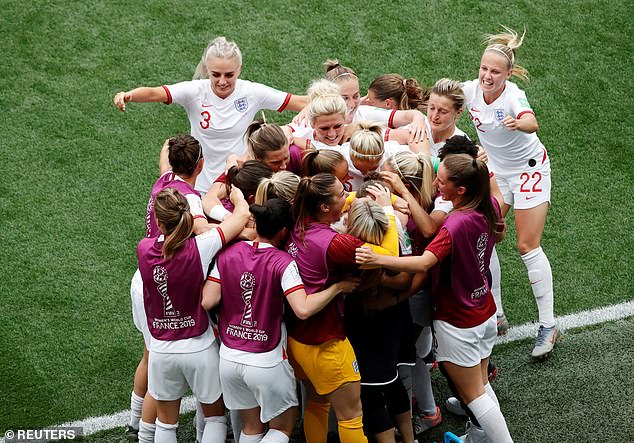