Home » World News » Ben Affleck and Matt Damon were once breakdancers in the Boston subway: 'We had some nylon Puma suits'

Ben Affleck and Matt Damon were once breakdancers in the Boston subway: 'We had some nylon Puma suits'

Even celebrities, even those dating Jennifer Lopez, have embarrassing moments from their past.

Ben Affleck revealed one of his own on Monday, during an appearance on The Kelly Clarkson Show: The Oscar-winning director and his longtime friend Matt Damon once attempted to make some extra bucks as breakdancers in their hometown of Boston. Not that he wanted to discuss it. Clarkson surprised him when she asked if the story was true. Affleck made it clear that the adventure was Damon's suggestion, and he seemed understandably embarrassed. 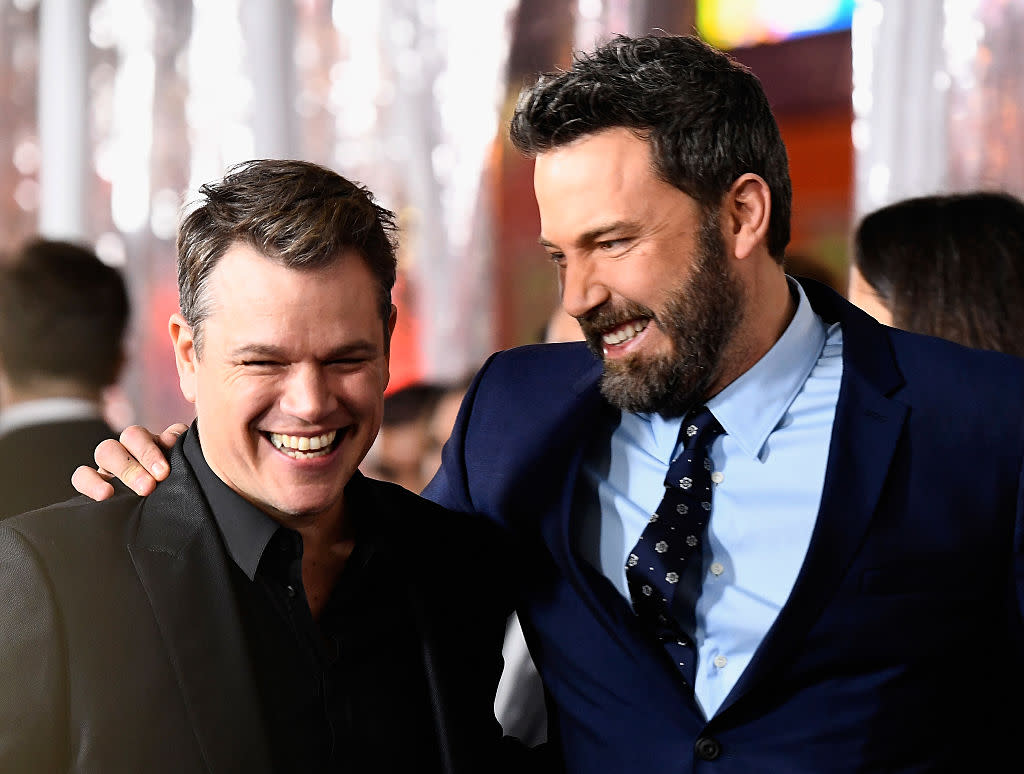 "We had some nylon Puma suits, uh, Nike suits," Affleck said. "Then, the track suits, they were just one thin, like, nylon sheet, you know? But that was cool. And we wore them, you know, and that was what was going on, and we wanted to be cool, and so we learned how to breakdance. And then Matt was like, 'If you just get some linoleum and put it down at the subway, we could do some of our moves, you know? And, like, put out a hat."

When Clarkson asked if the famous duo made any money, Affleck gave an emphatic no.

"Well, I won't say anybody put quarters in the cup," Affleck said. "I think they walked by with pity and astonishment. 'Wow, you don't see that much.' But, yes, there was a lot of popping and locking and back spinning, but Matt tried to do the Windmill, which he never quite mastered. I could get the Back Spin and the Kick Worm."

He added, "If you asked me to do that now, you'd end up in a lawsuit, because I'd cripple myself immediately."

The Tender Bar star even made a reference to his on-again love J. Lo, a stellar dancer who apparently gives him a hard time about his moves.

"Well, there are certain people in my life who dance for a living, who often like to make sport of my dancing," he teased. "I have my own spirit and my own energy. I'm very proud of it."