ACTRESS Bette Midler gets an earful on social media for again mocking First Lady Melanie Trump’s accent in a crude tweet after calling her an “illegal alien.”

The tweet shows a photo of Trump on the phone with a Christmas tree behind her with the caption reading, “DO I STILL HAV TO DU DIS FU***** CHRISTMAS DING?” 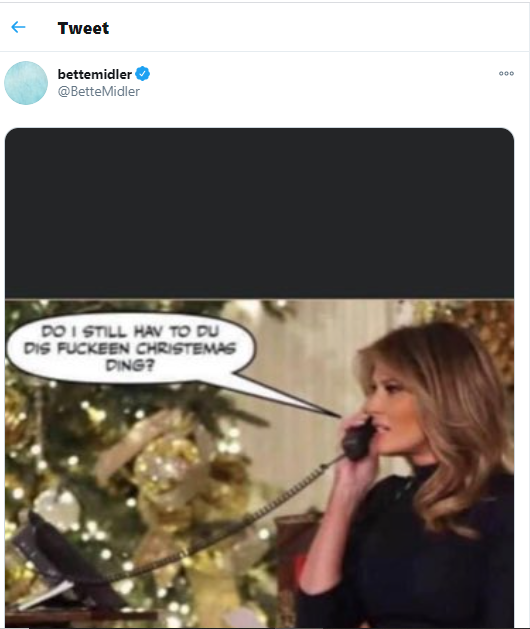 The Hawaiian born actress posted the photo with no caption on the tweet and got some angry responses from Twitter users.

One user said, “Are you seriously slating someone for their accent????”

Another user responded to Midler and said, “She speaks 6 languages fluently, she is intelligent and has been given a raw deal by most people and all of the media. She does not deserve that or your rhetoric.”

The actress also appeared to lose a fan that responded to her tweet saying, “I used to love you now I can’t stand you. Shame on you for disrespecting our First Lady.” 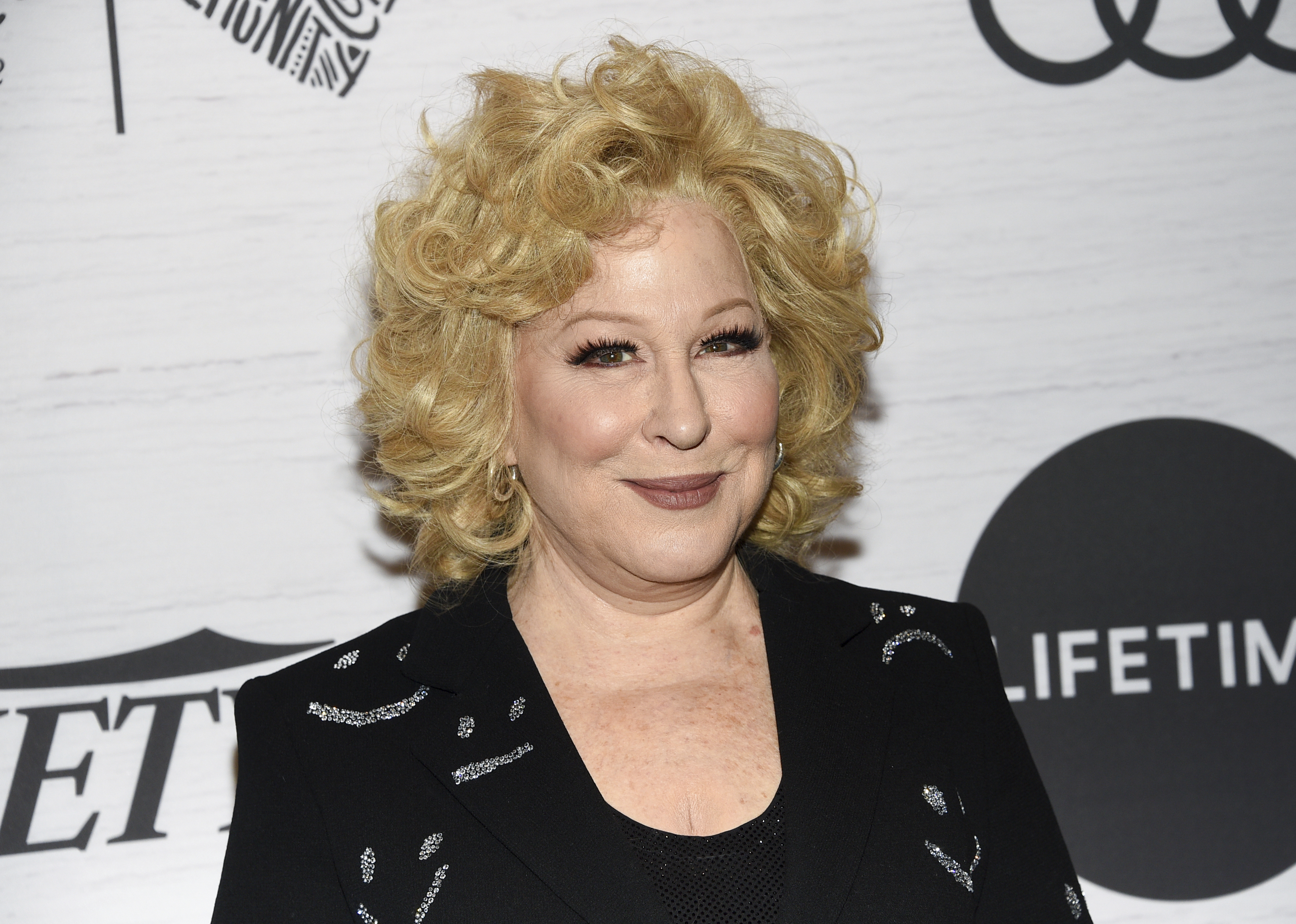 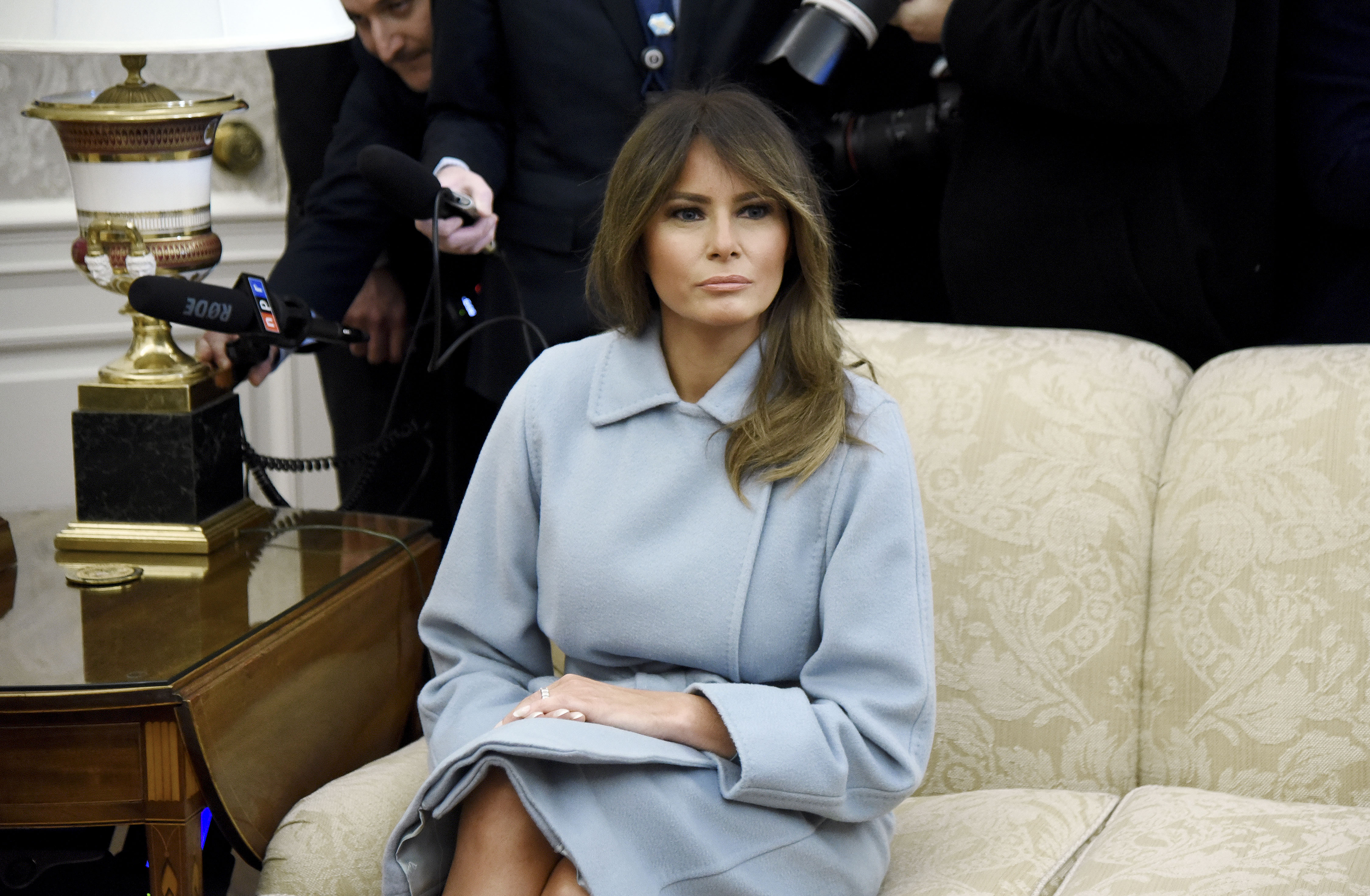 This isn’t the first time Midler has attacked Trump’s accent.

On Aug. 25, after Trump closed out the second night of the Republican National Convention, Midler mocked her on Twitter saying, “Oh, God. She still, can’t speak English,” referring to First Lady.

Trump is the second first lady in history born outside of the US and the only first lady to become a naturalized US citizen.

According to CNN, Trump can speak six languages including Slovenian (her native language), French, Serbian, German, Italian and English.

However, Midler’s attacks towards Trump didn’t stop after mocking her accent, she followed up that tweet by saying, “#beBest is back! A UGE bore! She can speaker several words in a few languages. Get that illegal alien off the stage!” 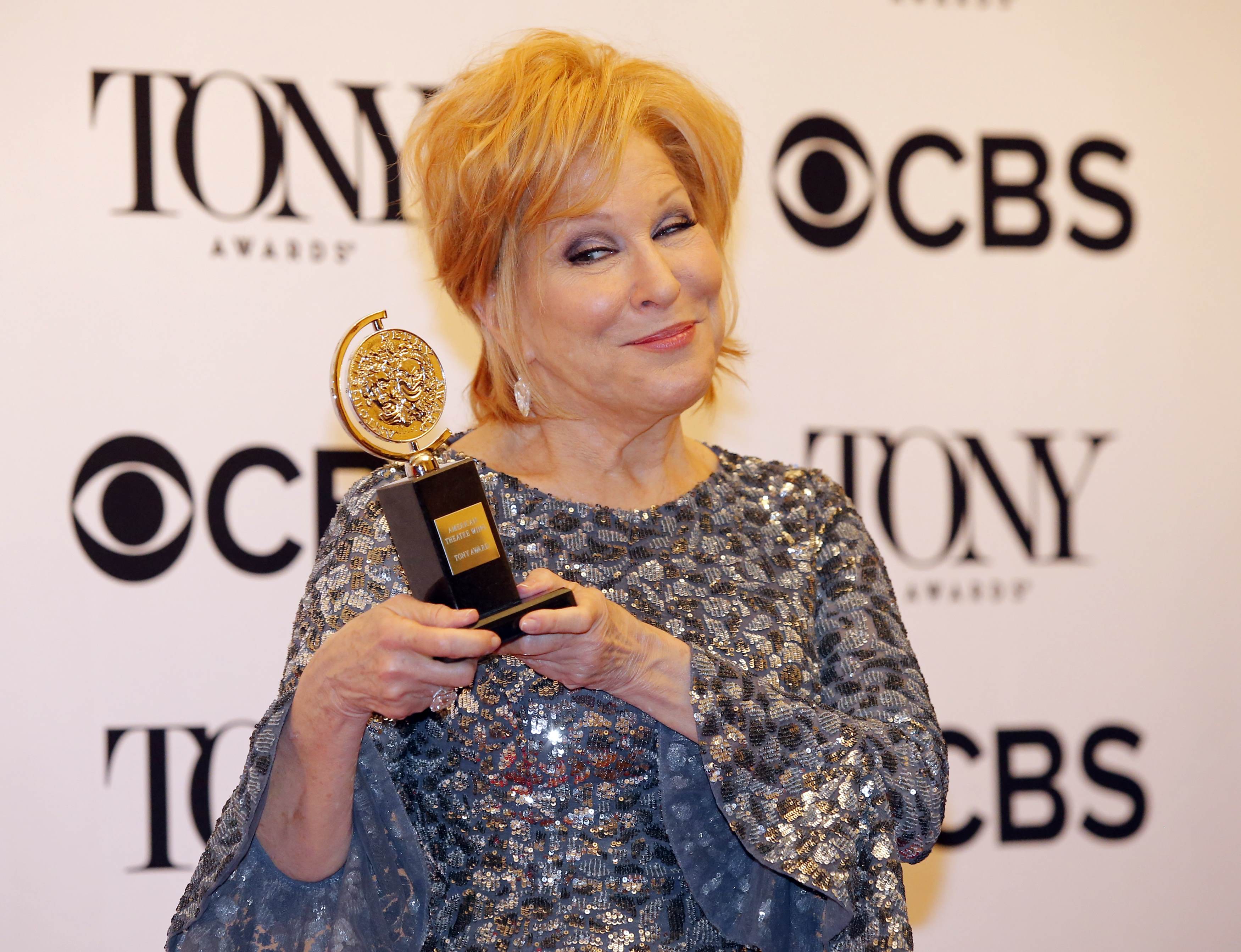 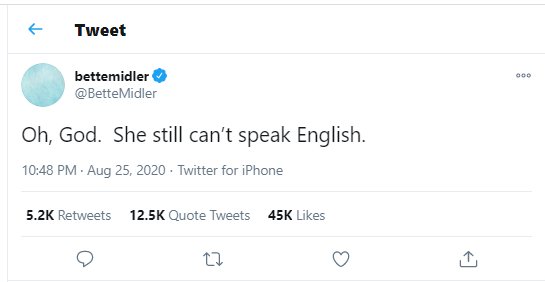 The actress' remarks were slammed as “xenophobic” by many Twitter users.

One user said, “You are so much better than making fun of someone’s foreign language skills… I certainly felt your xenophobic insults in my multilingual soul. Let’s be better together.”

Another user responded by saying, “My – how ‘classy’ of you to disparage the accent of someone born in a foreign country.”

However, Midler apologized for her remarks in a follow up tweet and said, “Well, all hell has broken loose because I said Melanie ‘still can’t speak English’ last night.

“I was wrong to make fun of her accent. America is made up people who speak with all kinds of accents, and they are all welcomed always.”

END_OF_DOCUMENT_TOKEN_TO_BE_REPLACED

END_OF_DOCUMENT_TOKEN_TO_BE_REPLACED
Recent Posts
We and our partners use cookies on this site to improve our service, perform analytics, personalize advertising, measure advertising performance, and remember website preferences.Ok