‘Who says romance is dead?’: Bizarre footage of man using rope to tow woman on a mobility scooter goes viral

This is the bizarre moment a woman on a mobility scooter is pulled down the road by a man in wellies with a rope around his waist.

The couple were captured travelling through the Arena shopping park, in Coventry, on June 8.

The short clip shows the man with the rope around his waist pulling the woman, who is sitting on the scooter and is using her right foot to help push it forward. 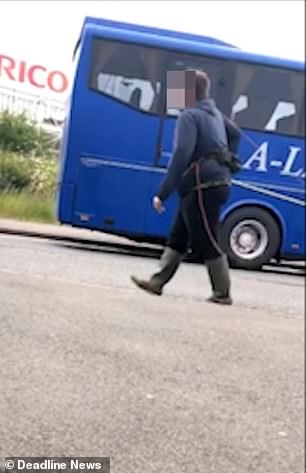 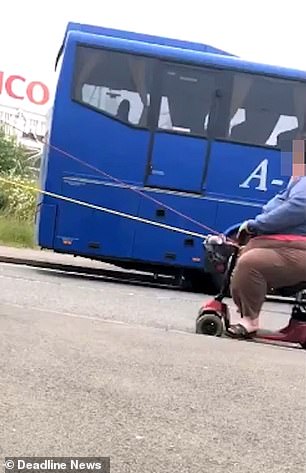 A woman on a mobility scooter is pulled along the road at the Arena shopping park, in Coventry, by a man with a rope tied around his waste. The woman also uses her right foot to push her scooter

Mahdiya Ahmed, from Coventry, filmed the pair’s rather slow journey before uploading it to Twitter.

One person commenting on the video, Tanveer Arayan, said: ‘Who say’s romance is dead?’

Another, @Chxmpion_, said: ‘Bless them, they’re acc helping each other move forward.’

Callum Wright added: ‘If someone ever loves you this much. You’ve done well.’ 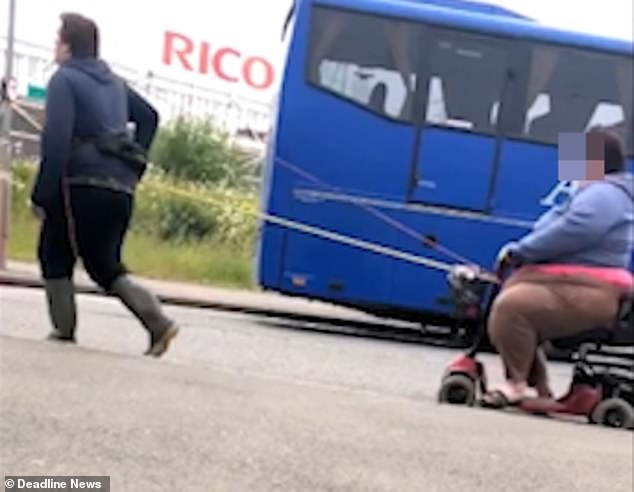