EXCLUSIVE: Millionaire boss of energy firm that urged its cash-strapped customers to ‘cuddle your cat and do star jumps if you can’t afford to heat your house’ has a £3.2m sprawling Cotwolds mansion that ‘costs £850-a-MONTH to power’

The multi-millionaire boss of an energy company that sparked fury after recommending that households save on their heating bills this winter by ‘cuddling’ their cats or ‘doing a few star jumps’ owns a lavish £3.2million weekend home that costs a whopping £850-per-month to power.

Stephen Fitzpatrick, founder and head of Ovo Energy, Britain’s third-biggest energy supplier, enjoys the sprawling, five-bedroom property in the heart of the picturesque Cotswolds, close to Cirencester, which he purchased in 2019.

The stunning weekend home is set in 12 acres of pristine countryside and also has a swimming pool, four bathrooms and elegant dining room with stunning views, giving Mr Fitzpatrick and his family adequate space to follow his company’s controversial advice on how to stay warm which was slammed as ‘insensitive’ given Britain’s rising energy costs. 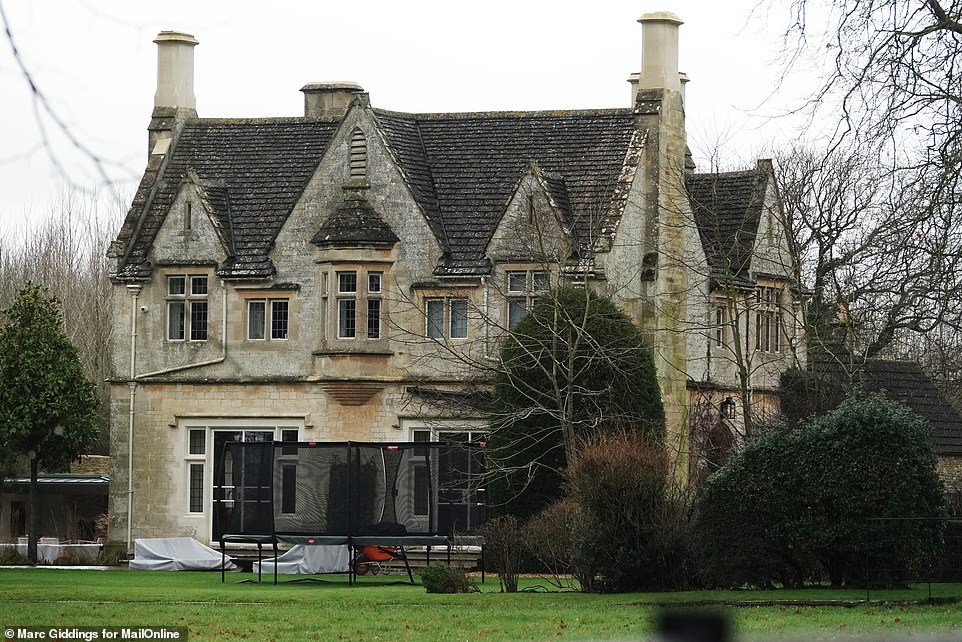 Ovo Energy boss Stephen Fitzpatrick owns this sprawling, five-bedroom home in the Cotswolds that has its own swimming pool and is now worth in the region of £3.2million 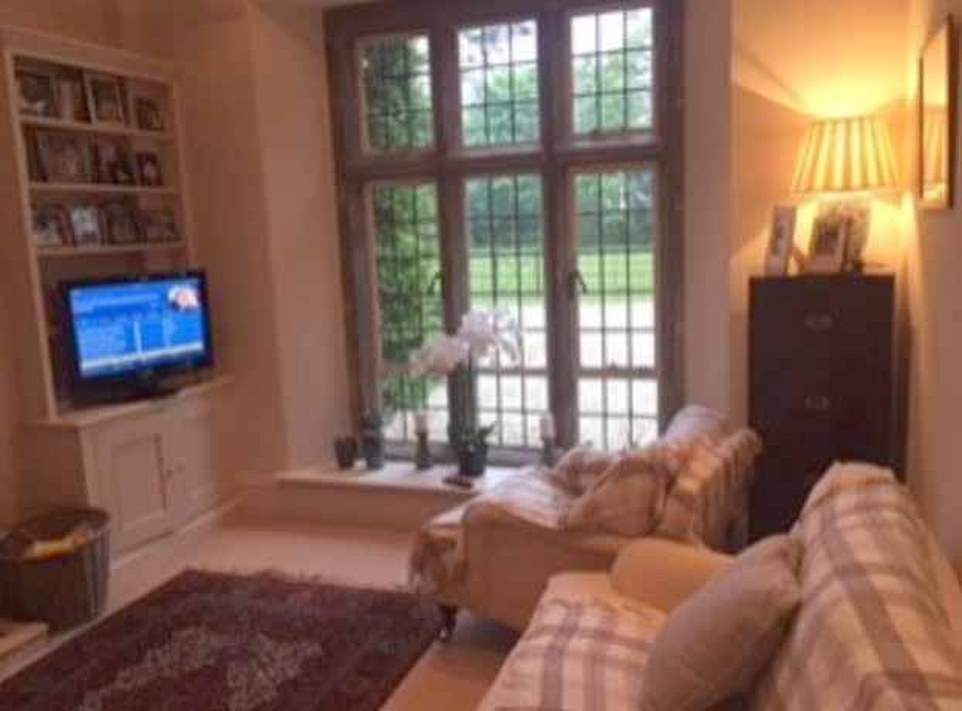 Mr Fitzpatrick, 44, spends most of his time in London, spends weekends in the Cotswolds. He bought the property in a private sale for £2.85million in 2019, land records show 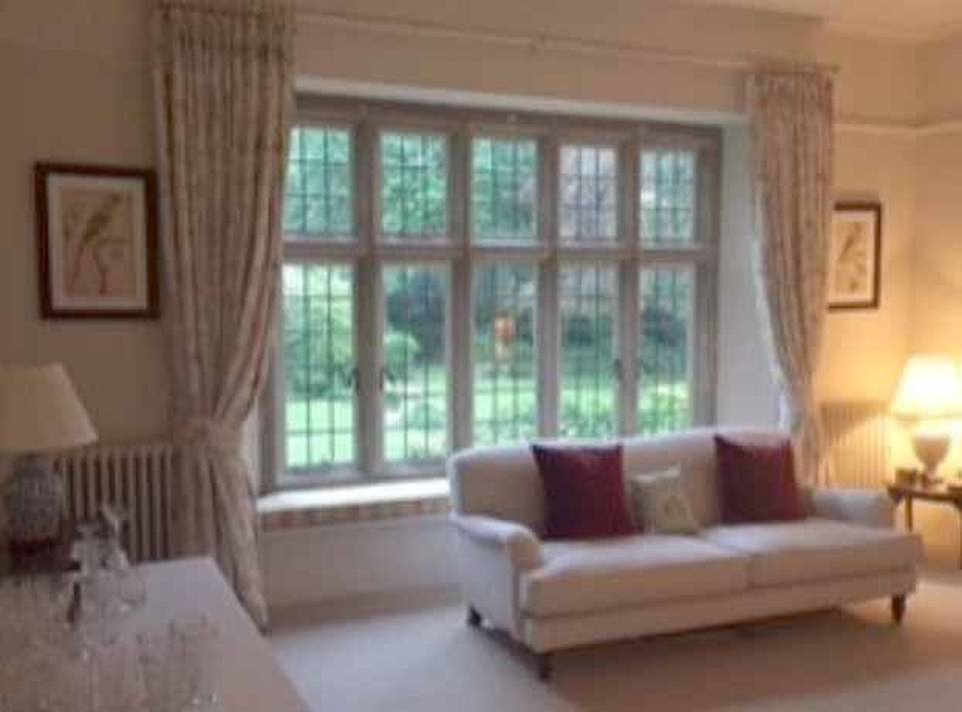 The stunning weekend home is set in 12 acres of pristine countryside and also has a swimming pool, four bathrooms and elegant dining room with stunning views 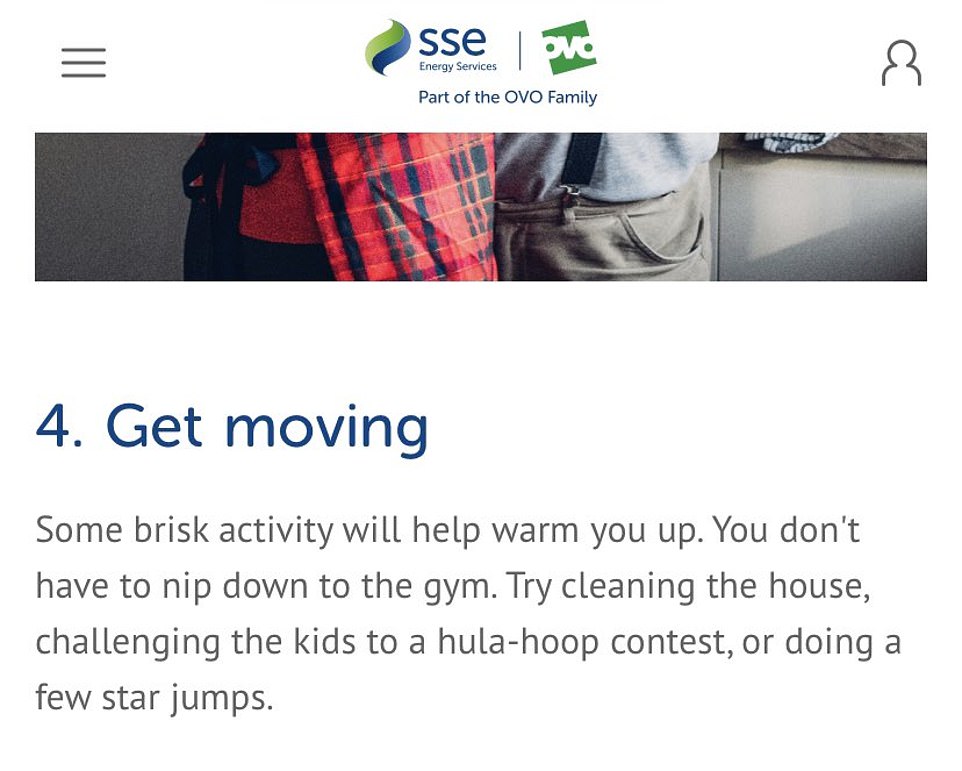 An email sent to Ovo Energy’s customers on Monday suggested that they could ‘get moving’ by doing ‘star jumps, cleaning the house or ‘challenging the kids to a hula-hoop contest’.

Other suggestions included having a ‘cuddle with your pets and loved ones to help stay cosy’, eating ‘hearty bowls of porridge’, sticking to ‘non-alcoholic drinks’ and eating ginger — but not chilli, ‘as it makes you sweat’.

Mr Fitzpatrick, who is worth an estimated £675million, is usually seen by locals and workers on his estate during the weekends. 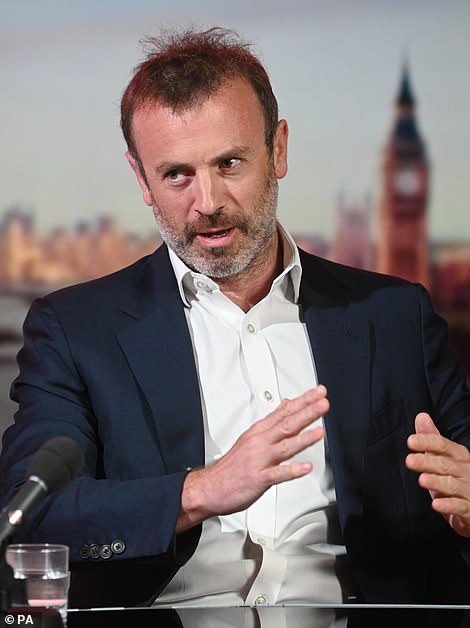 His estate manager told MailOnline: ‘He’s at work, it’s highly unlikely he will be here today. It’s his weekend home and even then, he’s not here every weekend.’

The former rectory is reached down a quarter of a mile driveway of Cotswold stone chippings and the imposing black front door is flanked by two six-foot bay trees. A large khaki tepee complete with a built-in log burner stands in the front garden alongside an expensive children’s trampoline.

The stunning Victorian property which stands in lush countryside is the most expensive in the area and was described as an ideal family home when it was last on the market.

Mr Fitzpatrick has three children with his wife Sophie.

His estate manager added: ‘I find out when he’s coming on the day – he’s very busy either in London or Bristol.’

MPs slammed his company’s advice as ‘insulting’ and ‘offensive’ as Britons face a crushing cost-of-living crisis with one Government figure describing the suggestion to eat porridge and cut out alcohol as ‘like some Dickensian nightmare’.

The email was sent to customers of SSE Energy Services, which was bought by Ovo in 2020.

But unlike many of his customers, self-made multi-millionaire Mr Fitzpatrick is unlikely to face any problems meeting the energy bills for his weekend retreat.

According to energy website U Switch, which provides estimates for household energy costs, he could currently pay a minimum of £853 per month for gas and electricity.

This is based on U Switch’s ‘Dream House Calculator’ which takes into account the age of a property, its square metre size and which luxury features it may contain, such as: an Aga; boiling water tap; electric car charger; large wine fridge and swimming pool. Many of these are standard in top end homes. 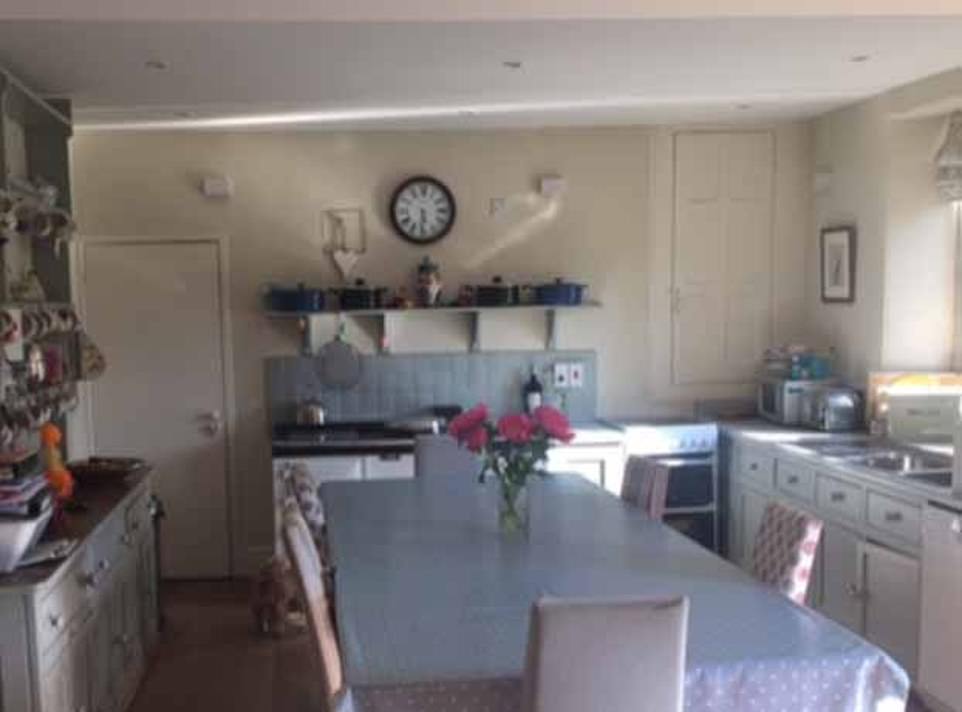 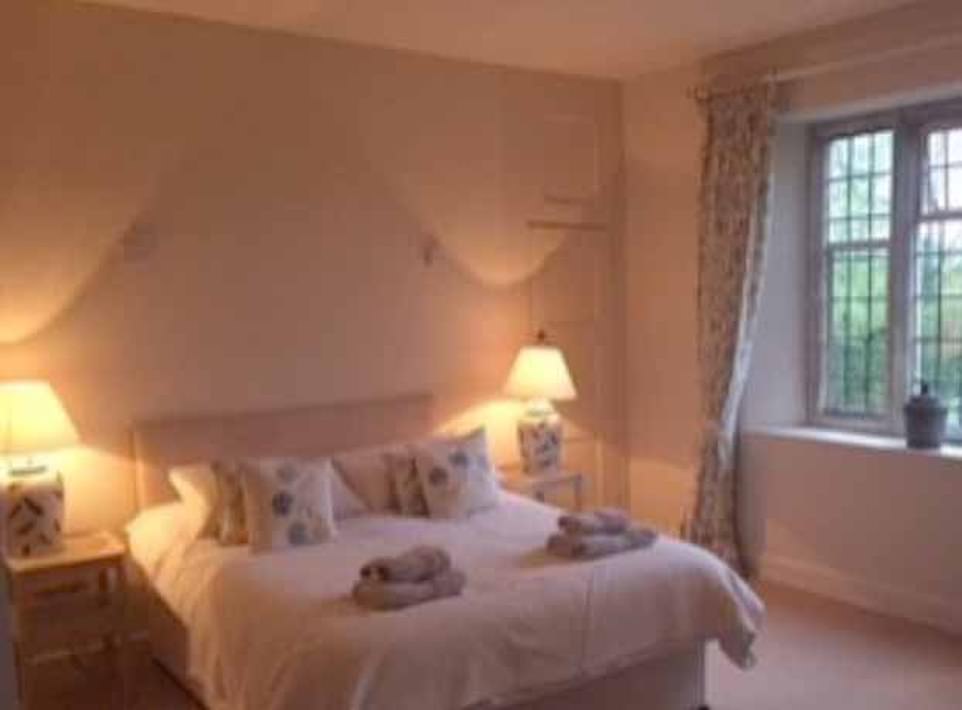 According to energy website U Switch, which provides estimates for household energy costs, Mr Fitzpatrick could currently pay a minimum of £853 per month for gas and electricity

But the minimum £853 figure does not take into account the expected April bills rise when Britain’s energy price cap is adjusted.

It could lead to household bills increasing by as much as 50% meaning Mr Fitzpatrick could end up paying a whopping £1,279 per month for his gas and electricity, if not more.

Mr Fitzpatrick founded Ovo Energy in 2009 and led its growth to become the largest independent energy provider in the UK, with around five million customers.

He co-founded the company with Sophie using £350,000 they raised by selling their first home. They have known each other since the age of 16 and with their children, enjoy an elaborate life of plush country living and exotic foreign holidays.

After establishing Ovo, Mr Fitzpatrick, who was born in Northern Ireland, became known as the ‘Robin Hood’ of the energy sector for taking on the big six established energy companies, who he accused of enjoying a monopoly and not providing enough choices for customers.

The son of a Belfast grocer he studied at Edinburgh University and then started a successful property newspaper before becoming a City trader, which he quit in his mid 30s to set up on his own with OVO. 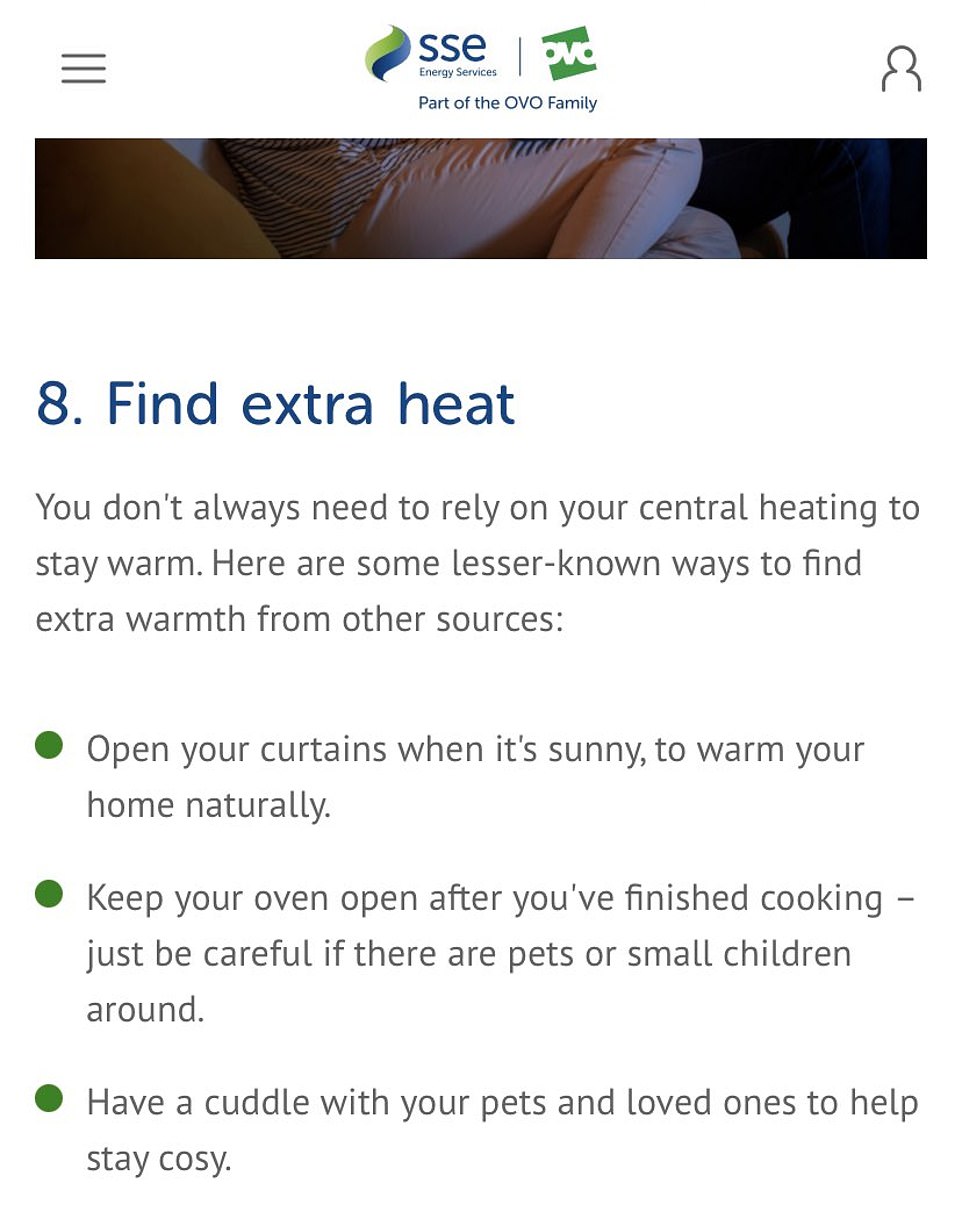 Ovo Energy sent an email to customers on Monday listing ten ‘simple and cost effective ways to keep warm this winter’. They included eating ‘hearty bowls of porridge’, sticking to ‘non-alcoholic drinks’ and eating ginger — but not chilli, ‘as it makes you sweat’

In 2014, Mr Fitzpatrick controversially made headlines after it was revealed that he had taken £2million out of OVO, when it was struggling to break even, to buy a family home in Gloucestershire.

A keen Formula One fan, in 2015 he invested £30million of his own money into the Marussia F1 team after it went into administration.

Following the email, Ovo said: ‘We understand how difficult the situation will be for many of our customers this year. We are working hard to find meaningful solutions as we approach this energy crisis, and we recognise that the content of this blog was poorly judged and unhelpful. We are embarrassed and sincerely apologise.’