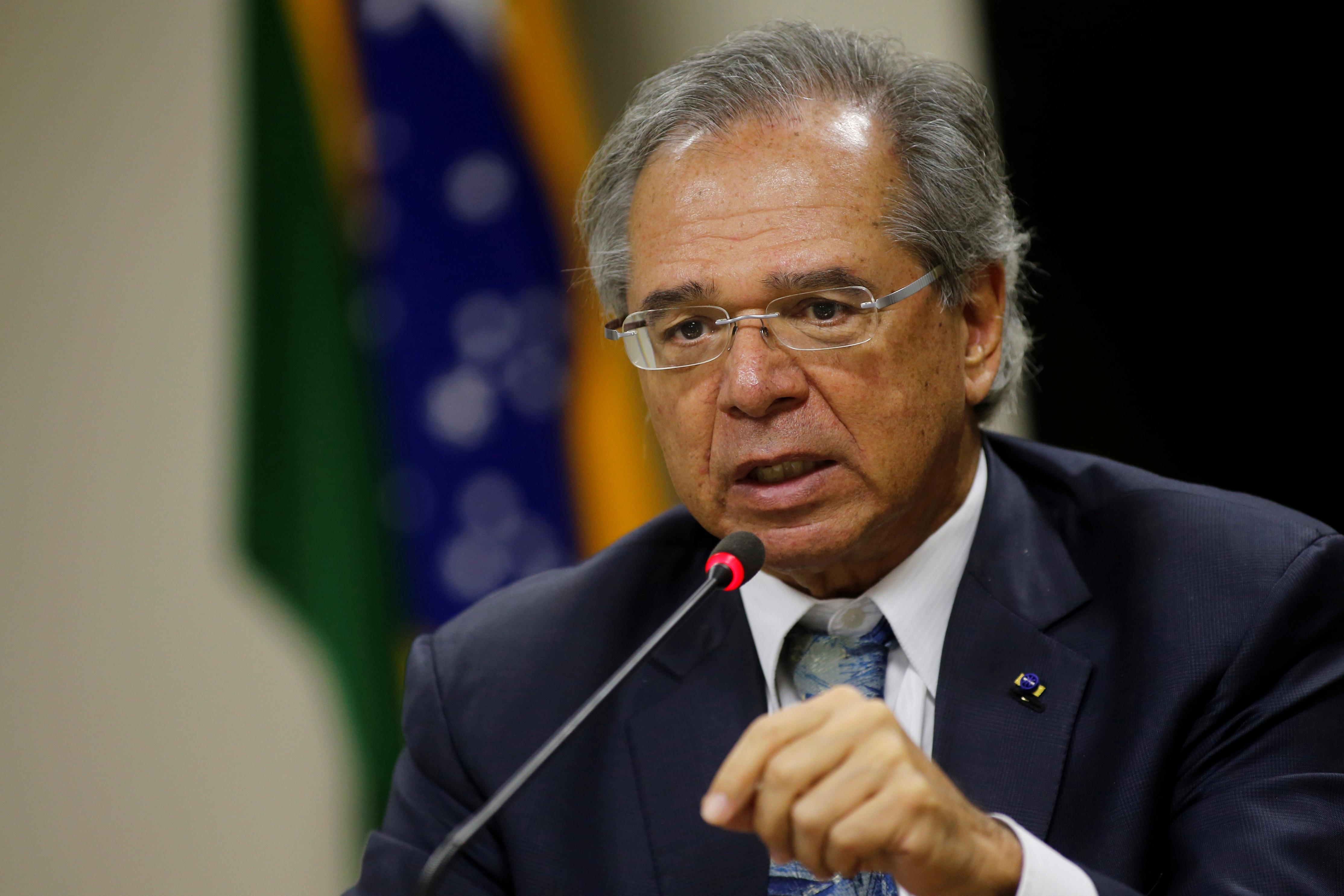 Economy Minister Paulo Guedes kicked off the spat, spurning a congressional committee report for what he called excessive changes to the government’s pension reform bill such as scrapping a plan to launch private savings accounts.

Rodrigo Maia, speaker of the lower house of Congress, hit back at the criticism, saying the collective will had prevailed as it should in a democracy. “We’re not going to pay attention to Minister Paulo Guedes and his recent aggressions against the parliament,” Maia said in a TV interview.

The complaints from Guedes, coming a day after President Jair Bolsonaro’s chief of staff had touted the congressional pension reform report as a “huge victory,” raised concerns about more tension between the government and Congress.

After clashes with lawmakers in recent months, Guedes had struck a more conciliatory tone, contributing to investors’ hopes for a swift approval of the landmark reform to boost public finances. But his disdain on Friday was striking.

Speaking in Rio de Janeiro, Guedes said only a bill generating around 1 trillion reais ($256 billion) of savings over the next decade would represent real reform of the country’s bloated social security system, but around 860 billion meant the issue would need revisiting in five or six years time.

Analysts expect that to be watered down further, but the consensus still appears to be that anything above 800 billion reais would be regarded as a major stepping stone toward putting the country on a more stable financial footing.

Brazilian markets rallied on Thursday, but the political noise soured the taste on Friday, and Guedes came under fire.

“He said what everyone thought, but he shouldn’t have said it,” said a fund manager in Sao Paulo who was not authorized to speak with the press.

The real fell around 1.2% to 3.90 per dollar, its worst day since the end of April, and the benchmark Bovespa stock market fell 0.74%.

Guedes criticized the committee’s report for excluding a transition to private savings accounts, reforms of state and municipal government pensions and changes to how older, disabled and rural workers are treated.

Maia said the special committee will vote on the bill around June 25-26, then present it to the plenary for final lower house approval before a congressional recess in late July.