The stay is intended to give the court time to consider Trump´s arguments against release of the documents, which was otherwise scheduled for Friday without a court order.

But the temporary stay has a short fuse: the appeals court set arguments in the case for Nov. 30.

A three-judge panel issued the administration injunction. It said it did so ‘to protect the court’s jurisdiction’ to address Trump’s claim of executive privilege, while specifying its decision ‘should not be construed in any way as a ruling on the merits.’

It has the effect of stopping the National Archives from handing over White House memos, documents, and schedules that the select House committee on Jan. 6th wants to obtain as it probes the riot, which occurred on the day Congress met to count the electoral votes for president.

The handover of government documents was set to begin Friday – in a case where the former president is asserting privilege, even as President Joe Biden is waiving privilege on documents the Jan. 6th committee wants to review.

Trump on Thursday in a filing asked the U.S. Court of Appeals for the District of Columbia Circuit for the temporary stay.

‘If no administrative injunction issues from this Court, then the records at issue will be produced on November 12, at 6:00 p.m,’ according to the emergency filing by Trump’s lawyers.

‘Put simply, this motion seeks only a brief pause in the production; it will not prejudice the other arguments or requests to be made by the parties in this important appeal.’ 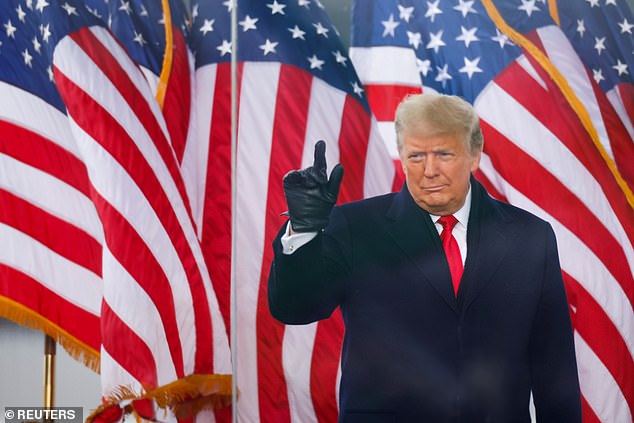 Former President Donald Trump wants a federal appeals court to grant a temporary stay that will stop the National Archives from turning over administration documents to a House Jan. 6th committee

The pause would allow the legal battles to go forward.

Barring a court order, the National Archives is expected on Friday to turn over Trump’s call logs, draft speeches and other documents related to the riot. Trump’s lawyers asked the court to set a schedule for the case that would delay any decision until next week.

Congress has sought the records to better understand the Jan. 6 attack on the Capitol, in which rioters ransacked the building and forced into hiding lawmakers who were certifying Trump’s election loss to President Joe Biden.

Biden waived executive privilege on the documents. Trump then went to court arguing that as a former president, he still had the right to exert privilege over the records and that releasing them would damage the presidency in the future. 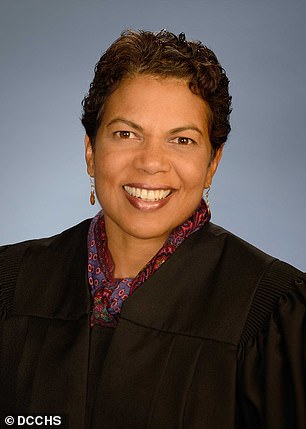 Obama-appointed U.S. District Judge Tanya Chutkan on Tuesday rejected an argument by Trump’s lawyers that telephone records, visitor logs and other White House documents should be withheld from the House select committee.

‘Presidents are not kings,’ Chutkan wrote in her decision: ‘And Plaintiff is not President.’ She also ruled that President Biden and not former ‘occupants of the office’ are the determining factor in privilege claims.

Trump had argued that the materials requested by the House of Representatives panel were covered by a legal doctrine known as executive privilege that protects the confidentiality of some White House communications.

In their filing to the appeals court, Trump´s lawyers wrote that without a stay, the former president would ‘suffer irreparable harm through the effective denial of a constitutional and statutory right to be fully heard on a serious disagreement between the former and incumbent President.’ 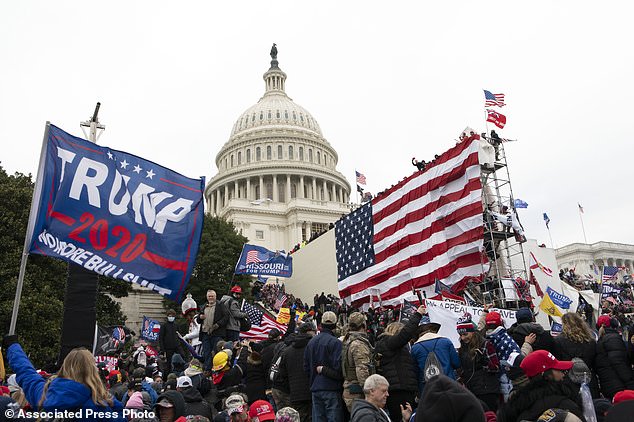 Violent insurrectionists loyal to President Donald Trump stand outside the U.S. Capitol in Washington on Jan. 6, 2021. A federal judge is questioning Donald Trump’s efforts to withhold documents from Congress related to the Jan. 6 attack on the Capitol. Judge Tanya Chutkan was skeptical Thursday, Nov. 4, of attorneys for the former president who asked her to block the handover of documents to a House committee 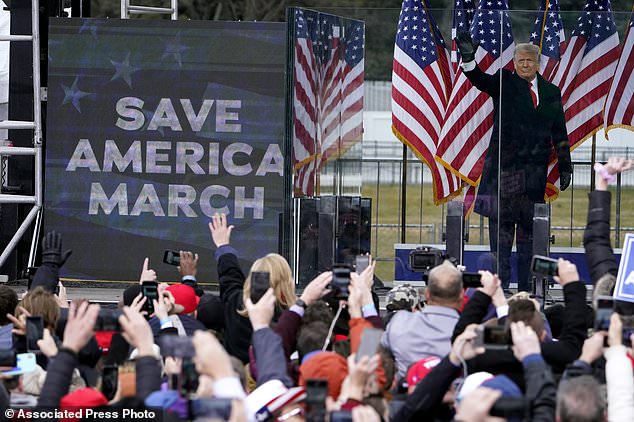 FILE – President Donald Trump arrives to speak at a rally in Washington on Jan. 6, 2021. A federal judge is questioning Donald Trump’s efforts to withhold documents from Congress related to the Jan. 6 attack on the Capitol. Judge Tanya Chutkan was skeptical Thursday, Nov. 4, of attorneys for the former president who asked her to block the handover of documents to a House committee. (AP Photo/Jacquelyn Martin, File)

The White House on Thursday also notified a lawyer for Mark Meadows, Trump’s former chief of staff, that Biden would waive any executive privilege that would prevent Meadows from cooperating with the committee, according to a letter obtained by the AP.

The committee has subpoenaed Meadows and more than two dozen other people as part of its investigation.