Popular destinations such as Spain, Egypt, Turkey, Netherlands, Italy and Tunisia have all been labelled as high risk countries with “very likely” or “likely” terror warnings.

Even France – which is separated from Britain by just over 20 miles – is “very likely” of being hit by terrorists.

Using information collected from the Foreign Office’s website, Daily Star Online has created a map of the most likely places a terror attack could happen.

We have used the same indicators as the FCO website – very likely, likely and can’t be ruled out – to depict a true picture of the likelihood of an attack among some of the most popular British holiday destinations.

Egypt, Tunisia, Turkey, Belgium, Germany and Russia have all been labelled as destinations “very likely” to come under attack.

With Italy, Spain and the Netherlands branded as countries where attacks are “likely”.

The FCO’s website states: “There’s a heightened threat of terrorist attack globally against UK interests and British nationals from groups or individuals motivated by the conflict in Iraq and Syria. You should be vigilant at this time.”

These warnings are not to be taken lightly and come after a spate of attacks in countries such as Tunisia. 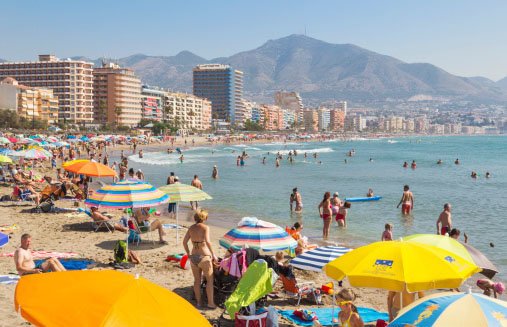 Two years on from the London Bridge attacks, the map even shows Brits may not be safe in their own home.

According to the Metropolitan Police, the United Kingdom is “highly likely” of being a destination of choice for terrorists.

The Metropolitan Police’s website states: “The threat level to the United Kingdom from international terrorism is currently ‘Severe’. This means that a terrorist attack is highly likely.”

END_OF_DOCUMENT_TOKEN_TO_BE_REPLACED

END_OF_DOCUMENT_TOKEN_TO_BE_REPLACED
Recent Posts
We and our partners use cookies on this site to improve our service, perform analytics, personalize advertising, measure advertising performance, and remember website preferences.Ok