Britain needs more Pfizer supplies otherwise vaccine rollout to those in their 20s may be hindered, say NHS officials

The jabs rollout could be even faster with a more ready supply of the Pfizer vaccine, NHS sources say.

While progress was quick with jabs for adults in their thirties, it has slowed in the last few weeks amongst those in their 20s.

The 25-29 age group are currently being invited to book vaccine slots and the Government has a target of jabbing all over 18s by the end of next month.

But NHS officials say they have the capacity to carry out many more jabs each day – but are limited by the availability of Pfizer doses. 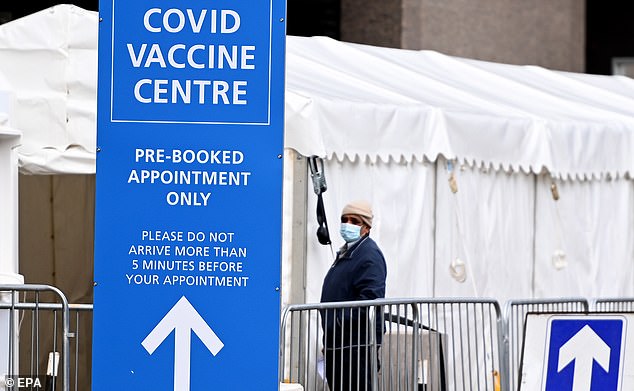 NHS officials have said they have the capacity to carry out more jabs each day but are limited by the availability of Pfizer doses. Pictured: A man stands next to a Covid-19 vaccination centre in London

This is largely because adults in their twenties and thirties are not being given the Oxford/AstraZeneca vaccine following a decision by Government advisors in light of the risk of blood clots.

The issue is critical because protecting the population with at least one dose is seen as critical to the Government’s Covid ‘roadmap’ to reopen the economy.

Yesterday, vaccines minister Nadhim Zahawi admitted supplies of the Pfizer vaccine were ‘tight’ but ‘stable’, and said he hoped all adults would be given their first dose by the end of July.

He also said he was ‘conscious’ that the recommendation from the Joint Committee on Vaccination and Immunisation that the AstraZeneca vaccine should not be used for those under 40 had placed ‘increased pressure’ on supplies.

Asked if supplies would be ‘tight’ in the coming weeks, he replied: ‘It will be, there is no doubt. I’ve said that the determining factor in terms of vaccine-in-arms is supply.

‘And supply remains finite, but it is stable… Pfizer have done remarkable things to increase their production, not just for us but for the whole world… But it is tight.’

Although adults in their twenties and thirties can, in theory, be offered the Moderna jab as an alternative to Oxford/AstraZeneca, supplies are limited. This places even more pressure on the availability of Pfizer doses. 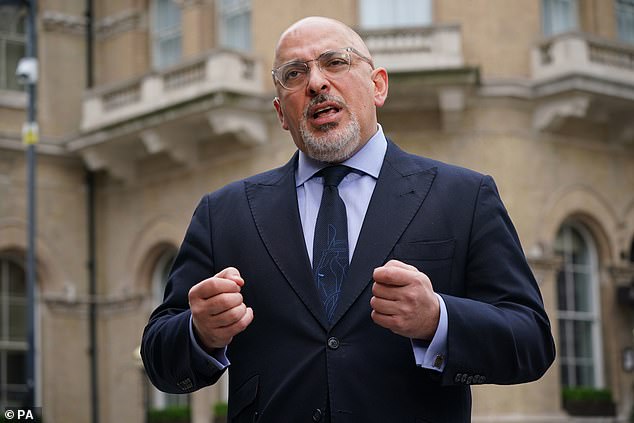 He wrote a letter to Health Secretary Matt Hancock – obtained by the i newspaper – saying stocks in Scotland would likely dip this month before recovering again in July.

Mr Zahawi said he was ‘absolutely confident’ Scotland would get the Pfizer doses it needs to meet its targets.

Pfizer said it remains on course to ‘continue to deliver a steady supply of vaccines to the UK’.