Brussels erupted in violence on Saturday as anti-lockdown protesters clashed with police outside the European Union headquarters. Thousands of furious protesters marched on the European Union buildings in Brussels, protesting against ongoing coronavirus lockdown measures. The march called on Europeans “to claim back their freedom,” amid tense scuffles with police.

The protest, which started in a major city park Bois de la Cambre, moved towards the square where EU offices, including the European Commission building, are located.

Dozens of riot police and barricades were deployed to hold back protesters from entering the building.

Scuffles broke out between the riot police and protesters in the afternoon, as police tried to block off access with barbed wire.

Police also used teargas in order to contain the demonstrators in the Rue de la Loi and the Avenue de la Joyeuse Entrée.

JUST IN: Only China and Russia will benefit from Biden’s corporation tax plans 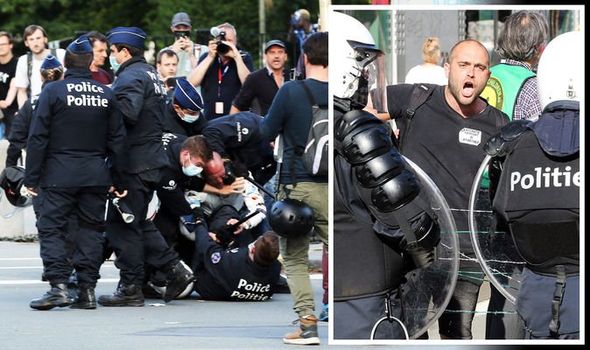 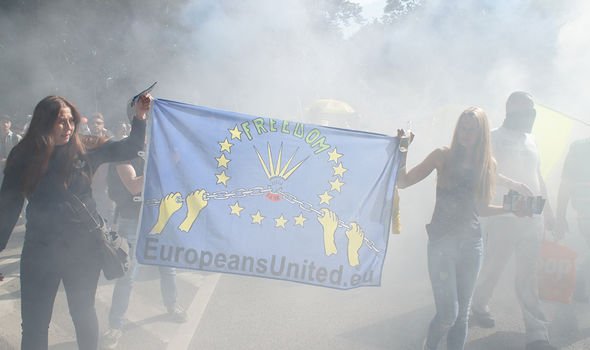 The march was dubbed the ‘European Demonstration for Freedom & Democracy’.

People came from across Europe for the march, including Miriam, 48, from the Netherlands, who told reporters she was there “for my children”.

One demonstrator, a Belgian woman in her 20s, pointed to the riot gear as she told reporters: “It’s war they want – look at them, look at us.”

Police officers had dispersed most of the protesters by early evening with no arrests.

PMQs: Johnson claims Blackford wants to be 'run by Brussels' 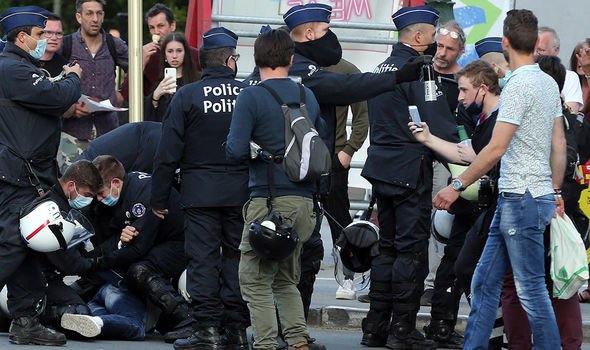 Belgium is currently in the process of loosening coronavirus restrictions as the pace of Covid vaccinations accelerates.

The number of infections and hospitalisations are also slowly falling. 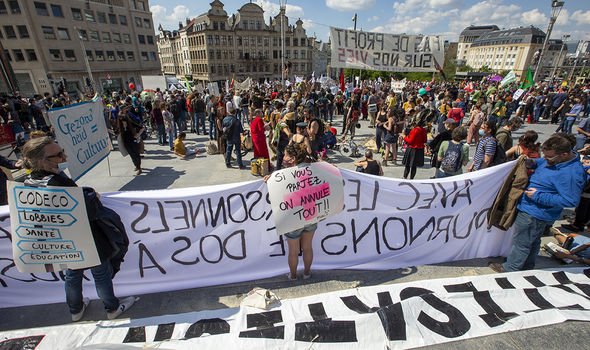 These parties, nicknamed Boum 1 and Boum 2, led to clashes with police who used tear gas and water cannons to disperse crowds, resulting in numerous arrests and injuries.

Justine Lombard, a doctor’s assistant, told the press: “We are tired because the Covid crisis led to more working hours in hospitals, less hours to rest.

“A lot of time off has been canceled to take care of patients.

“That was normal, and everybody was happy to do it because it is our job, this is what we signed on for, but people have to realize that this situation cannot last any longer.”