Six former and present staff at the popular UK coffee chain admitted to changing the dates using a label gun since 2016.

Another 17 former workers told The Times they were aware of the practice while one other said they had seen it happening.

It comes after a customer shared a photograph of a mouldy cake that should have been thrown out on February 11, but was kept for another month.

Mirza Sameer Khalid bought a mouldy raspberry and coconut crumble bar on Monday at a branch in Chesham, Buckinghamshire. 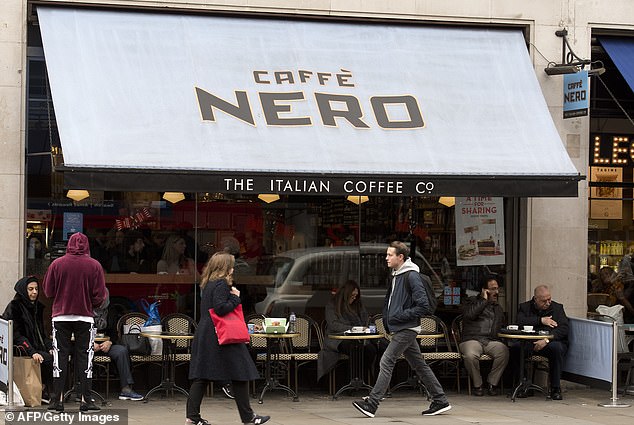 In a video on Facebook he removed the date label, which showed March 11, to find the original was dated February 13. ‘Look at that disgusting antique and the staff are in complete denial so stay away from these,’ he said.

The changing of labels happened more often around London, staff said, but was known to have taken place elsewhere across the UK.

Staff have since been ordered to ensure no products are relabelled and a company-wide message warned the practice was strictly banned.

The Food Standards Agency has asked an authority that advises councils nationally to investigate.

By law, food retailers can only change dates if it is validated as microbiologically safe, but this was not the case according to those spoken to by the newspaper.

Managers wanted to top up earnings of £25,000 with bonuses awarded for effective forecasting and ordering of food, they said.

One former manager revealed he was told to change the labels when he first started at the company as a trainee.

He said: ‘The assistant manager said, “You can’t throw it away”. We were told if it was a really hard muffin or cake, offer to microwave it.’ 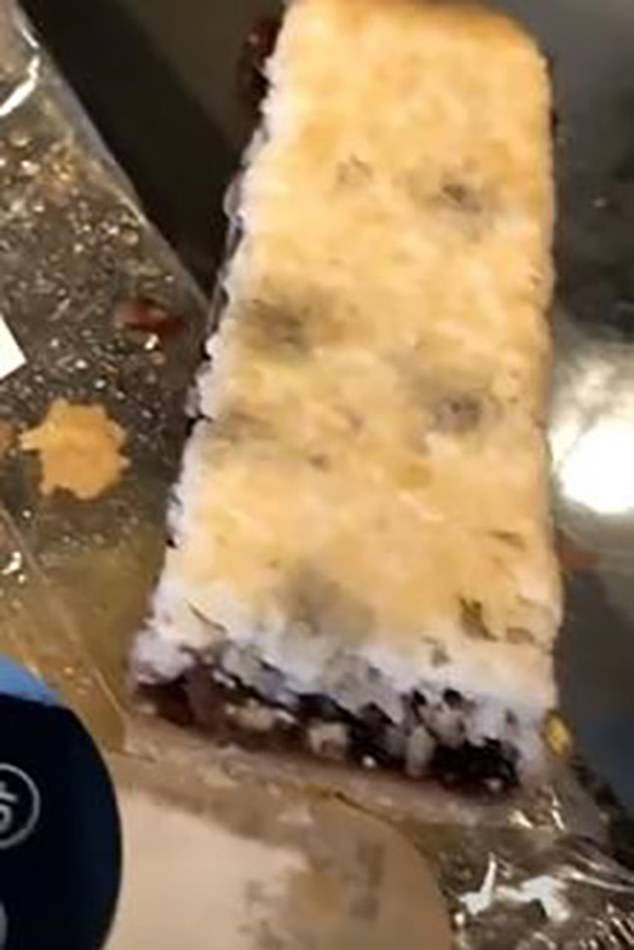 Mirza Sameer Khalid bought a mouldy raspberry and coconut crumble bar (pictured) on Monday at a branch in Chesham, Buckinghamshire

None of the employees The Times quizzed said they were encouraged to change dates by Caffè Nero chiefs.

A lawyer for the brand said: ‘This activity has never been tolerated in the 24 years of Caffè Nero. This has never come as an issue in the past. There is nobody in the leadership team that would tolerate such activity,’

He added that only 20 complaints were made each year on food issues to central offices for the last three years.

Caffè Nero, with 800 sites and 5,700 workers, is renowned for its high quality training. Yet one worker said they learnt to change labels during their first week.

If a store sold £1,000 worth of products during one day, with a 1.5 per cent wastage allowance £15 worth of food will have been thrown out. To avoid this staff would simply paste a new label over the old.

A current barista told the newspaper the practice continued. He said: ‘We do so, yes, as to most of us too much food is being wasted otherwise as we are instructed to throw out certain items, mostly cakes, after two or three days even when they’re clearly still perfectly fine to consume.’