Call for crackdown on commercial cheating services for students

Online academic cheating services that offer to do assignments for less than $100 are targeting international students in Australia doing vocational courses at private colleges, including those that don’t require class attendance.

The peak body representing independent higher education providers is urging the federal government to extend legislation that outlaws the provision, or advertising, of academic cheating services, to the Vocational Education and Training (VET) sector.

The law, introduced in 2020, provides criminal and civil penalties of up to two years’ jail and fines of up to $100,000 where a cheating service or advertising is for a commercial purpose in the universities and higher education sector. 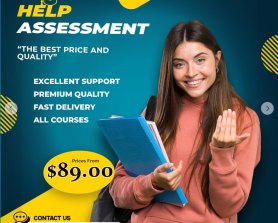 Troy Williams, chief executive of the Independent Tertiary Education Council Australia (ITECA) said his organisation has raised concerns with the Commonwealth about these services and a lack of class attendance requirements at some colleges. 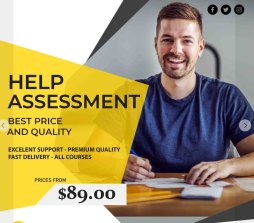 One of the advertisements posted on an international student chat group site on Facebook.Credit:Facebook

A Department of Education, Skills and Employment spokesperson said the Australian Skills Quality Authority has “zero tolerance for academic cheating and continues to undertake compliance monitoring activities of providers”.

“The regulators continue to monitor and respond to concerns that some providers may not be meeting their regulatory obligations,” the spokesperson said.

Commercial cheating services are promoting themselves on Facebook to international students. Assessment services advertised for $89 were taken down from Facebook on Friday after the Herald contacted the operator for comment.

Another provider who has spruiked his services to international students on Facebook, claiming he has helped students at Australian Pacific College (APC), says he can provide assessments for $70 to $90.

He has warned students on the Facebook private group ‘Brasileiros em Sydney’ that they risked being reported to immigration authorities if they fail to submit their assignments. 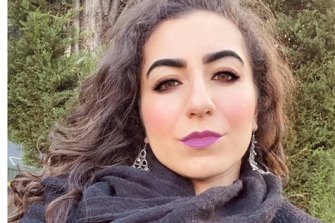 The Herald has contacted international students in the group who discussed Australian colleges based on their relaxed attendance requirements. There is no suggestion the students engaged in cheating.

Some students in the Brasileiros group have discussed a preference for APC because it was “flexible with attendance”. One student who did not want to disclose their name for privacy reasons said she studied marketing at APC and didn’t have to attend classes. “However you have to submit assignments and the only thing they check is plagiarism,” she said in Portuguese. Another said she did not take the course seriously and enrolled to secure her visa.

Brazilian student Rebeca Fattori who attends Nortwest College in Sydney said many international students were looking for colleges that were “chill with attendance”. “Life in Sydney is not cheap, so we have to work,” she said.

A spokesman for Nortwest said attendance monitoring was not necessary of mature-age students who were required to demonstrate academic progress to fulfil visa conditions.

He said Nortwest provided a minimum workload of 20 hours with trainers either face-to-face or online. Lectures were recorded available at all times. Nortwest used software for the detection of cheating and assessment tasks were changed annually.

“We have detected plagiarism from time to time, usually amongst the students,” the spokesman said. “Those students are marked as ‘failed’ and are required to resubmit their work at additional fees to them. We do not have resources to monitor third-party services providing cheating services.”

A student who has returned to Brazil after studying at ILSC, an English language school in Sydney, Nathália Mulezini, said many students who are unable to get work holiday visas had enrolled in courses to fulfil visa requirements. “You just have to make sure you are sending your assignments on time and once in a while you must show up there,” she said.

“The courses are strong and some of them a bit hard, but you can find a lot of the content on the internet which helps and the teachers aren’t very strict. It’s a cheaper way to stay legal in the country and to work.”

An international student who attended ILSC in 2019, who did not want her name published, said many students were doing courses “only to keep [their] visa” and because migration agents had recommended particular colleges “because they get commission for enrolling people there”.

The Herald has previously reported that some agents who recruit students in Australia are getting commissions of up to 50 per cent and additional cash bonuses as high as $300,000.

Brazilian student Welington Bernardes, who is studying leadership and management at APC, said he needed to attend his course twice a week. He said his main reason for doing the course in Sydney was to fulfil his visa requirements.

A spokesman for APC said VET colleges were not required to report on attendance, which APC monitored. They reported on student progress.

“I know that a lot of people can deduce that more attendance leads to more learning, but that’s not the case,” the spokesman said. “It’s a mindset we need to move away from … Mere attendance does not indicate engagement.”

The spokesman said plagiarism was a problem faced by all education providers. He said his college had contacted companies that had promoted cheating services to students “seeking the removal of all of our assignments from their websites”.

Another private college operator, who spoke on the condition of anonymity, said he wanted the federal government to “clamp down on colleges” that do not require students to complete adequate face-to-face hours because “they were giving the sector a bad name”.

“At our colleges we have online classes with a live teacher and student attendance is taken. We are as strict as we can be,” he said.

The operator said online cheating was difficult to monitor.

“In addition to attendance, institutions should look into other ways to monitor student progress in their courses, so that support can be provided in time before they fail their courses and have to repeat,” he said.

VET courses were required to offer a minimum of 20 scheduled contact hours per week to international students. More flexible attendance has been allowed during the COVID-19 pandemic, but education providers were required to document assessment standards.

International Education Association of Australia chief executive Phil Honeywood said the pandemic had exacerbated a fight for international students who had managed to stay in Australia.

“In a minority of cases, the need for some colleges to keep their doors open, has led to a lack of focus on quality provision,” he said.

Ravi Singh, managing director of Global Reach which represents Australian universities in south Asia and president of the Association of Australian Education Representatives in India, described some private vocational and education and training providers as “visa factories where the courses are just to enable the visa onshore” at relatively low cost.

Mr Williams said he knew of “only two or three” private VET providers that offered study “without face to face”.

“If there is no confidence that an Australian vocational training international education is of value and is only a process to a visa, that undermines confidence in the whole system,” he said.