A developmentally disabled man allegedly put on a “demonic mask,” played the theme song from the horror film “Halloween” on his iPod, and stabbed his caretaker more than 30 times with a kitchen knife in a group home near Chicago on Saturday, authorities said. 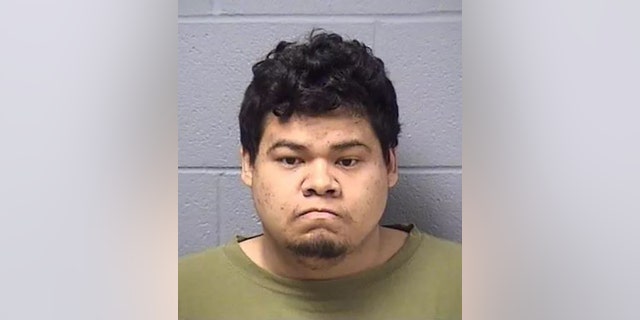 Ederaldo Frantz, 24, is accused of stabbing his caretaker more than 30 times while wearing a "demonic mask" and playing the theme song for the horror film "Halloween."
(Will County sheriff’s office)

Authorities responded to a residential home for people with mental disabilities in Plainfield, Ill., around 8 p.m. Deputies found Frantz sitting in the front yard wearing the Halloween mask with blood on his arms as he was being detained by Plainfield officers. 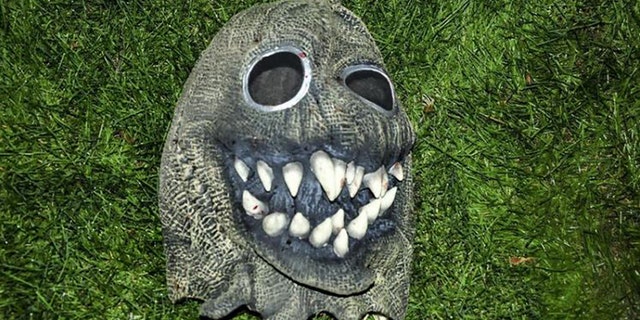 The Will County sheriff’s office released this image of the "demonic mask" Frantz was found wearing at the scene of the attack.

“It’s straight out of a horror movie,” Will County Sheriff Deputy Chief Dan Jungles told the Chicago Tribune. He described how Frantz allegedly stabbed the woman about six times, then continued to attack her outside after she fled the building.

The blade of the knife broke off during the attack and got stuck in the woman’s chest, police said in a statement. The woman underwent surgery and is expected to recover.

Will County Judge David Carlson approved a request for a fitness evaluation Wednesday. Frantz will be evaluated to see if he understands the charges against him enough to withstand trial.

He is currently being held at the Will County Adult Detention Facility on $500,000 bond before his next scheduled court appearance on June 27.

Plainfield is about 39 miles southwest of Chicago.