HONG KONG (Reuters) – Chinese paramilitary forces conducted exercises across the border from Hong Kong on Thursday, raising fears that Beijing may be preparing to act against mass demonstrations in the Asian financial hub it has described as “near terrorism”. 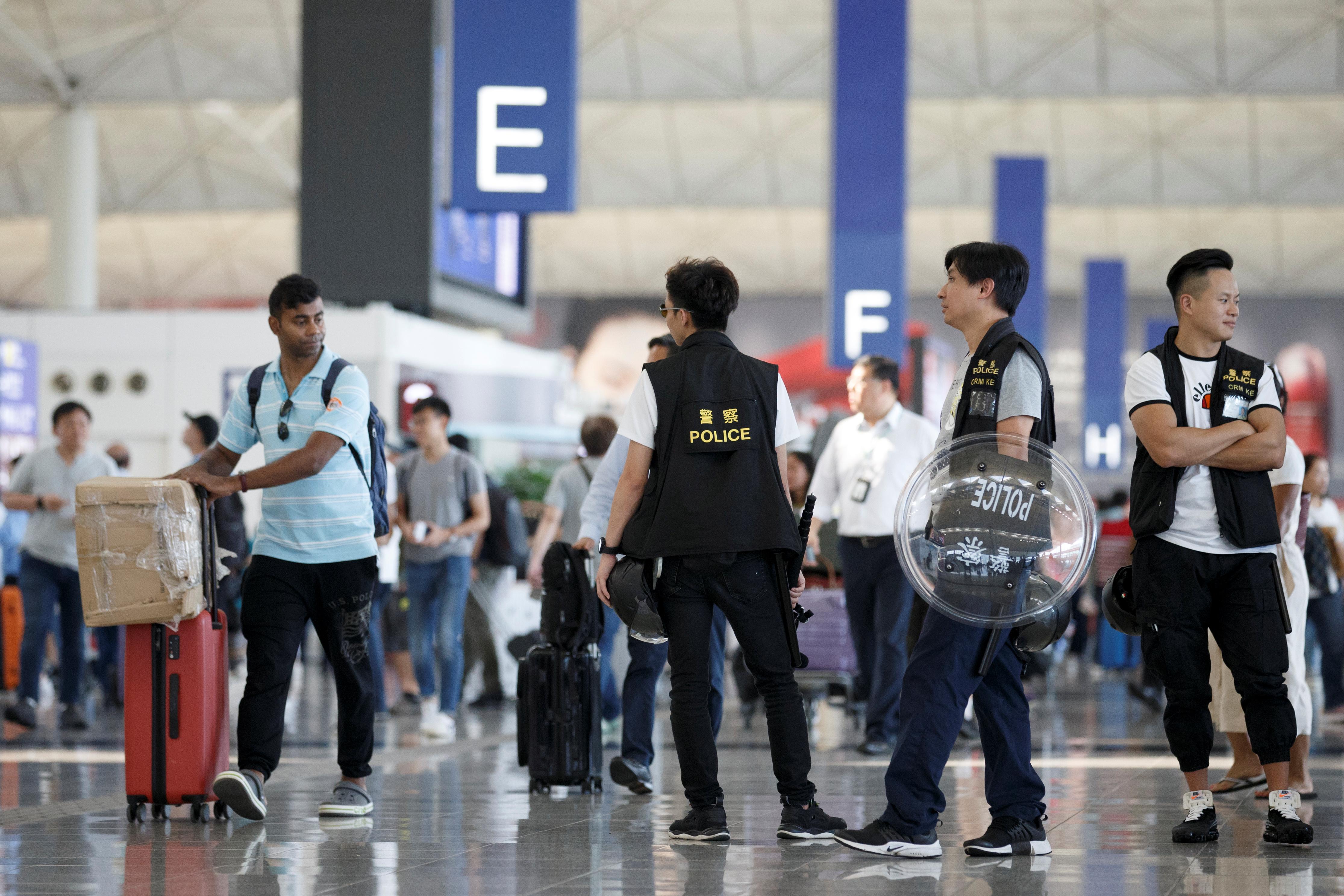 Hundreds of members of the People’s Armed Police could be seen at a Shenzhen sports stadium where parking lots were filled by more than 100 dark-painted paramilitary vehicles, prompting U.S. concerns they could be used to break up protests across the border in Hong Kong.

China reiterated on Wednesday that Hong Kong’s protests were “near terrorism” as more street clashes followed ugly and chaotic scenes at the airport two days ago, when protesters set upon two men they suspected of being government sympathizers.

Seventeen people were arrested on Wednesday, bringing the total number detained since June to 748, police told a news conference, adding that police stations have been surrounded and attacked 76 times during the crisis.

Police tactics are toughening after 10 weeks of increasingly violent confrontations between police and protesters have plunged Hong Kong into its worst crisis since it reverted from British to Chinese rule in 1997.

The protests represent one of the biggest populist challenges for Chinese President Xi Jinping since he came to power in 2012 and show no immediate signs of abating.

U.S. President Donald Trump tied a U.S.-China trade deal to Beijing resolving the unrest “humanely”, and suggested he was willing to meet Xi to discuss the crisis.

“I have ZERO doubt that if President Xi (Jinping) wants to quickly and humanely solve the Hong Kong problem, he can do it. Personal meeting?” Trump said on Twitter.

The U.S. State Department said it was deeply concerned over reports that Chinese police forces were gathering near the border with Hong Kong and urged the city’s government to respect freedom of speech.

The department also issued a travel advisory urging U.S. citizens to exercise caution when visiting Hong Kong. China has frequently warned against what it regards as outside interference in an internal issue.

Other foreign governments have urged calm. France called on Hong Kong officials to renew talks with protesters, while Canada said China should handle the protests with tact.

The latest protests have far exceeded the scope of those during the pro-democracy “Occupy” movement that brought parts of the city to a standstill over three months in 2014.

A leader of those protests, law professor Benny Tai, was granted bail on Thursday after being jailed for two months for public nuisance offences relating to the 2014 demonstrations.

Tai said he was very touched by the sacrifices people had made to defend the city’s core values. “The golden era of Hong Kong is yet to come, and I believe the time is not too far away,” said Tai, whose appeal remains pending.

Protesters expressed remorse after a peaceful sit-in turned violent this week in one of the world’s busiest airports.

It was not yet clear whether the clashes had eroded the broad support the movement has so far attracted in Hong Kong and despite adding to the city’s faltering economy.

The protests could push Hong Kong into a recession, research firm Capital Economics said, and risked “an even worse outcome if a further escalation triggers capital flight”.

Hong Kong’s property market, one of the world’s most expensive, would be hit hard in that scenario, it added.

Financial Secretary Paul Chan unveiled a series of measures worth HK$19.1 billion ($2.44 billion) on Thursday to tackle economic headwinds, but he said it was not related to political pressure from the protests.

Business and citizens’ groups have posting full-page newspaper advertisements that denounce the violence and back Hong Kong’s government.

The Chinese Securities Association of Hong Kong said the city’s reputation would be seriously damaged if the unrest did not stop soon.

Protests were planned across several districts of Hong Kong from Thursday, including a teachers rally, and one organized by animal lovers upset that their pets were being tear-gassed.

The Civil Human Rights Front, which organized million-strong marches in June, set another protest for Sunday. 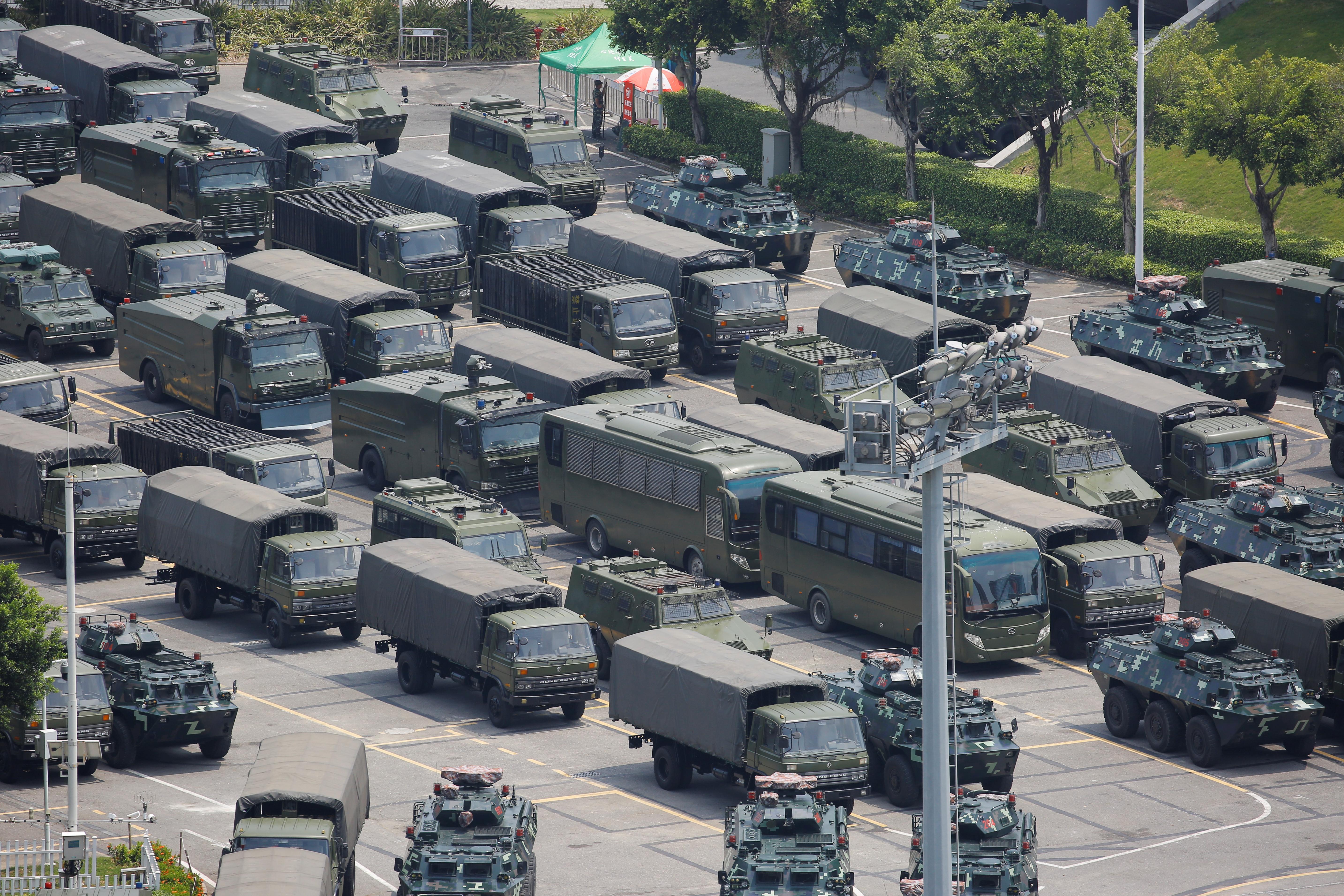 The protesters have five demands, including the complete withdrawal of a now-suspended extradition bill that would have allowed criminal suspects to be sent for trial in mainland Chinese courts.

Opposition to the extradition bill has developed into wider concerns about the erosion of freedoms guaranteed under the “one country, two systems” formula put in place after Hong Kong’s return to Chinese rule in 1997.

The protesters also want authorities to stop referring to their actions as “rioting”, charges against detainees dropped, a resumption of political reforms and an independent inquiry into police actions during the unrest.

END_OF_DOCUMENT_TOKEN_TO_BE_REPLACED

END_OF_DOCUMENT_TOKEN_TO_BE_REPLACED
Recent Posts
We and our partners use cookies on this site to improve our service, perform analytics, personalize advertising, measure advertising performance, and remember website preferences.Ok