With the festive season just around the corner, hopes of a widespread white Christmas are likely to be scuppered – with the exception of the Scottish highlands – but it does look like the colder weather will hit the country in time for the big day.

Between Christmas and New Year new weather charts show Scotland is set to be blanketed in up to 25 inches (66 cm) of snow on December 29, with swathes of northern England and parts of the Midlands also forecast to receive a sprinkle.

On December 25, only the highlands of Scotland are expected to have a white Christmas with up to five inches (12 cm) of snow likely to fall, according to new WX Charts.

The north and east will see the greatest chance of showers, with these falling as snow in places especially in higher ground regions.

Michael Fish, forecaster for NetWeather TV, said: “The big question is whether it is going to be a white Christmas? 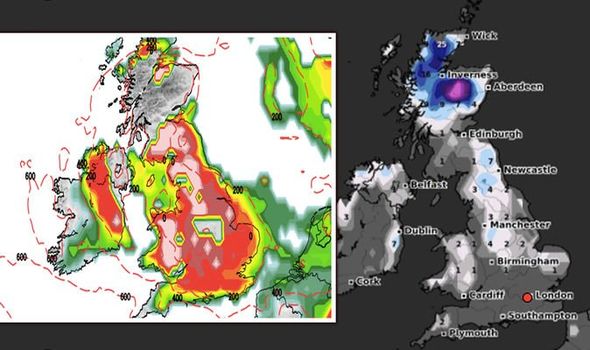 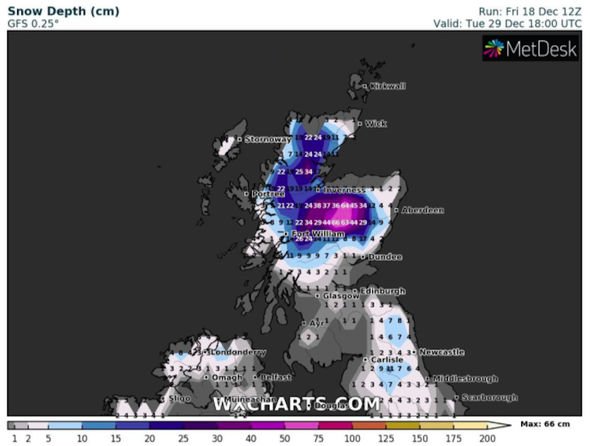 “The answer to that is well there a slight possibility of showers in the north and east but it’s a long way off.”

According to new charts from NetWeather, the entire country is expected to see some snow from December 27.

The new charts revealed the entire country facing a snow risk, with Scotland, the north and parts of Wales most at risk of snow this month.

Coastal regions are less likely to see any snowfall this winter but southern parts of the country will enjoy the winter weather. 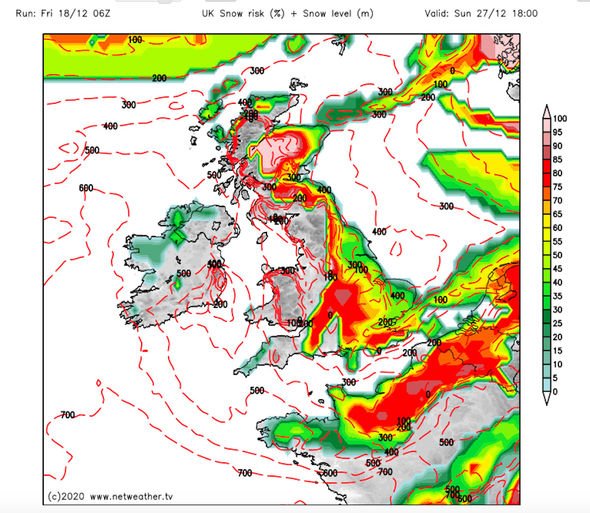 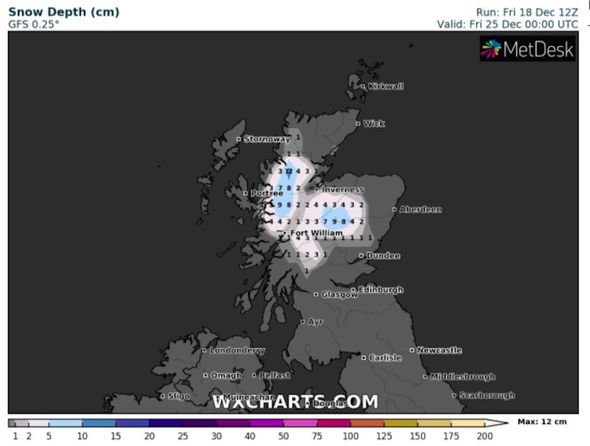 Scotland and parts of northern England are expected to see at least six inches of snow.

Snow depth will reach up to 25 inches (66cm) in Scotland from December 29, with northern England and the Midlands also expected to see some snow throughout the rest of the month.

Up to four inches (11cm) of snow is likely to fall in areas such like Manchester and Wales.

Throughout December, the weather will remain cold with potential for strong winds in the far south at first and they are expected to be confined to the north as January approaches.

The MetDesk tweeted: “Some colder weather still looks to be on the way for the UK (and western Europe) over the Christmas period, as mild south-westerly winds are replaced by a north-westerly flow, and pressure builds to the west of UK.”

Temperatures are expected to remain mild for now but colder weather is expected to sweep across the country from Wednesday and Thursday this week.

In his weekly forecast, Mr Fish continued: “As for Christmas Day, it looks like it will be on the chilly side and after the Christmas period, the cold plunge will bring some wintry weather.”

According to the Met Office, temperatures will be either close to or below normal. 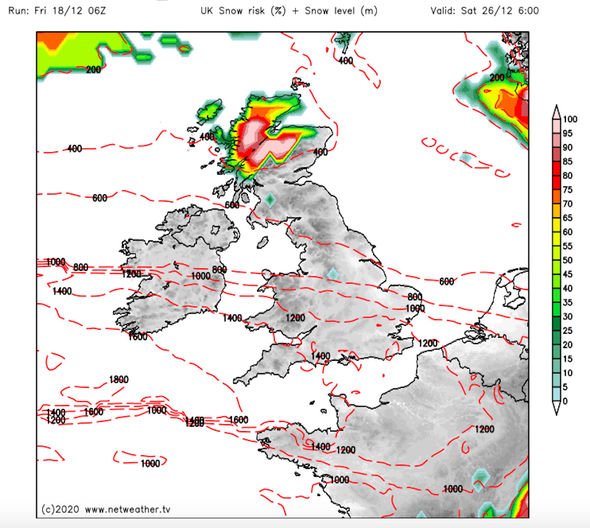 Justina Gilbert, of The Weather Company, previously warned there could be a chance of snow on Christmas morning for parts of the country on higher ground.

She told Express.co.uk: “As for Christmas Day, we are still looking at temperatures across the UK trending colder from Wednesday 23 as a cold front clears to the continent and a colder air mass is brought in behind.

“We are looking at drier conditions for most through Thursday 24 with rain feeding into western areas at times and snow to higher levels of the Cambrian Mountains and Scottish Highlands.”

Jo Farrow from Netweather also added a northerly flow from the Arctic may blast cold conditions over the festive period. 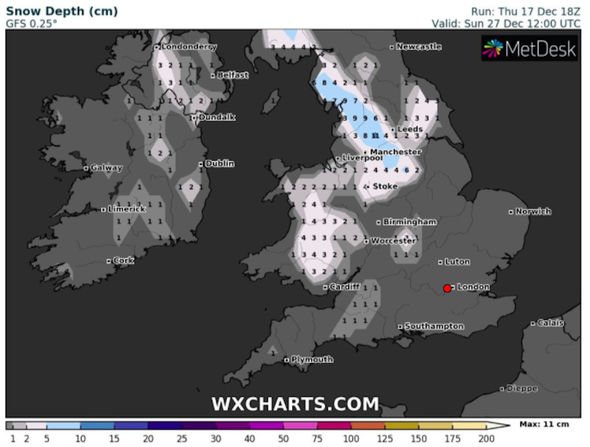 She said: “There are signs of it turning colder later next week, with a shift to a more northerly flow.

“This northerly shift doesn’t guarantee you Christmas snow, but it won’t be as mild as it has been this week.”

END_OF_DOCUMENT_TOKEN_TO_BE_REPLACED

END_OF_DOCUMENT_TOKEN_TO_BE_REPLACED
Recent Posts
We and our partners use cookies on this site to improve our service, perform analytics, personalize advertising, measure advertising performance, and remember website preferences.Ok