BOGOTA (Reuters) – A former commander of the Marxist FARC rebel group took his seat in congress on Tuesday, 11 days after being released from prison on drug trafficking charges that prevented him from being sworn in last year. 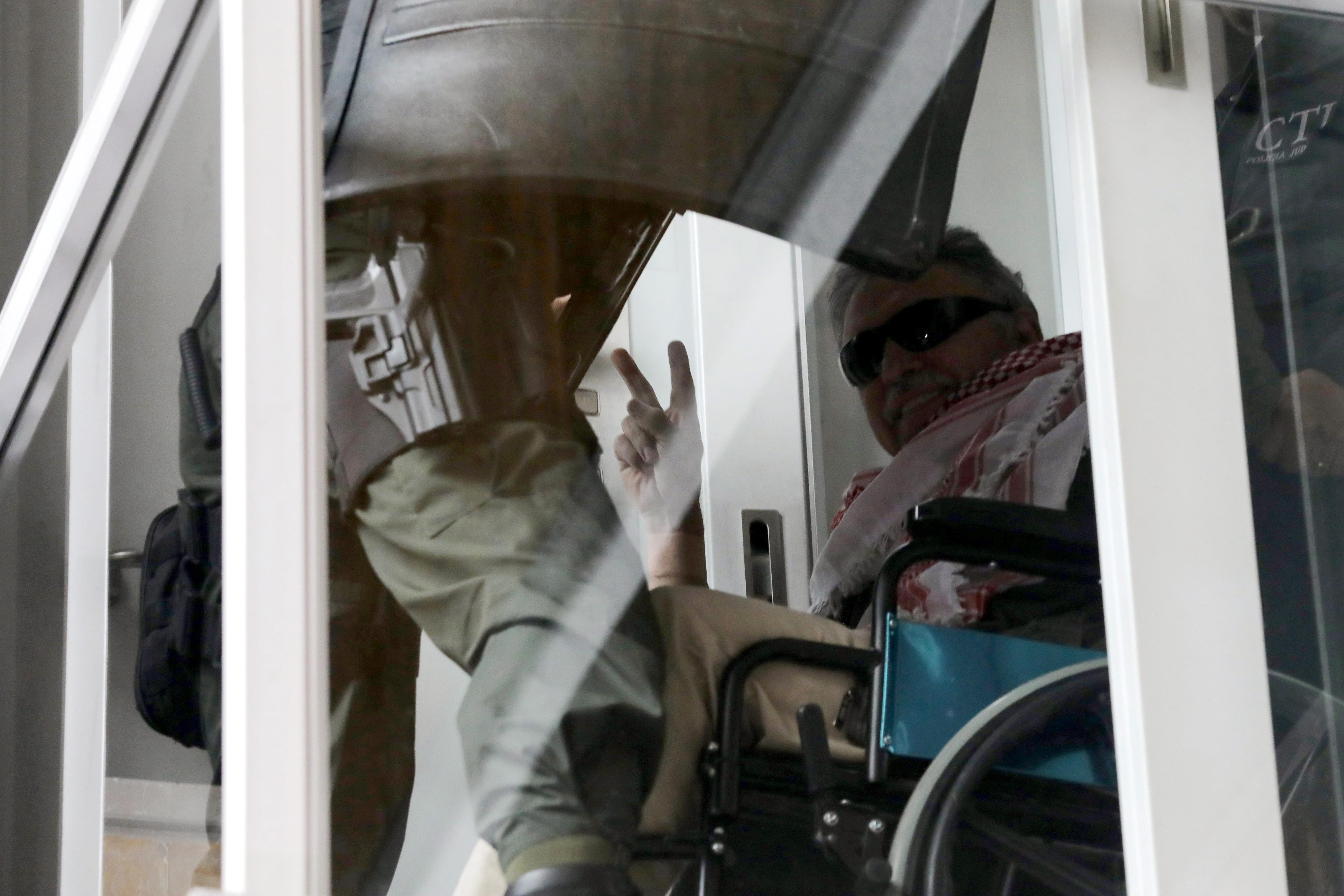 The Supreme Court ordered the release of Seuxis Paucias Hernandez, better known by his nom de guerre, Jesus Santrich, in the latest development in a legal saga over his detention and possible extradition to the United States.

Hernandez was indicted more than a year ago by a U.S. grand jury for conspiracy to export 10 tonnes of cocaine, worth $320 million in street value.

Last month he was released from prison in Bogota under the orders of a special tribunal, before being immediately re-arrested on what the attorney general’s office said was fresh evidence in the case.

Hernandez was one of 10 members of the former Revolutionary Armed Forces of Colombia (FARC) set to take up congressional seats guaranteed through 2026 by the peace deal, which was inked in 2016 and led thousands of guerrillas to demobilize.

“I want to work to the extent I can to strengthen the peace agreement,” Hernandez said after being sworn in.

Hernandez, 52, was arrested before being sworn in, but because he is recognized as a lawmaker, his case must be heard by the Supreme Court.

The first body to order Hernandez’s release last month was the Special Jurisdiction for Peace (JEP), a tribunal created to prosecute FARC and military leaders for alleged war crimes.

Because the JEP has jurisdiction over crimes committed during the conflict, Hernandez’s extradition can only go ahead if the alleged conspiracy took place after the deal.

In its ruling, the JEP said the evidence did not allow it to evaluate whether or when Hernandez committed the crime.

The country’s beleaguered attorney general, beset by questions over ties to the Latin America-wide Odebrecht corruption scandal, resigned in protest over the JEP’s decision.

The FARC’s political party has said the case against Hernandez is a setup that threatens the peace deal.

President Ivan Duque was elected on a promise to change parts of the accord, but has been unable to get congressional support for his modifications.

The U.S. Embassy referred reporters to a May 16 statement it released after the JEP’s decision, in which it said that ruling was “regrettable” and that no judicial back-and-forth changed the fact Hernandez has been indicted by a grand jury.