A plan to revive Melbourne's moribund city centre through tax relief, deregulation, commuter incentives and repurposing of vacant commercial buildings is being considered by the Victorian government ahead of the state budget expected on November 10.

Free train travel and coffee, suspension of payroll and fringe benefits tax, waiving of fees for new liquor licences and the transformation of office space into affordable housing and shared working spaces for start-ups, students and artists are among the measures proposed by a high-powered group of business and civic leaders. 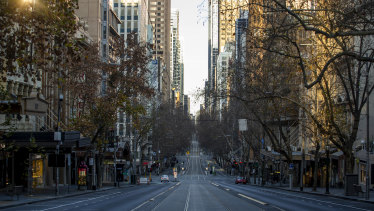 Melbourne’s Collins Street has been deserted for months.Credit:Wayne Taylor

With Victoria recording only a handful of new COVID-19 cases in recent days, Premier Daniel Andrews has promised to announce today "significant'' easing of Melbourne's stage four restrictions but has dismayed the retail and hospitality sectors by ruling out any immediate steps towards the reopening of shops, cafes and bars.

Instead, the changes are likely to be confined to households, with people given more freedom to leave their homes to gather with family and friends.

“I know businesses want to get back … but you've got to do it safely,’’ Mr Andrews said.

Click here to read the rest of the story.

London: Britain has recorded 16,171 new cases of coronavirus within 24 hours, according to government data published on Saturday, compared with 15,650 the previous day. 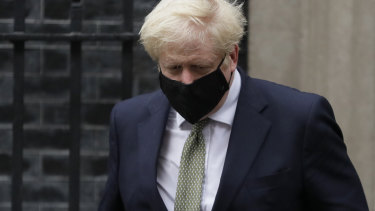 British Prime Minister Boris Johnson has announced the England will go into a tighter lockdown.Credit:AP

The data showed 150 new deaths from COVID-19, defined as having occurred within 28 days of a positive coronavirus test, compared to 136 on Friday.

NSW Health has issued an alert after positive cases visited multiple venues in western Sydney and the south coast in the past nine days. The state recorded five new locally acquired cases on Saturday.

With 14,378 tests processed in the latest reporting period, the state also had two cases diagnosed in hotel quarantine.

Four of the locally transmitted cases confirmed on Saturday are linked to the Oran Park cluster. Three of those cases are a family who attend the Greater Beginnings Childcare Centre Oran Park while the fourth is an educator at the centre.

'We're so close,' but Andrews will not please everyone on Sunday

Premier Daniel Andrews says he is ready to be attacked for failing to ease enough restrictions when he announces on Sunday the next stage out of Melbourne’s gruelling three-month lockdown.

Hopes for significant easing soared on Saturday after the state recorded just one new COVID-19 case and no deaths but the good news came with a warning about mystery cases from both the Premier and the Chief Health Officer.

Mr Andrews has all but ruled out letting retail or hospitality open up immediately, even for outdoor dining, but he hinted that announcements on opening up shuttered businesses in Melbourne could follow within days.

The restrictions to be lifted or eased on Sunday are likely to be those on social and family gatherings in outdoor settings with public health specialists also modelling scenarios for lifting the controversial five-kilometre travel limit, potentially to 20 kilometres.

G'day all! It's Roy Ward and I'll be in the hot seat for today's COVID-19 blog as Victorians nervously wait to hear what restrictions Premier Daniel Andrews will ease following weeks and weeks of lockdown and sacrifice.

We will be covering his press conference and have a live stream, which is expected later this morning or early this afternoon while we will also be covering developments around the country and the world with NSW looking to keep down their local transmission and Queensland seeking out the source of fragments of virus being found in Brisbane's sewage despite reports of next to no cases.

Enjoy the day to come!

END_OF_DOCUMENT_TOKEN_TO_BE_REPLACED

END_OF_DOCUMENT_TOKEN_TO_BE_REPLACED
Recent Posts
We and our partners use cookies on this site to improve our service, perform analytics, personalize advertising, measure advertising performance, and remember website preferences.Ok