A new COVID vaccine efficacy study from Israel has concluded Pfizer/BioNTech’s jab is up to 85% effective after the first dose.

The research, conducted by the Sheba Medical Centre, the country’s largest hospital, is published today in the Lancet Medical Journal.

The hospital assessed the vaccine effectiveness of the first dose of the Pfizer/BioNTech vaccine among 7,000 of its healthcare employees.

The workers each received their first dose in January and the research team observed an 85% reduction of clinical (symptomatic) COVID-19 between 15 and 28 days after the jab.

But critically, they also observed efficacy in asymptomatic patients.

The study found that all infections, including asymptomatic, were reduced by 75% after the first dose.

Professor Eyal Leshem, an infectious disease expert and director of Sheba’s Institute for Travel and Tropical Medicine, told Sky News: “This is first real-world evidence of effectiveness that shows up after the first dose of the vaccine.” 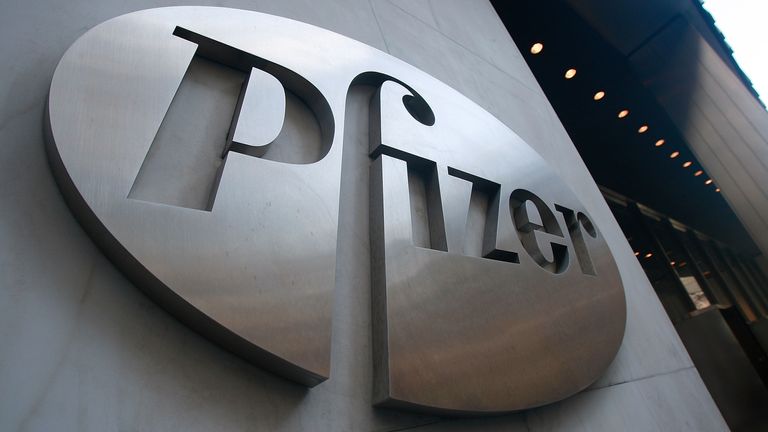 The analysis, which has been peer-reviewed, provides a much more positive outlook than separate preliminary data released by other Israeli researchers from an Israeli healthcare provider, Clalit, last month.

With a larger sample of 200,000 patients, the January study saw a 33% drop in positivity 14 days after the first dose.

Professor Leshem said the sample in the new study, while smaller in size, was made up of healthcare workers giving it a useful focus. 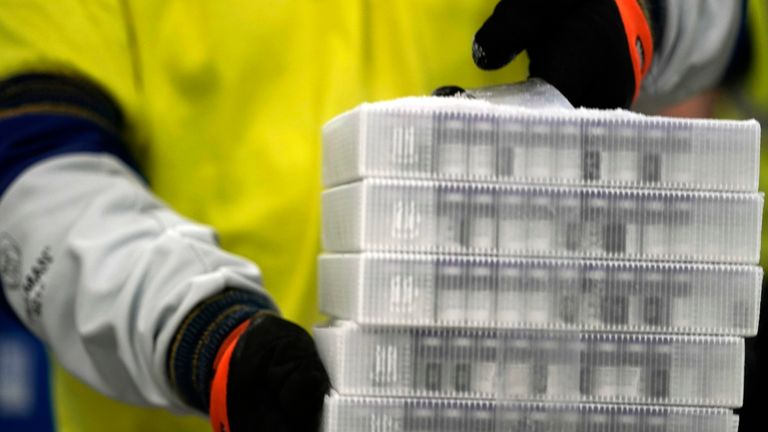 “[It] is very specific – it’s a closed group of persons – with very easy access to healthcare and to testing – these are Sheba healthcare workers.

“So the minute they get either exposed or have the mildest of symptoms, they went ahead and got tested, whereas if you were a Clalit-insured person [in the January study] it could take several days. You could forego testing because it’s difficult and you’re asymptomatic or just had small exposure.”

The latest study will be seen as a boost to the UK-government decision to delay the second vaccine dose well beyond the manufacture recommendation of three weeks. Professor Leshem said: “I like more cautious statements,” but he added: “I would say there is some evidence to support the decision to postpone the second dose, because, on one hand, we seem to have very good effectiveness of the first dose: early and high effectiveness.

“And on the other hand, postponing the second dose will allow much higher coverage… given the limited vaccine supply.” 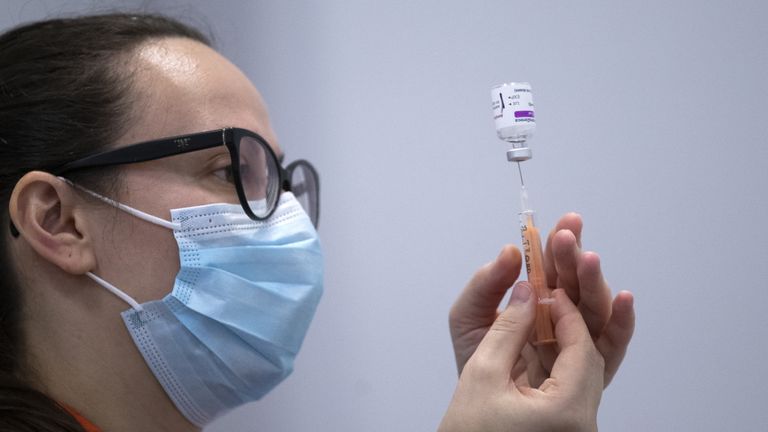 In December, the UK government announced that it would delay the second dose in order to inoculate as many people as possible with the first dose in an effort to protect more of the population.

It based its decision on advice from the UK government’s Joint Committee on Vaccination and Immunisation (JCVI).

A document issued by the JCVI, to justify delaying the second dose for up to 12 weeks, said: “Using data for those cases observed between day 15 and 21, efficacy against symptomatic COVID-19 was estimated at 89%, suggesting that short term protection from dose 1 is very high from day 14 after vaccination.”

The Israeli data looked at efficacy up to four weeks after the first dose. The study doesn’t give any evidence-based indication that the efficacy holds up for 12 weeks. However, Professor Leshem said it’s a fair assumption that efficacy would be maintained beyond four weeks. 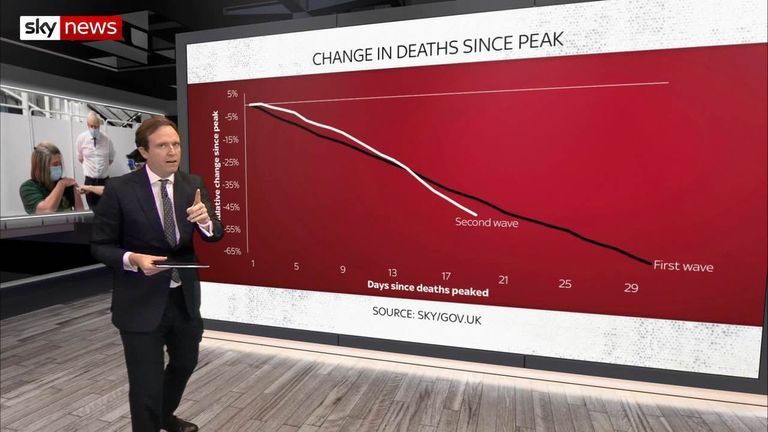 “We actually think this assumption is very reasonable physiologically,” he told Sky News.

“The physiology of the vaccine is that immunity doesn’t wane very quickly after receiving a dose.

In the trends of protection, we are seeing in the early period between the third week and the fourth week is that the further we go from the first dose, the better protection is. It is possible that after week four, protection is even better 85%.

“It still needs to be tested, and it will be better tested in the UK where there are more persons that received only one dose. In Israel, the majority, get the second dose on the fourth week so we won’t have a large population with only one vaccine.”